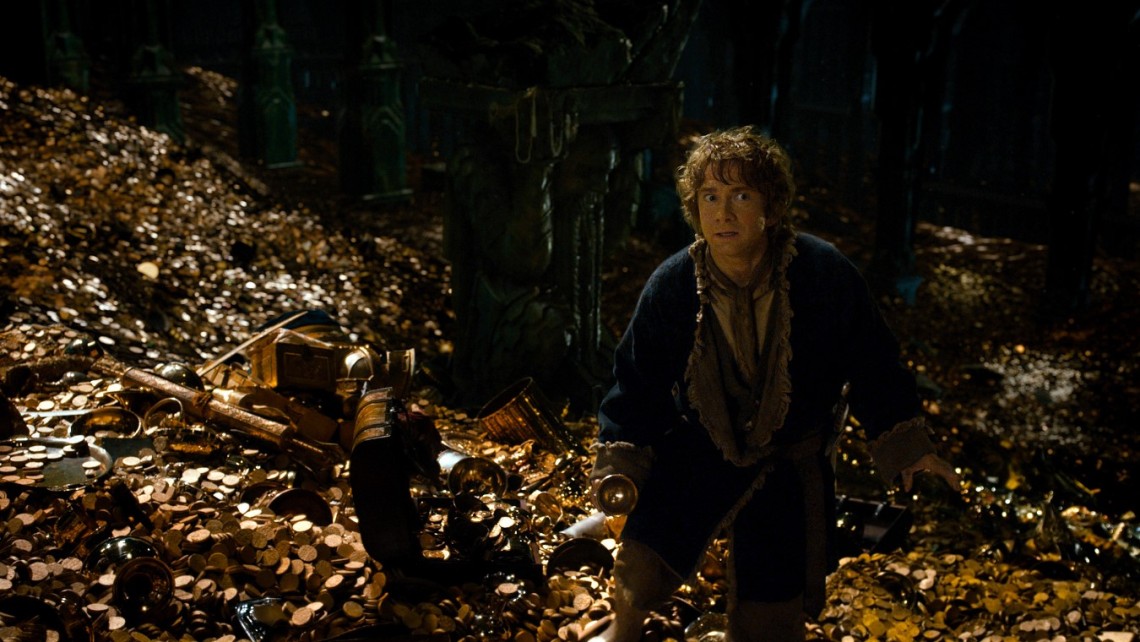 Like frosty northern winds and barren branches on the trees, winter is here and so is another adaptation of the J.R.R. Tolkien saga. We have director Peter Jackson to thank or curse for the perennial phenomena, but rest assured, The Hobbit: The Desolation of Smaug is no worse than its predecessor. If anything, it’s a small improvement.

In case you forgot, the prequel to the Lord of the Rings trilogy follows Frodo’s uncle, Bilbo Baggins (Martin Freeman), Gandalf the Grey (Sir Ian McKellen to mortals) and a merry band of dwarves on a quest to restore the dwarvish kingdom Erebor to its rightful owner. We finally meet the greedy dragon Smaug (voiced by a sinister Benedict Cumberbatch) in this second installation, as well as the human abode of Lake-town and the Wood Elves realm. You can also expect to see some familiar faces from the previous trilogy (Orlando Bloom returns as Legolas) and even British comedy (Steven Fry is here for his check).

Splintering Gandalf away from the rest of the group wasn’t the book’s most exciting development, but it makes for interesting parallel storytelling in the film. At 161 minutes, Desolation of Smaug could definitely be tightened, but it’s almost worth it to see the terrifying titular dragon brought to life. As the sneering, toothy monster towered over a Buster Keaton-esque Martin Freeman, my preview audience could barely catch its collective breath.

Unfortunately, this second trek through Middle-Earth feels a lot like the latter-day Star Wars episodes. There’s a dispiriting lack of energy in this second adventure; there’s no spring in Jackson’s step. The brisk pace that spurred the first trilogy through plenty of plot is mired by the padding out of this solitary title. Now that The Hobbit has been broken into several films, too many scenes feel unnecessarily stretched out. Thankfully, this middle edition spends a lot less time traipsing through the woods than last year’s An Unexpected Journey.

Jackson attempts a few new tricks here, but not all of them work. A watery ride down a river is shot from the vantage point of a few on-board cameras, which provides a great first-person view but looks like a cheap Amazing Race contest when blown-up on the big screen. And as in the first film, Bilbo doesn’t have much of an arc, going through very small changes very slowly. With so much additional material, he spends an awful lot of time off-screen, especially considering the movie is named after him.

One notable highlight, however, is Jackson’s decision to finally include people of color in Middle-Earth. It took five movies, but we finally got some diversity! While some purists may decry the addition of the elf Tauriel (Evangeline Lily), who wasn’t in Tolkien’s book, she certainly breaks up the sausage party and gives audiences another badass female archer to root for outside the Hunger Games. The film also adds color to Legolas’ backstory, and Jackson even makes a cheeky Hitchcockian walk-on cameo for the fans.

Fans of the first Hobbit film should find plenty to enjoy. The Desolation of Smaug still doesn’t capture the same epic spirit of adventure of the first trilogy, but it finally feels like The Hobbit is building momentum. I can only hope the final installment will be even better.