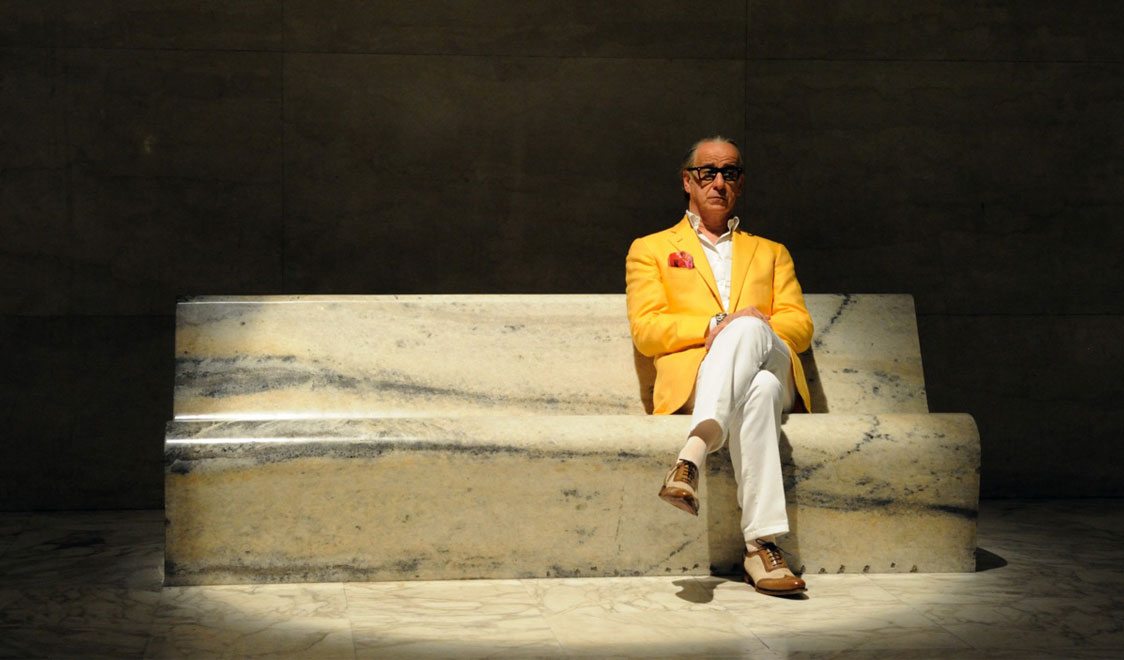 There’s Very Little To Admire About ‘The Great Beauty’

Paolo Sorrentino’s international breakthrough, Il Divo, played like a wan Scorsese homage, its stylistic excess a means of capturing the mindset of its protagonist (an Italian prime minister more gangster than politician) while also playing up its perversity. Nevertheless, where Scorsese’s movies disappear into their characters’ warped perspectives, Sorrentino’s film made sure to keep not one but both feet planted in an objective remove that seemed more designed to clarify the director’s own superiority to the subject than any clear-headed standpoint.

The Great Beauty exaggerates this problem tenfold, depicting the social circles in which writer Jep Gambardella (Toni Servillo) operates as hellholes of bourgeois rot and pretentious babble that throw the frame into paroxysms of rushing crane shots, rapid-fire editing and slick color tones. Its clear antecedent is Fellini’s La Dolce Vita, another whirlwind tour through the idle rich of an unequal Italy. Yet where La Dolce Vita marked the point that Fellini’s filmmaking became deeply, almost uncomfortably personal, The Great Beauty only further removes Sorrentino from what he critiques.Within minutes, an aesthetic break occurs between the decadence of the frame and the hostile tone the film adopts toward its own image, prefiguring Jep’s own existential separation from his surroundings as he muses on the wasted potential represented by his 65th birthday.

Consider how Sorrentino undercuts his opening, with its speedy rush through classical and Renaissance art, by smash-cutting suddenly into a Roman nightclub. It’s such an obvious play on high/low and old/new cultural juxtapositions that the only way to pull it off would be to embrace the absurdity of its cheap satire. Instead, the film instantly steps outside its own style, so that potentially poetic shots like that of a drunken woman slumped against a cuboid yard light are just part of a meat-grinder of imagery undone by frantic collage. The editing takes on properties of a Baz Luhrmann film, only without the phantasmagoric sensation of Luhrmann letting the sheer onslaught of the material overcome the senses. The Great Beauty, in contrast, infects even its most elegant tracking shots with a halting energy, to the point that even a lingering pause on the Colosseum in the background seems less a show of respect for Italy’s enduring culture than a manifestation of the crippling gravitational pull of that culture on a stagnant society.

This acidic tone informs Jep’s belated attempts to atone for his own wasted potential, to seek out “the great beauty” he could never find after writing his first and only novelette as a young man, leading to a stalled literary career. Instead of finding beauty, however, Jep criticizes his surroundings for lacking it. He interviews a modern artist for a publication, only to mock the woman for her pretentiousness and reduce her to tears. Later, he goes to get Botox in a salon that resembles the DMV more than a medical facility, with women (including a nun) coming up for shots of false youth. Most vicious of all is a scene in which Jep snaps at the card-carrying Communist among his gaggle of associates, attacking her commitment to the cause, her artistic bonafides, even her basic competence as a human being. Everyone falls silent as his critique builds in ruthlessness, but we’re left to feel she deserves it.

The Great Beauty positions itself as a riposte to the pessimism of the Berlusconi era, but what do these targets have to do with the corruption of Italian politics? Intellectual poseurs and shallow wealth are the outliers of a rotten society, not its signifiers. As such, the film’s “satire” targets the low-hanging fruit of superficial irritations over systemic grievances, an attitude that could reveal Jep’s myopic hypocrisy were the film not at its most triumphant in these moments. One must also wonder why the objects of the film’s scorn are almost exclusively women, who also act as simplistic devices on Jep’s path to self-realization. The latter comes in the form of a middle-aged stripper who provides him with inspiration, and a withered old saint-to-be who provides the final push to a mawkish epiphany.

Perhaps this reductive treatment of women as conflict generation and resolution is but another tie to Fellini, whose films traverse a great deal of thematic ground through sexual, and sexist, ideas. But where Fellini’s later works were less a critique of systems and more an experiential journey through the foibles of Italy’s old and new orders, The Great Beauty clearly aims at a more pointed appraisal of Italy’s seemingly insurmountable past and clouded present. In doing so, Sorrentino pulls as much from Antonioni as from Fellini, but just as he misapplies Fellini’s autocritique, so too is Antonioni’s ostensible bleakness oversimplified and negated. The desire within Antonioni’s films for mankind to live up to the society they allowed to evolve past them is nowhere in this movie, despite it being more explicitly hopeful than any of the late master’s cryptically optimistic work. The Great Beauty boils over with shapeless disdain, aimed everywhere but where it should be, and its smug superiority offers the lesson that something aesthetically pleasing can have no beauty at all.