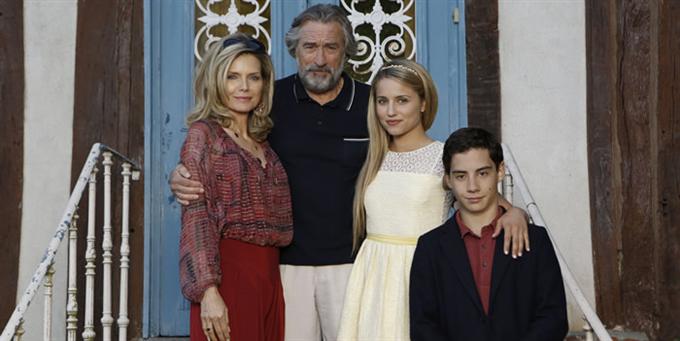 A grumpy Robert De Niro walks into a movie theater with an even grumpier Tommy Lee Jones. They each take their reserved seating on the front row, only to be informed that the film they were originally gonna watch, Vincente Minnelli’s Some Came Running, was misplaced. Instead, they got another film they wish to show: Martin Scorsese’s Goodfellas, completely distorting the laws of film reality considering James Conway himself is sitting in the audience. De Niro’s face lights up at the mere mention of it. Jones gives a sigh of despair, reminding the audience that De Niro is himself a (former) gangster under witness protection. De Niro tells him to calm the hell down right before the movie begins. He leans on his seat, fixated on the screen, the camera lingering on his wide-eyed face right as gunshots are heard before the famous line, “As far back as I can remember, I always wanted to be a gangster.”

This moment in Luc Besson’s The Family should be seen as Besson ostensibly kissing Scorsese’s ass, not only because of the presence of De Niro, but also from the fact that Scorsese himself is listed as an executive producer. Yet something about it wrings true. It is the only scene in the entire film with an ounce of a heartbeat. For a brief moment, I could see that someone involved in the production had something meaningful to say.

Unfortunately, that scene lasts less than five minutes; a lone island of interest in an hour and fifty minute slog of uninteresting characters, useless subplots galore, and generally bad writing.

The sad thing about The Family is that there is true talent involved. Besson still exhibits some action-directing chops–with a keen eye for establishing geography well with smooth camerawork and coherent editing–, and many of the cast members seem to be having some fun with the material, while even the sleepwalkers of the bunch like Tommy Lee Jones still shine at spots. Even Domenick Lombardozzi brings amusement as he essentially plays another version of his character from The Wire. But those looking for enjoyment in the actual storytelling department will be left behind.

It doesn’t help that The Family has one of the most trite story formulas imaginable: the witness protection comedy. De Niro, Michelle Pfeiffer, Dianna Agron, and John D’Leo play various members of a former New York mob family forced to move to an alternate version of Normandy, France where everyone conveniently knows fluent English, all while an army of thugs and crooks search for their heads. Then—uh-oh! Will this family of crime having to resort to traditional family values in a foreign culture be able to hold in their violent, American urges? Will hi-jinks and high-larity of the sort ensue? 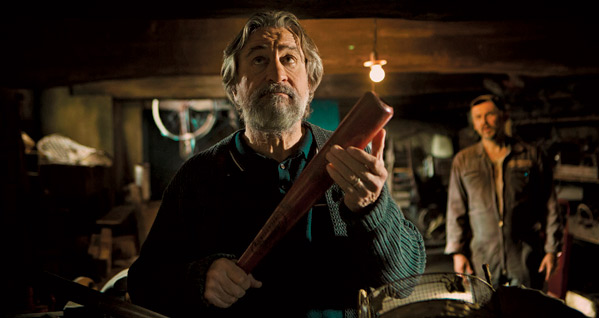 The film ultimately doesn’t do anything new or interesting with this worn-out formula save for an attempt to act as a metaphor for De Niro’s career: a brilliant actor known for some of the most violent, haunting, and fearless roles in cinema history being reduced into something family friendly and sociable. However, The Family doesn’t have nearly the sophistication to pull off such a meta feat, and just kinda wallows in its traditional formula.

This could’ve been an inoffensive enough 90 minute feature, but the film insists on garbling the narrative with useless subplots that go absolutely nowhere and bloat the movie beyond the breaking point. What importance does De Niro’s daughter hitting on an attractive math genius in her school have with the rest of the plot? Nothing. But does it do anything to make her character interesting? Not at all. The same could be said for the son who bullies and extorts almost every single member of his school, the wife who blows up a supermarket for practically no reason, and more useless nonsense. The entire movie is just stalling its time before the big action climax, and when it finally comes, it feels much too brief and disappointing to justify the drudgery that preceded it.

The entire thing just feels kind of pointless. The titular family doesn’t really learn anything about themselves or each other through this experience. And it isn’t even like their violent tendencies end up ironically making the town a better place (save for the cleaning of a dirty piping system, of all things). It’s a story of a bunch of criminals stomping on another country’s turf, screwing things up, and then going off somewhere else to repeat the process again. Is the point that there is no point? Because like the aforementioned De Niro metaphor, I doubt that Besson and company have that kind of sophistication. The Family has a few things going for it, but in the end, the most it rewards the audience with is a reminder that you should be watching Goodfellas instead.

2 thoughts on “Luc Besson’s ‘The Family’ Amounts to Nada”