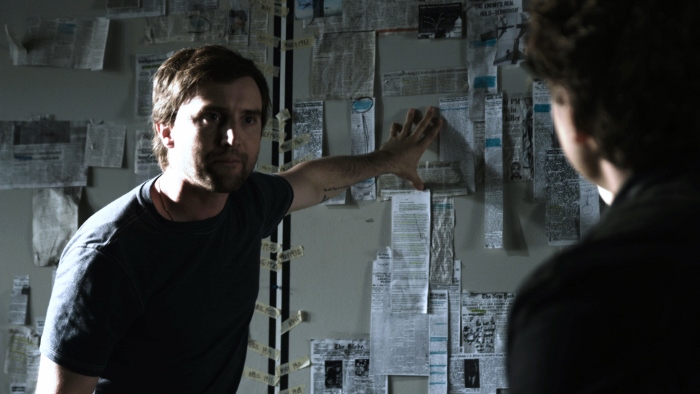 “It wasn’t so much conspiracy theories themselves as it was the people who believe in them that attracted me.”

The Conspiracy opens with this line of dialogue, and experiments with bringing the viewer to that very state throughout the experience. Whether you end up feeling more knowledgeable about conspiracy theories or merely feel more empathetic for conspiracy theorists will depend on your disposition as a viewer, but regardless of where you lie, The Conspiracy is another incredibly solid, original take on the found-footage genre, following this year’s similarly effective Europa Report, that continually surprises and engages the viewer even when it’s falling apart.

The film begins with a rather brilliant hook for a conspiracy thriller: two filmmakers named Aaron and Jim set out to make a documentary about conspiracy theorists, specifically centered around a man named Terrence G., who believes that there is a secret society of puppet-masters controlling various world events, and preaches his gospel via a megaphone in the ears of numerous pedestrians. When Terrence mysteriously disappears, leaving behind a disturbing trail of evidence, Aaron decides to finish where he left off, allowing himself to be swallowed down the rabbit hole of loose assumptions, vague connections, and paranoia.

What really sets writer/director Christopher MacBride’s take on both the found-footage and conspiracy thriller genres apart is that he utilizes real conspiracy theories to make up the backbone for his fictional one, creating something that feels more real and thus more disquieting. This complements the found-footage style amazingly. There were times where I could’ve easily mistook the film for an actual documentary about conspiracy theories, as if I was actually learning about all of these wild, bizarre assumptions that are actually being passed around in the real world. It felt like the film was revealing a hidden world that, because it was partly real, felt all the more fascinating.

When it was over, the first thing I did was scour Google to see what conspiracy theories they used were real and which ones were simply fabricated for the narrative, the film effectively turning me into an active participant in the mystery. Surprisingly very little were “fake”; the only obvious fabrications being the script’s convenient threads to connect each theory. One of the most disturbing revelations for me was when I searched up the Roman deity that’s at the center of the film’s conspiracy, Mithra, and discovered that there were early depictions of it wearing a crown that was remarkably similar to the one on the Statue of Liberty. A hapless coincidence in real life, but one that works to the film’s advantage. I can’t recall a film that’s been able to muster that kind of ARG-level of post-viewing effort. Many have tried, like the insipid The Devil Inside with its URL in the end credits, but this is the first time a film has succeeded in that kind of meta-mythology; mostly because The Conspiracy works well enough on its own, regardless of whether or not you research a single conspiracy theory. 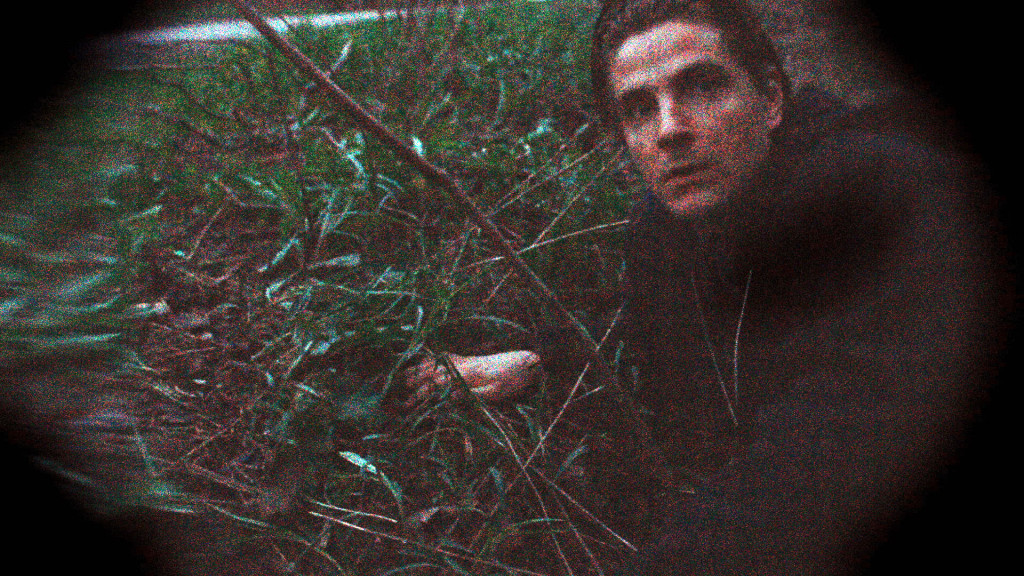 This firm basis on reality does more than enough to reinvigorate what should be tired set-pieces in the genre, such as the two filmmakers being followed by a mysterious black van with tinted windows, and other familiar devices. The film’s climactic set-piece is relatively underwhelming compared to the rest of the mystery we’ve followed up until that point. For a film that, for the most part, gives an entirely original take on found-footage, the climax revolves around something I won’t spoil, but feels all too familiar in the genre. However, by that point, the film had already won me over, and I was more than willing to go along for the ride to see what would happen next, and the filmmaking in question was, thankfully, tense and effective enough to make this crucial sequence both watchable and surprisingly scary.

Unfortunately, The Conspiracy fails to live up to its promise at the very end. For all the effort it makes to craft an enticingly believable conspiracy plot, the film falls back on the all too overplayed “ambiguous ending”, forcing the viewer to question whether what they’ve experienced was truly a legendary uncovering of an ancient conspiracy or, without giving too much away, simply the product of its characters’ own paranoia and suspicion. I could see what MacBride was going for, especially when considering the quoted line above, which is that the film is just as much about the people who believe in conspiracy theories as it is the theories themselves, but perhaps it could’ve been handled better.

Maybe if we felt more of a connection to the characters, who feel fairly one-note and uninteresting, it would’ve been more effective. For both the opening and ending’s thesis statement on the dangers of spiraling down the web of intrigue and suspicion, the film never really does anything with its most interesting character arc–Aaron’s transformation from passive observer to active conspiracy sleuth–nor does it take its time to delve into the consequences of how it affects his friends and family. At only 85 minutes, while it offers plenty of conspiracy theories for the viewer to pick apart, it only scratches the surface of how those theories affect the characters.

This is not enough for me to deter people from seeing it however. Flawed as it is, The Conspiracy is one of the most unique takes on its genre, and MacBride has a knack for delivering high stakes and tension with a very low budget, as its implementation of real-life conspiracy theories proves to be an effective and well-utilized gimmick. I may not truly believe in these conspiracy theories, but thanks to the effectiveness of this film, I may consider the possibilities when I see a jet leaving cloudy trails in the distant horizon, wondering if they really are spraying stuff on us…

The Conspiracy is currently available on VOD, and is now out in limited release.