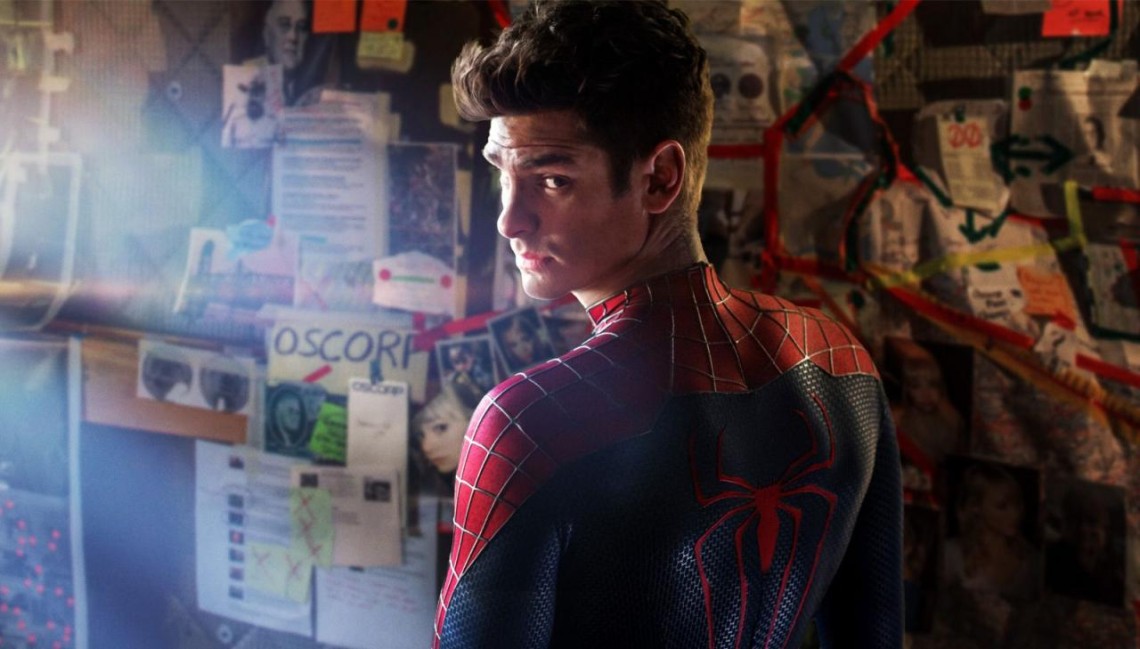 “The Amazing Spider-Man 2” Swings And Misses

On the basis of its first two films, Marc Webb’s reboot franchise of Spider-Man manages not only to wallow in superhero cliché but in that of the teen indie. Peter Parker’s self-doubt and petulance have been crucial traits of the character since his inception in 1962, and from a certain point of view, the Amazing Spider-Man movies play like Sundance fare on an outsized scale. The collision of the two genres made for an unwieldy mess the first time around, as the listlessness of teen movies brushed up against the rigidly plot-advancing nature of superhero narratives. This negated both approaches, rendering its character focus an irrelevant distraction and its plot disconnected and unmemorable.

The Amazing Spider-Man 2 only amplifies this problem. The sequel sports more villains and a protracted investigation of the link between Peter and his father’s research at Oscorp, yet if anything, its longueurs are even more drawn-out than in the first film. Everything happens to move the story forward, yet there’s no story to speak of. Peter and Gwen Stacy (Emma Stone) get into a unending cycle of separation and reconciliation that neuters any intended heartbreak with the knowledge that it will be undone soon. Meanwhile, Harry Osborn (Dane DeHaan) returns from years of exile to inherit his dead father’s company, only to become obsessed with finding a cure for the genetic condition his father passed onto him. On top of that, Peter continues to search for clues about his parents’ disappearance and what his father was doing at Oscorp before his disappearance.

Instead of threading these ideas together throughout to create a full narrative, the film compartmentalizes each subplot into a closed-circuit of reversals that never progresses because everything reverts from minute-to-minute. Indeed, watching this movie can feel like reading the last few years of retcon-heavy Spider-Man comics in two and a half hours. The manner in which Peter and Gwen’s on-again/off-again relationship regularly invalidates every new wrinkle within 10 minutes extends to the other subplots. In the film’s funniest unintentional joke, Peter consolidates what he knows about his father by erecting one of those clichéd tapestries of photos and clues on a city map with lines making potential connections, only to tear it down in disgust minutes later.

So much time is spent revising each narrative cluster that it almost comes as a surprise when Spider-Man must do battle with someone. No one suffers more from the film’s sprint to nowhere than its villains, who get a surprisingly small chunk of the bloated screentime and thus have entire arcs compressed to breathless setups. We get more time of Max Dillon (Jamie Foxx) as a milquetoast pushover at Oscorp who idolizes Spider-Man than we get of him as human electrical conduit/blueberry Electro, even though the industrial accident that causes his transformation occurs at the end of the first act. Harry’s arc is arguably the most consistently developed, from the early establishment of his condition to the extreme lengths he goes to in order to stall its effects, but even his eventual turn to evil happens suddenly. 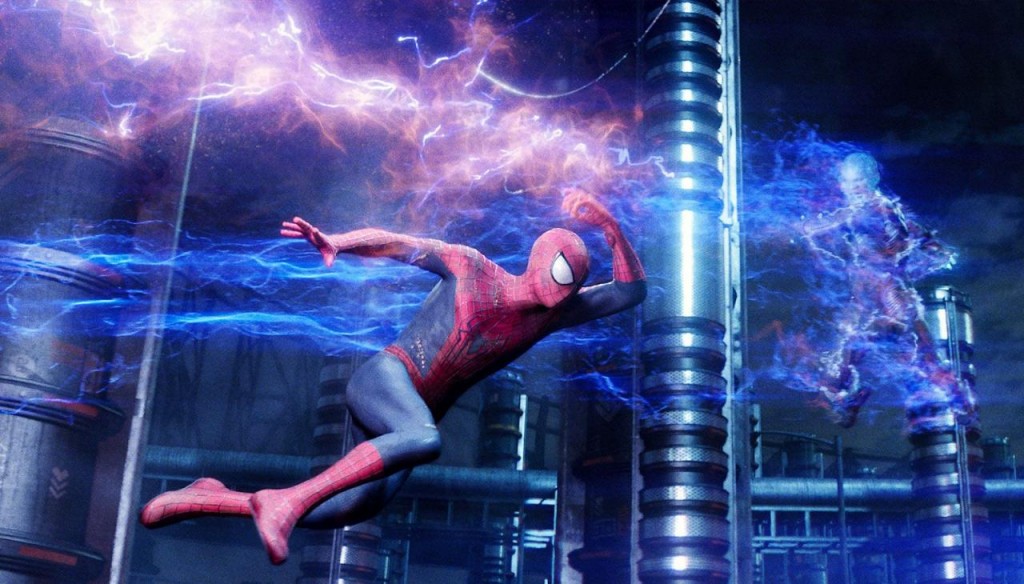 This breakneck pace ruins what might otherwise be one of the few superhero franchises to escape the relentless bleakness that has homogenized the genre. Garfield brings real charisma and wise-ass smarm to Peter, and he cuts against the modern, gritty grain of superheroes feeling almost guilty about their powers, a welcome change given that the hero he portrays pioneered the moping insecurity that has now become de rigueur of all costumed crusaders. But he gets restrcited by a script that only offers him po-faced speeches, a problem that also weighs down Stone and Sally Field’s Aunt May.

Further, Spider-Man actually makes every possible effort, in contrast to other recent blockbusters, to prevent even a single death, but sloppy and watered-down action sequences render all the violence so unthreatening that even the bystanders to destruction only ever move just far enough out of the line of fire to turn around and act as a live studio audience. Dull CG sequences attempt to capture the thrill of slinging around town but — far from the usual complaint of bad animation looking like a video game — lack even the rush of the now decade-old game for the original Spider-Man 2. Every aspect of these movies, from their brighter palettes to their more natural characters, gives the impression of wanting to be the most human superhero movies on the market; in practice, however, they’re just the most inoffensive, which leaves them stunted and hollow.

If there is a silver lining to any of this, it is in DeHaan’s performance. Garfield may not be able to escape the mountain of expository dialogue that buries his charm, but DeHaan never has to deal with too many lines at once, which frees him up to suggest Harry’s increasing hostility through body language. DeHaan always has an edge to him: as Harry, he wears his hair slicked down the front, a choice that fits well with the angularity of the rest of his face, from his pointed chin to the perfectly trapezoidal shape of his devilish grin. Now 28, DeHaan still looks boyish enough to get away with playing Harry’s age, but the sharper set of his features and his seemingly effortless ability to conjure darker energy makes him appear older than the 30-year-old Garfield.

Take the scene of Harry getting into an elevator with Gwen after pressuring Peter into bringing Spider-Man to him to sample some of his blood. Still a long way away from the madness that will take hold of him later, Harry’s eyes nonetheless scan up and down Gwen to assess her strategic value, the young mogul already planning worst-case contingencies to make his best friend cooperate. And in a movie in which a long speech underlines the slightest bit of severity, DeHaan brings more gravity and severity in a few curt lines to Oscorp’s board members when Harry takes control than anyone else manages with two-page monologues. As is the case with all the movies that feature the actor, the best that can be said of this forgettable, tedious blockbuster is that it will perhaps get DeHaan more work.

One thought on ““The Amazing Spider-Man 2” Swings And Misses”