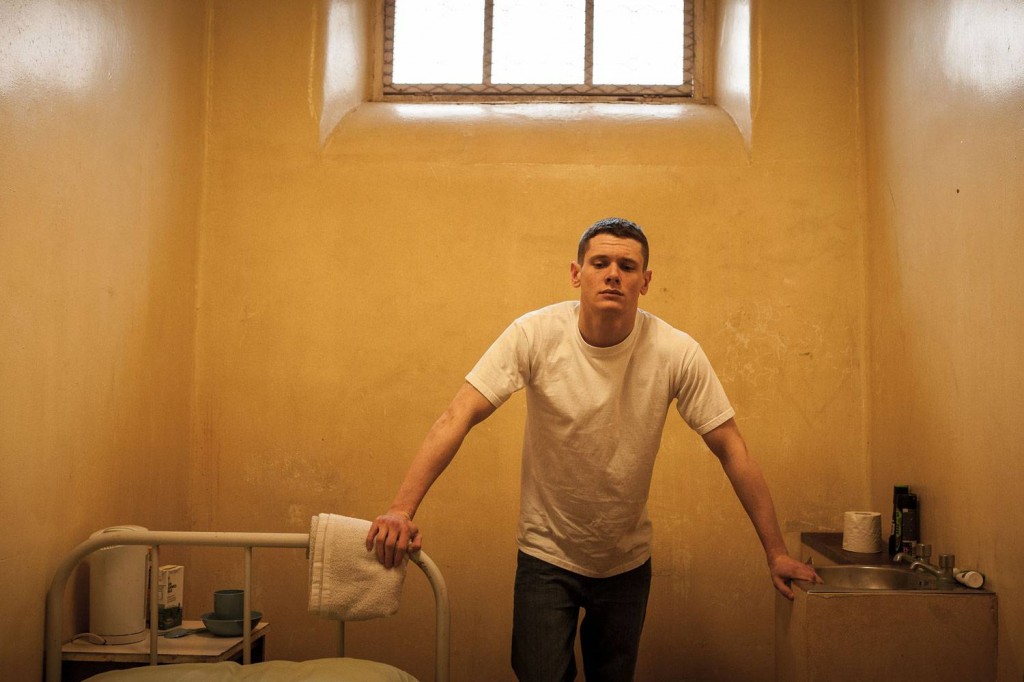 The 2014 Los Angeles Film Festival: “Starred Up” and “Runoff”

The British crime picture is a seemingly ubiquitous genre, and its sister sub-genre, the prison film, is nearly as popular, with Nicolas Winding Refn’s Bronson kicking off a renaissance of sorts. Like Bronson, David Mackenzie’s Starred Up centers on a charismatic and explosively violent inmate, Eric (Jack O’Connell). Just nineteen, Eric has been relocated from juvie to the big house, a claustrophobic expanse of cross-hatched steel bars, teeming with hardened criminals for whom seething anger is their resting state. One of the hardest of these inmates is Neville (the terrifically menacing Ben Mendelsohn), who just happens to be Eric’s father. Neville is none too pleased to see his son making trouble and upsetting the hierarchy of power on the cell block, so he coerces Eric to attend group therapy sessions to curb and harness his anger. The group is led by Oliver (Rupert Friend), a volunteer whose own personal demons attract him to the violently anti-social prisoners he mentors.

David Mackenzie brilliantly orchestrates the inner-workings of the cell blocks, effortlessly mapping out the spaces of the prison and the intricate exchanges of contraband, charged looks, furtive glances and hostile stare-downs between the inmates. Starred Up is perhaps the best film about the social, economic (and familial) strata of a prison since Jacques Audiard’s Un Prophet. Like Tahar Rahim in Audiard’s film, Jack O’Connell here delivers a star-making performance of visceral intensity and stark believability. Whereas there is often a tendency in films of this type to stylize its violence and present the prisoners as cocky performers (a la Refn and this year’s Dom Hemingway), Starred Up is a bracingly realistic portrait of incarceration.

Besides O’Connell, the film’s greatest strength is the screenplay by Jonathan Asser, who based it on his own experiences as a prison psychotherapist. The interactions of the inmates feel scarily authentic, as does the pervasive sense of tension and frustration all the characters feel towards their imprisonment. Asser’s screenplay tackles issues like foster care abuse, prison homosexuality and administrative corruption, but always through the lens of Eric and Neville’s relationship; Starred Up never feels like an issues film. Fittingly, there are no happy endings here, only reprieves from the ever-present violence endemic in the prison system. As close as Eric and Neville ever get to father-son bonding is a mutual agreement not to kill each other.

Starred Up has already received theatrical distribution in the UK, and is slated for a US release later this year. It is screening at the LA Film Fest Monday, June 16 at 9pm. 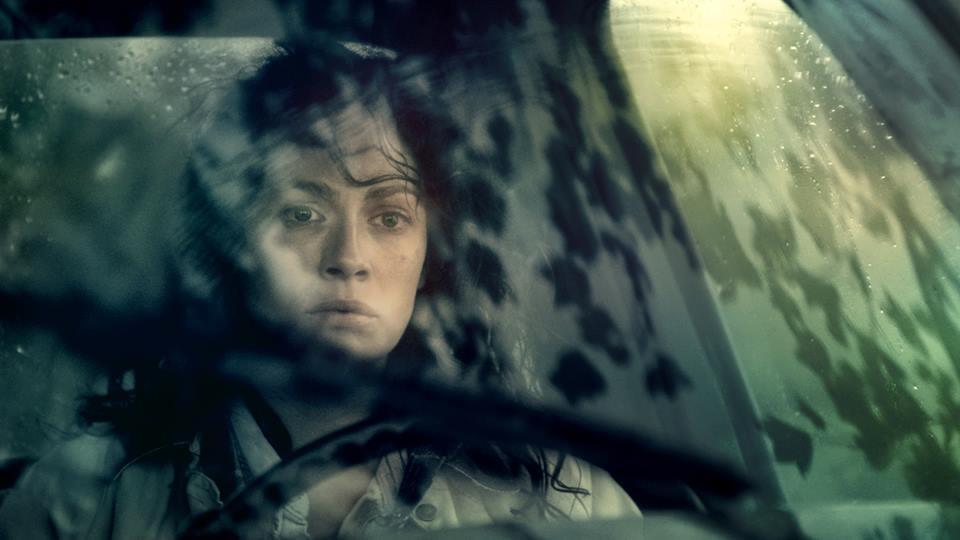 Making its world premiere at the LA Film Fest, Runoff is a remarkable debut feature from director Kimberly Levin. The inspiration for the film, which is set in a rural Kentucky farming community, came from an unlikely source: field research. Levin, an honest-to-goodness former biochemist whose work has been published in a science textbook (!), was researching the chemical detritus that results from industrialized farming. From that research came the idea of exploring the affects that runoff has on the community–personally, economically, and morally.

The film’s protagonist is Betty Freeman (Joanne Kelly of “Warehouse 13”), a mother of two boys, precocious Sam (Kivlighan de Montebello) and teenage Finley (Alex Shaffer of Win Win), and wife of Frank (Neal Huff), whose small family farm supply company she helps run. It’s the week before Halloween and the long Indian Summer is coming to a languid, sun-dappled close. In the course of her day-to-day affairs, Betty discovers that Frank is not being entirely honest with how well business is going. In fact, he’s facing major opposition from the local farmers who can get their pesticides and livestock antibiotics much cheaper from GIGAS, a large company that’s infiltrated the community and is slowly buying up all business and property in town. Faced with mounting debts, Betty reluctantly takes a shady off-book job from a local farmer to dump some expired chemicals in the river. It seems it’s simply cheaper to dispose of the stuff illegally than go through the proper procedure, one of the film’s many subtle condemnations of the agribusiness complex. (Incidentally, the farmer who offers Betty the deal is named Scratch, and indeed, her acceptance is a kind of deal with the devil.)

In Levin’s film, the political is deeply personal; the specter of big business looms large in nearly every scene, the omnipresent crop-duster a menacing reminder that their family–and community–profits from the poison that’s slowly killing them. The enemy is inescapable: Frank and Betty are on a first-name basis with the smiling, jovial GIGAS representative. The local pig and turkey farmers are friends and neighbors, and formally, good clients. Their town has one general store and everyone who isn’t raising animals or harvesting crops, works there. Even the man who comes from the bank to demand back payments on their property is deeply embarrassed to face them. Freeman Farms is anything but free.

Kelly’s strong, steely performance recalls recent femme-led rural dramas Frozen River and Winter’s Bone, but where those films’ cold, hardscrabble poverty skirted hicksploitation, Runoff‘s finely-observed, understated performances invoke a kind of heartland neo-realism. Kelly strikes the perfect balance between warm and nurturing matriarch, and determined businesswoman–Betty Freeman is a real salt of the earth heroine. Kimberly Levin’s direction and Hermes Marcos’ cinematography highlight the stunning beauty of the rural South during the changing of seasons. The river, which figures so prominently as both a place for Sam to play and as a potent metaphor, is serene in the daylight, but murky and forbidding under cover of darkness. The warmth of the Freeman’s home contrasts starkly with the encroaching moral compromises Betty makes. The climactic set piece of the Halloween night carnival invokes an eerie, foreboding atmosphere that wouldn’t be out of place in a horror film. Near the end of the film, Frank and Betty embrace near the bank of the river, enveloped by the night fog and lit by a series of flashing police and ambulance lights. It’s a jarring image that ranks among the most powerful of any movie this year.

Runoff has yet to receive theatrical distribution, but it screens again at the LA Film Fest, Sunday, June 15th at 1:30pm.