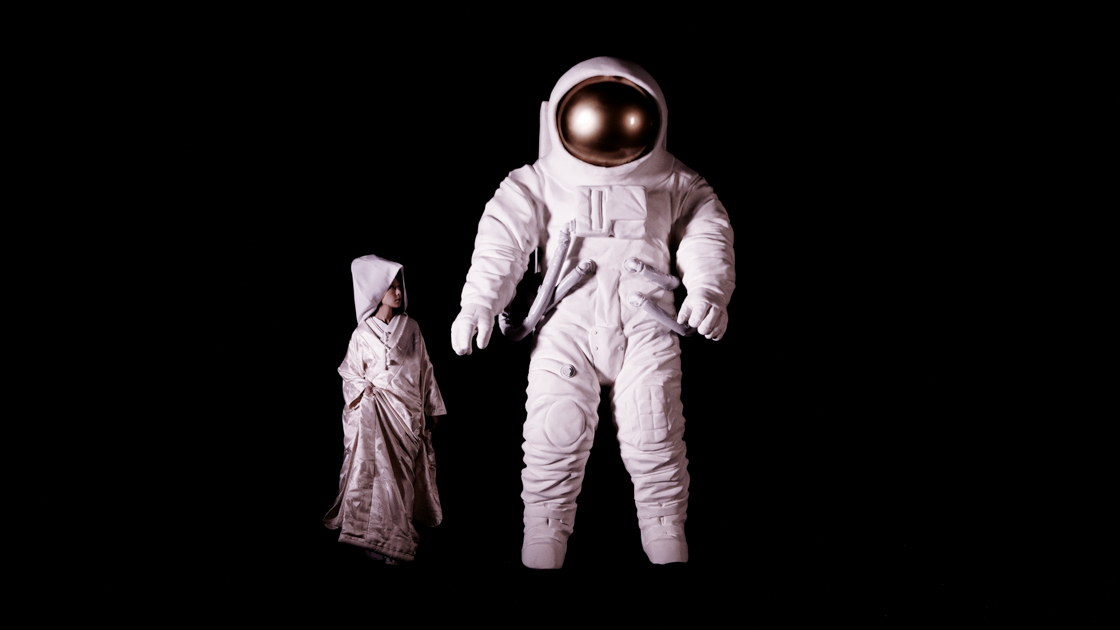 There’s a lot to see at Sundance this year. What’s the next big must-see indie film? Dan Schindel reports on a few festival offerings. 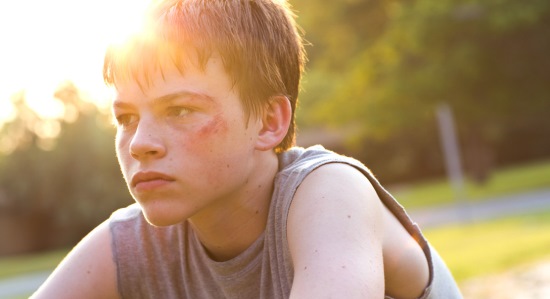 With this film, director Kat Candler expands on her short of the same name, which premiered at Sundance in 2012. Aaron Paul, still sporting his mournful beard from the end of Breaking Bad, plays Hollis Wilson, a widower trying to get himself together before he loses custody of his younger son and his older son goes to juvie. That older son, Jacob (Josh Wiggins), is the namesake hellion. Rounding out the cast is Juliette Lewis as Pam, Hollis’s sister-in-law who takes temporary guardianship of Wesley (Deke Garner), the younger son.

The young actors are far and away the movie’s best asset. Wiggins feels legitimately troubled in a way that movie bad kids often don’t. He’s far from a po-faced take on Bart Simpson, playing perfectly off a gaggle of other pubescent toughs, especially Dalton Sutton as a kid who seems truly, scarily dangerous. The adults fare far less well. Paul mainly mopes his way through a shaky accent, although the pitiable frustration he became so well-known for on Breaking Bad glints through at times. Lewis seems lost, working through an even shakier accent and acting more as a plot device than anything else.

Hellion is dogged by a story that’s both overstuffed and directionless. There’s less a forward plot than there are various recurring elements that eventually converge, sometimes in unlikely ways. One such subplot sees Jacob pin all his hopes on winning a motocross race. So little is done to establish what the race is like, his chances in it, and how much he wants it, that it’s hard to care when it comes. Eventually, the movie does not end so much as it wallows in overwrought dramatics before stopping at a calm point that is supposed to feel conclusive but doesn’t. 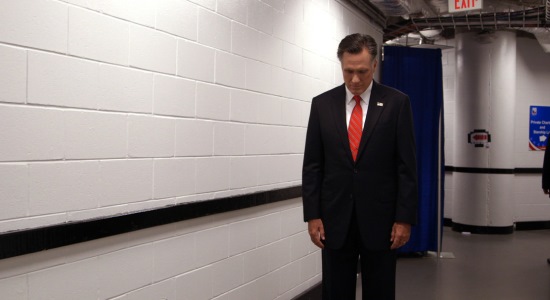 Three unsettling things I learned about Mitt Romney from this documentary. 1) He’s a Coen brothers fan who can (correctly!) quote O Brother Where Art Thou? He also enjoys This American Life and Friday Night Lights. 2) He is in fact a disarmingly charming guy in “normal” life, shooting the shit with an ease that he could never quite bring to the stage. 3) He actually does seem to have genuine political convictions, despite saying anything during his presidential campaign that he thought could get him elected.

This kind of content could have made Mitt an essential political doc. Director Greg Whiteley had an incredible amount of access to Romney’s campaign, having been filming the man since 2006, when he was planning his first run at the Oval Office. At one point, one of Romney’s grandchildren looks right at the camera and chirps, “Hi, Greg!” It’s a shame the movie feels like it could be about any failed presidential bid. The insights about Romney are few and far between.

So many scenes either go on for too long or feel entirely superfluous. There’s one conversation about the cafeteria at LaGuardia airport that is downright torturous. Unless the point is that Romney and his cabal are as boring as they appear to be in public, it just seems like padding. The movie strenuously maintains an apolitical stance on its subject, rarely featuring anything about Romney’s actual policies. If it granted greater insight about the man, then this could be permissible, but instead it just makes the movie feel more generic. Conservatives and progressives alike can find something to like about the doc, but only because it’s so blank that one’s own worldview can easily be imposed upon it. 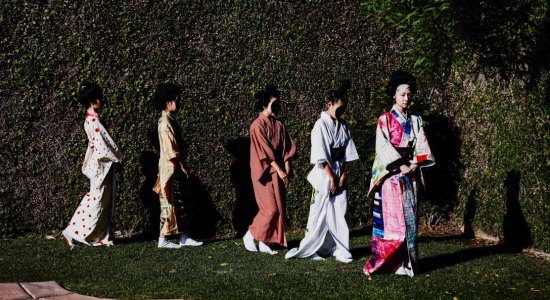 The Girl from Nagasaki

Madame Butterfly gets the experimental theater treatment. Photographer/artist Michael Comte brings the tale into the modern age. Madame Butterfly (Mariko Wordell) is a survivor of the atomic blast at Nagasaki, while her American lover Pinkerton (Edoardo Ponti) is an astronaut. They meet, woo, and he leaves her pregnant, and then never returns. She gets sad in a spectacularly over-the-top way, because this is opera. Also, there’s a framing story with Christopher Lee. And Michael Wincott plays a Japanese man. And Robert Evans shows up for 10 baffling seconds.

The Girl from Nagasaki often feels like every derisive joke about art house cinema brought to unironic life. There are dance sequences meant to illustrate the main character’s state of mind that are both thematically blunt and laughably over-the-top, even if they do look spectacular. The movie was projected in 3D for no apparent reason other than this is a thing that some experimental films are doing now. By the time a spacewalk sequence set to, you guessed it, Space Oddity, rolls around, I was more than through. It’s a pity the movie kept going on for another hour. 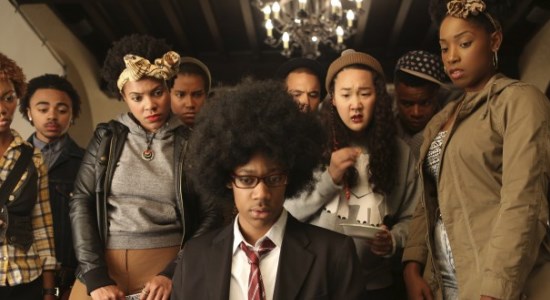 Full disclosure: I admit to having had higher hopes than perhaps might have been fair for this film, having donated to its Indiegogo campaign nearly two years ago and thus having my name in its credits. Still, while I couldn’t love it, I’m glad that it turned out to be a solid piece of work, all things considered. It works almost perfectly as a showcase for its cast and crew of mostly unknowns, demonstrating a considerable pool of talent waiting to be tapped for bigger and better things.

In particular, writer/director Justin Simien and star Tessa Thompson deserve to go places. While the movie is too long and dogged by haphazard plotting, there is a voice behind it. The story, about an Ivy League university that gets embroiled in controversy over a “ghetto”-themed frat party attended almost entirely by white people, uses every chance it gets to mercilessly excoriate the hypocrisies of our supposedly “post-racial” society. And as main character Sam, a ceaseless rouser of racial rabbles, Thompson exudes intelligence and cool ferocity.

The whole cast does an excellent job, in fact. Mad Men’s Teyonah Parris shows how much the show is wasting her. Tyler James Williams of Everybody Hates Chris fame is endearingly subdued and awkward. Kyle Gallner is the perfect white fratboy douche. Dear White People is a younger, hipper Whit Stillman’s game, with his kind of sensibility for observing idiosyncratic behavior through a deadpan lens, but with a much more confrontational satirical taste. Sometimes the humor feels leadened beneath the tone, which often mixes with the lax pacing in a bad way. But there is a lot of promise here. 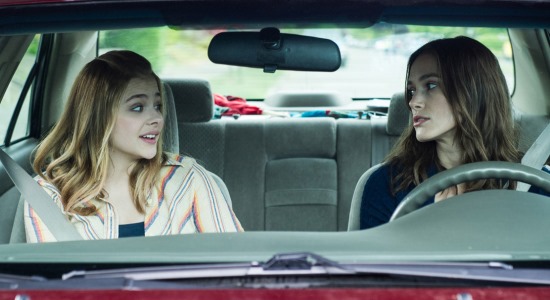 Lynn Shelton shows up at the fest for the third year in a row. This time around, she focuses on the bitter refusal to grow up and face real life. This is embodied in main character Megan (Keira Knightley), who works as a sign flipper and is still dating her high school sweetheart Anthony (Mark Webber). She finds herself eerily at ease with a local gaggle of teenagers, especially Annika (Chloë Grace Moretz), than with her adult friends. When Anthony abruptly proposes to her, Megan panics and flees for a week to straighten her head. She claims to be going to a self-actualization program, but instead crashes with Annika and her single dad, Craig (Sam Rockwell), for an extended “sleepover.”

Laggies features what I believe to be Shelton’s greatest strength as a director, which is to make movies that are exceptionally pleasant, if nothing else. The actors all have an easy rapport with each other, and the film frequently draws laughs in a non-forced way. Knightley is a strong lead, adopting a convincing American accent and an even more convincing picture of arrested development. Megan is a self-described “floating” human being, moored to the whims of other people. The movie follows her attempts at seizing control of her own life.

Unfortunately, the movie’s sense of realism in the performances clashes with the often eye-rolling contrivance of the characters’ actions. Rockwell in particular is kind of unbelievable. He’s playing The Sam Rockwell (cocky, laid-back, sarcastic), but also a supposed Good Dad, so the fact that he keeps Megan around (and very quickly falls in love with her) feels off. In particular, every emotional climax in the resolution comes unearned. Laggies is nice but nothing more.