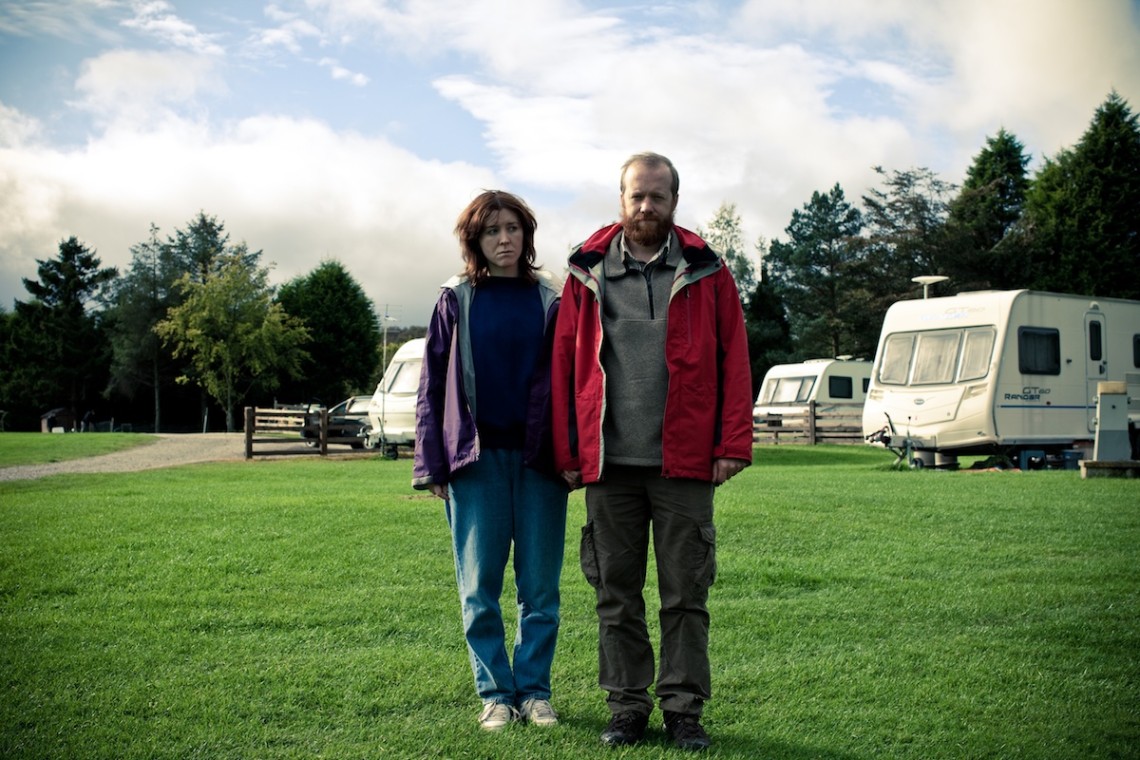 The sinister edge to this otherwise pedestrian road-trip comedy set-up comes from the detail that along the way, the two commit a series of murders and go on a killing spree. Basically, think Natural Born Killers, Badlands, and Bonnie and Clyde, only rather than the perpetrators being lovers-on-the-run, robbers fighting the system, or just pure psychopaths killing for the hell of it, Tina and Chris are instead just average schlubs, only killing because it makes their holiday that much more convenient.

This allows for plenty of moments in which the two start to bicker and quip non-chalantly just after they’ve offed someone in a horrific, brutal fashion; creating a tone that’s as jarringly distracting as it is somewhat amusing. That may be the exact point of Sightseers, but it doesn’t feel as properly balanced as other, better dark comedies. There are too many times in which the disturbing side of the film gets in the way of the actual comedy that it can be hard to tell when you’re supposed to laugh and when you’re meant to be outright horrified at what you’re watching. Depending on the person, that may be a compliment. To some, like me, it will be a distraction.

The film’s brutal violence certainly doesn’t do it any favors. As over-the-top as the gore is (which is accomplished through some admittedly stellar practical effects), its graphic detail feels like it’s getting in the way of making the experience enjoyable to watch, as we see bones sticking out of bodies, faces beaten to such a pulp that they’re contorted in ways that echo John Carpenter’s The Thing, and skulls crushed & smashed in myriad ways. It’s so over-the-top, that it conflicts with the film’s relatively gritty visual aesthetic, with lots of handheld camerawork, and an earth-tone color palette laced in dreary fog & low-hanging clouds. Coupled with the dialogue’s incredibly dead-pan delivery, the over-the-top horrific elements felt either out of place or over-emphasized.

Again, that may very well be the point: to create a high contrast between the ordinary lives of these characters and their inner-most, animalistic urges come to life. But it doesn’t mesh as well as another dark British comedy, Four Lions, was able to do with much more controversial material. The film is certainly funny, but the laughs aren’t as constant as you’d hope from a film like this.

Granted, considering the dark subject matter, I later appreciated how the film didn’t go for broad laughs in every single scene and let out the humor in carefully placed instances. If the film attempted to squeeze laughter out of every uncomfortable moment, it would’ve been as insufferable as something like Bobcat Goldthwait’s God Bless America, so I’m thankful that the film didn’t go too far in that direction, in the long run. 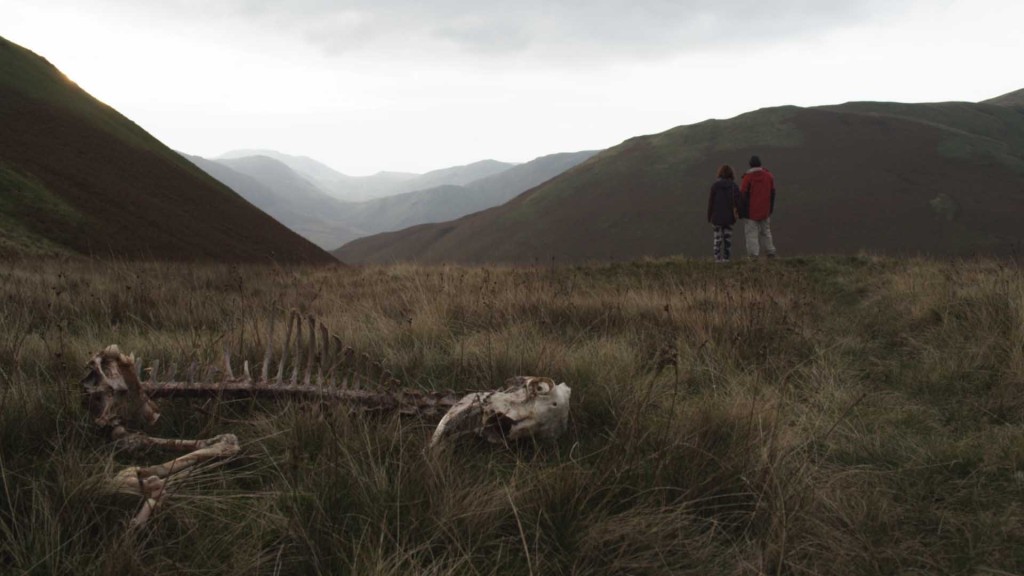 What ends up grounding the film is Oram and Lowe as the two leads. Also co-writers of the script, the two have a very natural chemistry and their deadpan line delivery makes the quips work even when their natural screen-presence was at odds with the jarring shifts in tone.

Lowe especially sells her character, as she switches from naive innocent to psychopath on a dime and makes the transition work, even if it’s not naturally written in the slightest–which somehow fits the film’s already disjointed style. Oram as Chris is also incredibly fun to watch, with plenty of jokes stemming from his gingery face and his need for inspiration to write a book that’s been gestating in his mind for a while. Their banter reminded me very much–in a good way–of the relationship between Simon Pegg and Jessica Hynes in the Edgar Wright BBC program Spaced, which makes perfect sense considering Wright is actually an executive producer for the film.

Together, the couple bounce off each other very well, with Oram playing Chris as a man of order, justifying his murders as a means of making life easier for himself, yet never killing “outside of his code”; while Lowe plays Tina as a woman of chaos, still new to the world and murdering either for purely emotional reasons or for reasons she’s never entirely aware of. This creates a rather original take on relationship troubles, and their dichotomy gives Sightseers the closest thing it has to a truly cohesive thematic through-line I can relate with, and Oram & Lowe make it work much more than it really should have.

It’s also a testament to how strong the two leads are that while I found that half of the film’s elements didn’t work, I thought the film’s final moments, set to a certain Frankie Goes to Hollywood rock-ballad, to be strangely poignant and lovely; to the point that I briefly forgot the film’s previous faults in tone and humor. And this beautiful moment is undercut by a disturbing final image that’s affected me so much, I’d be lying if I didn’t admit that it’s all I’ve been contemplating since I’d last seen it.

As flawed as the film is, I’d recommend it just because it’s more interesting than your average dark comedy, and the moments that shine really shine. It’s just a shame that it isn’t nearly as funny as it could’ve been, and the characters’ depth comes only through the performances and not so much the film’s script. The more I think about Sightseers in retrospect, the more I admire it, but as I was experiencing it, I imagined that a better film was probably lurking in the material and there probably still is. At the very least, you can bet that I’ll be interested in where Lowe and Oram go next; either as co-screenwriters or performers. As for Wheatley, if he keeps up with the improvements, he can make something truly special someday–and he was rather close with this one.

Sightseers will be opening Friday, May 10th at Landmark’s Sunshine Cinema in New York and locally at Landmark’s Nuart Theatre in West L.A.

One thought on “‘Sightseers’”