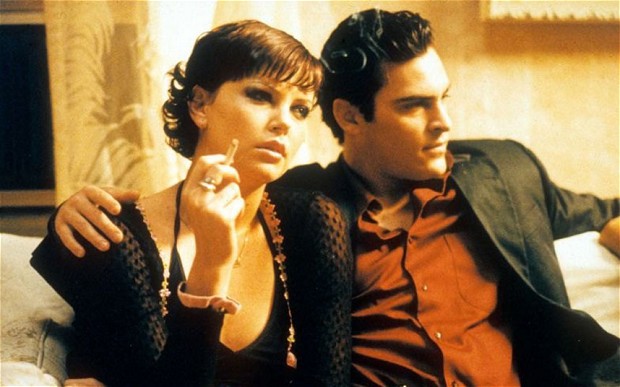 Operatically bold in his thematic expression of modern America but intimately timed to improvised characterization and serendipitous sights and sounds, James Gray has emerged on the strength of four features (with a fifth coming this year) as perhaps the best modern American filmmaker, and one of the few true modernists. The Yards, his second picture, bears this out: its sketch of post-industrial American life through the intersections of commerce, crime, identity and family has the broad scope of one of Cimino’s epics but brings a level of quietly observed humanity that fits so naturally in the frame it’s easy to miss at first what a severe clash of sensibilities it brings to the classical shot grammar and composition.

The Yards is a film about corruption in which even family gatherings have the conspiratorial tone of a secret backroom meeting. Leo (Mark Wahlberg) returns home from prison at the start of the film and is promptly whisked every which way from a supportive crowd to whisper with loved ones. Pal Willie (Joaquin Phoenix) cryptically thanks Leo for serving time and offers to get him a job, while Ellen Burstyn gets a few quiet, forgiving moments with her humbled child. Bridging such intimate moments are even more focused shots of the glances Leo throws at his cousin (and Willie’s girlfriend), Erica (Charlize Theron), ambiguous only in the sense that they are so direct that their meaning is hidden in plain sight to tempt the audience into dismissing what comes to mind as too far-fetched.

Erica’s new stepfather, Frank (James Caan), runs the railway repair company where Willie brings Leo, a springboard for transferring the film’s gnarled filial relationships and commitments to broader commercial and occupational life. Those old-fashioned ties are perverted when Leo is exposed to the seedier machinations that truly power industry, and soon he is put in a position to take the fall yet again, this time not only for those closest to him but a system they perpetuate.

Leo spends most of the first act with his head lowered in a combination of shame and ostrich-like evasion, his limbs tucked in to prevent even accidentally making contact with something that will scuttle his second chance. For the remainder of the film, he stands half-ready run,wired to dart away at a moment’s notice when every physical and emotional haven closes to him. The man who scarcely moved any muscle now just flees, from the cop he inadvertently assaults (and from the same man again when sent to silence him) to friends and family who turn on him to save themselves. Wahlberg’s gradual physical shift from a man in an uneasy harmony with his classical surroundings to a chaotic, instinctual creature futilely diving for cover where he can find it in Gray’s omniscient frame shakes up the movie more radically than any show-stopping display of Oscar-friendly emoting.

Harris Savides’ cinematography trades Gordon Willis’ golden Godfather tones for jaundiced yellows that suit the more intimate dejection of its view of curdled post-industrial business and distended family ties. The shadows that plunge over plotting faces and terrified patsies keep the focus firmly planted on a character level even as social commentary arises organically and unpretentiously from its minute observation. Gray’s later films would shrink even more to issues of identity and existential masculine angst, but The Yards nevertheless stands as a true modern classic, an epic small enough to slip by as a character drama.

One thought on “Shelf Life: The Yards”