Kevin Spacey’s immortal turn as the sin-obsessed John Doe took Seven and launched it into the stratosphere of crime classic. The way he dispatched with sinners so heartlessly and with conviction lead me to ponder what others movie characters would have drawn his ire and scorn. Movies are, for better or worse, a medium that revels in sin of all sorts. It’s why teenagers line the block to see the latest scare-fest, or why 50 Shades of Grey is being made. Audiences love watching characters being bad and there is no shortage of actors and actresses willing to delve into those deep, dark recesses of humanity.

So without any further delay, here are a few of the biggest perpetrators of sin at the movies. 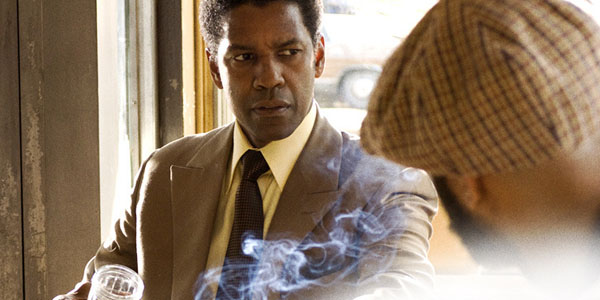 Frank Lucas (Denzel Washington) had the world in the palm of his hands when he took over the drug trade of Harlem, New York. He rose from the role of enforcer to kingpin of a heroin boom in Harlem. He had wealth, women, but most importantly, he had respect. Frank Lucas could have walked away whenever he wanted in Ridley Scott’s American Gangster, but he didn’t and that greed is what put him away. 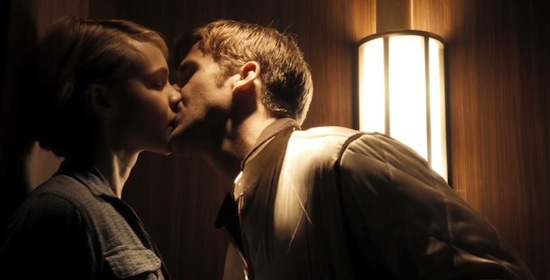 When the Driver steps into the elevator with Irene (Carey Mulligan) he knows that two things will occur by the time the doors open again. One, he will murder the man in front of him and, two, she will leave because of it. Seen only the tip of the iceberg when it comes to the lengths that he will go to protect Irene and Benicio. We’ve already seen him threaten to hammer a bullet into a man’s brain, but the savageness with which he goes after a hit-man is enough to make a viewer with the strongest stomach turn their head. 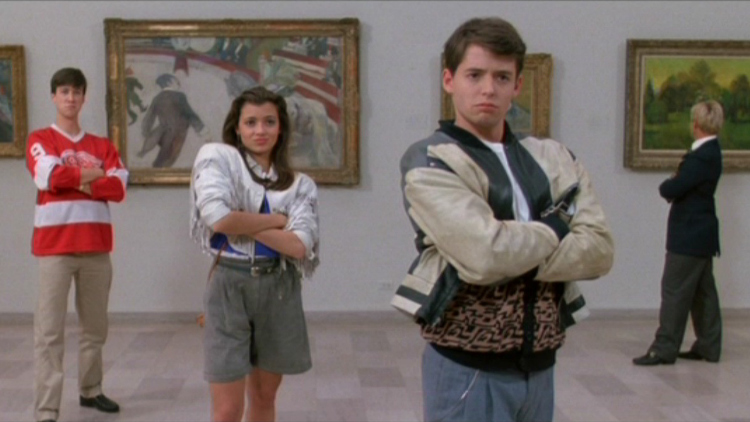 Three friends take a day off of school to take in all of the delights that Chicago has to offer. Ferris (Matthew Broderick) is completely engaged with life and his own ability to force it to his will, however his friend Cameron (Alan Ruck) could not be less like him. Cameron is neurotic, insecure and firm in the belief that life is largely pointless. The audience is fittingly introduced to Cameron while he lies in bed, refusing to do anything more than let the day pass him by playing sick. Cameron lets everyone else make his life decisions for him. 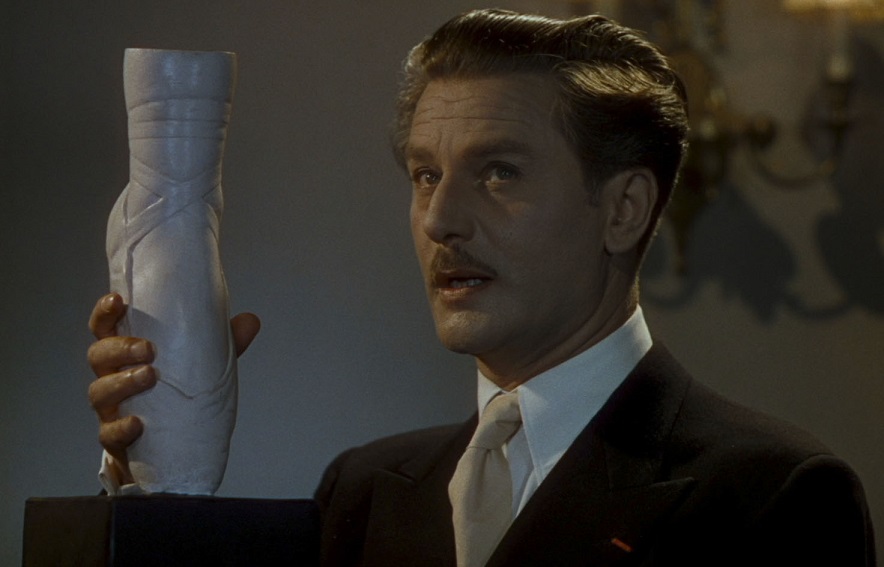 A young ballerina, Vicky (Moira Shearer) falls head over heels in love with a handsome composer. He has written her a ballet that made her a sensation overnight and the two are hoping to get married. This comes as a slap in the face to the impresario of her company, Lermontov (Anton Walbrook) who guaranteed her fame, “I will make you the greatest dancer the world has ever known,” but on the condition that she never fall in love. Lermontov hides his disdain for their marriage, but his demands for total devotion leave her with a choice: her husband or her career. Lermontov’s intense jealousy has dark consequences for Vicky and, as fans of the film know, his envy will consume her whole.

Few characters have been quite as flamboyant as Jordan Belfort (Leonardo DiCaprio), but the real kicker during the nearly three hour runtime of The Wolf of Wall Street is when Jordan steps in front of his co-workers at Stratton Oakmont during his resignation speech. He starts off somber enough, thanking everyone present for their hard work, but when it comes to mouthing the words “I’m resigning,” Jordan freezes. In that brief stillness all of Jordan’s arrogance shines through and he sets the screen on fire with sheer arrogance. 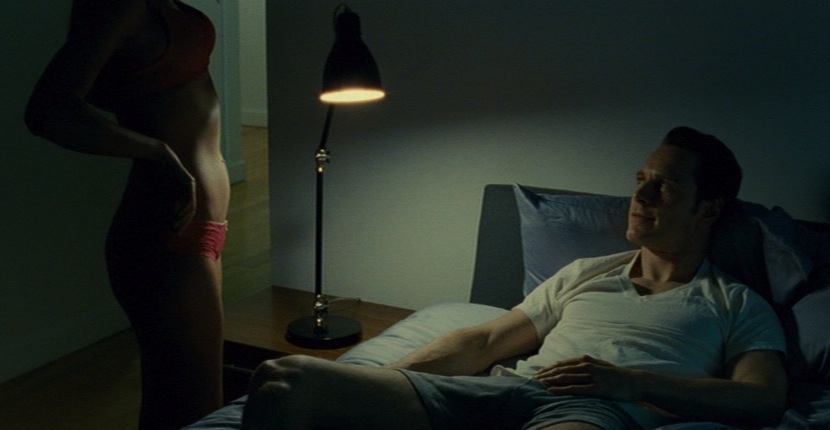 Brandon (Michael Fassbender) is a man of private appetites. The random encounter at a bar, “the look” on the train, the smooth compliment at just the right time, all leading to his ultimate conquest: sex. He is an operator, nothing is out of reach for his sexual conquests. Yet, Brandon’s troubles are beginning. The game is insufficient now. The chase is easy, the payoff is in the climax. Like every addict the stakes may be hiked in order to get the thrill anymore. And every time Brandon aims to raise them he sets himself further away from others. There’s no connection with these women, just another way to wring pleasure from his existence. 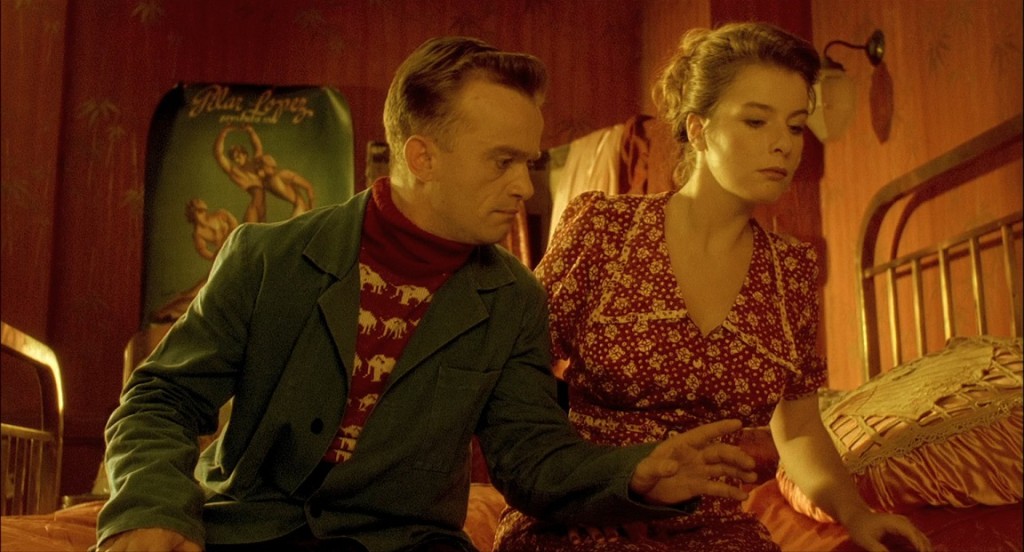 This bizarre, post-apocalyptic, black comedy takes place in a small French town where food is scarce and a fat butcher Clapet rules over the citizenry. Left with no alternative, Louison (Dominique Pinon) makes his living posting want ads for maintenance men to work in the building, where they arrive, and are promptly carved up and fed to the other residents. A macabre affair to say in the least, yet there is a cartoonish delight in the anarchy that springs from the minds of Jean-Pierre Jeunet and Marc Caro. Yes, society is falling apart, but there is no reason not to laugh.

Check out other original illustrations by Alexandra Kittle on her Etsy page and follow her on Twitter here.