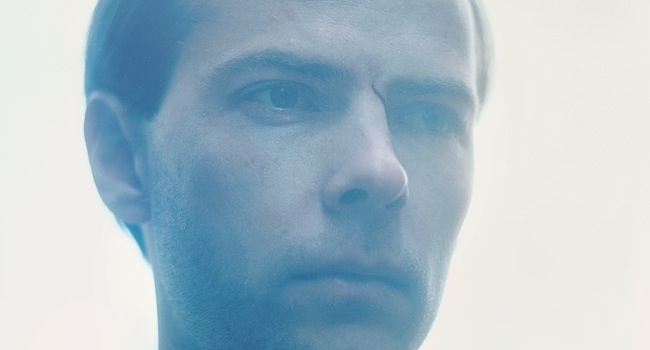 A character study consisting virtually of close-up shots, Tower—the first feature-length film from Toronto director Kazik Radwanski and producer Dan Montgomery—is in one sense, a story about a classically Canadian anti-hero. However, Tower delivers its portrayal of Derek—a 34-year-old construction worker who dabbles in animation and lives in his parents’ basement—in ways that are absolutely unconventional in cinema. Tower does not present Derek as a forgone loser, a quirky troubled misfit, or a tragic case of undiagnosed mental illness. Derek’s personality comes off as being so ingrained that it never once feels as though actor Derek Bogart is genuinely putting on a performance. The silence behind many of his interactions and his vocal inflections are revealing in their simplicity, like his awkward repeated pronunciations of “cool” as “kewl,” or his tendency to scrunch up his eyebrows as if expressing concern or intense concentration. These are not the same kind of over-emphasized characteristics found in other contemporary realist dramas—e.g. mumblecore—but they instead reveal in lugubrious fashion the distilled core of a person who is confounded and perplexed, even delusional about adult rites of passage.

In many respects, Derek’s actions portray an adolescent understanding of the world, though one of the film’s overarching ideas is that such actions are still relatable  and common among adults. After going on a date with a woman named Nicole (Nicole Fairbairn), Derek ignores her follow-up call whilst looking at her Facebook pictures, which show a much younger and attractive woman than the one he slept with. The scene then cuts elliptically to Derek calling her back, clumsily excusing himself for being at work. The film suggests that Derek needs confirmation via an idealized, distant version of Nicole in order to convince himself to keep dating her. It’s certainly a puerile perception of dating and romance, and yet it would be hypocritical to be too critical of Derek. Facebook is exactly the platform in which many people come to first learn about their lovers and it promotes building romanticized schemas about who they are, or what they can be.

It’s too easy to psychologize Derek; even if he does have some kind of disorder like Asperger’s, the diagnosis is a redundant statement. Tower posits that the complexity of one’s character cannot be reduced to such simplistic characterizations. There is also no denying that Derek tries to lead a social life. He goes to nightclubs, albeit with limited success, and attends parties, though frequently group scenes result in him being subtly ridiculed by others. He tries to talk to coworkers, though what he ends up revealing about himself is much more entertaining than the awkwardness of those conversations. For example, he tells a coworker he’s thinking of moving in with Nicole, though the viewer already knows that he has broken up with her, and this desire is possibly just a whimsy influenced by seeing his peer family members growing up, having children, and making their own family.

Tower is also a film about the hidden Machiavellian kind of happiness that comes from gaining control. Derek tries extremely hard to obtain that control, no matter how small, in every aspect of his life. This is most notable when he refutes other people by simply ignoring their arguments in conversation. But perhaps the most striking and glaringly metaphorical example is the film’s closing scene with his gleeful capture of a raccoon that has been wreaking havoc in his parents’ backyard. After Derek puts the caged raccoon in his basement, the animal skillfully gets loose in the house. Derek’s facial expressions hardly change with this development—which is partly why the scene is so funny—but it’s also a semi-tragic turn of events, showing a pitiable, though simultaneously sympathetic lack of mastery over life’s burdens, no matter how trivial.