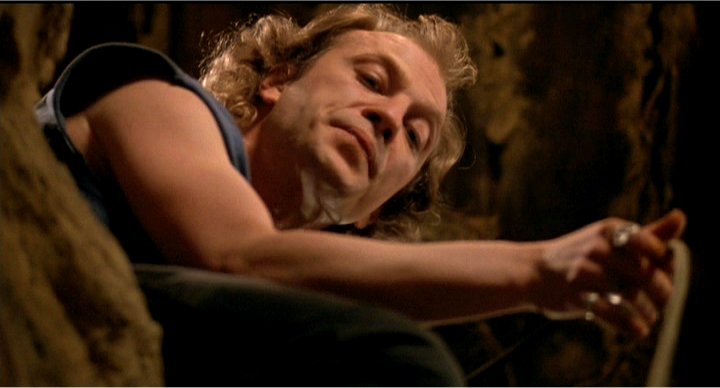 As open-minded as my parents were when it came to pop culture during my adolescence, there were some TV shows I simply wasn’t allowed to watch. Friends had too much bed-hopping, and South Park was absolutely out of the question because of how mature and off-the-wall its humor was.

Once I finally started sneakily watching episodes of the latter, I sidled into the series not really knowing how to take it. I must have truly believed that South Park was nothing but foul-mouthed kids yelling “shit” and the adults having all sorts of twisted cartoon sex. I never grasped that the whole show was satire.

Most of you recognize this famous movie quote, right?

“It rubs the lotion on its skin, or else it gets the hose again.”

“Put the fucking lotion in the basket!”

Silence of the Lambs came out in 1991, when I was barely talking. It was over a decade later, in 2002, that I would first encounter this joke in the now-classic South Park episode 6×10 “Bebe’s Boobs Destroy Society.” Although the A-plot is about fourth grader Bebe’s budding breasts controlling all the boys in her class, the moment I remember most clearly is the ongoing bit where Cartman plays a game called “Lambs.” He puts his Polly Prissy Pants doll in a pit and sends a basket down to her:

The best part is Cartman also providing the voice for poor Polly and screeching about the lotion. Now, at the time I thought it was just the character of Eric Cartman being utterly ridiculous. I knew enough about South Park to recognize that Cartman regularly threw these tantrums and was weirdly obsessed with sexual things like teabagging the other boys. With that in mind, I also felt uncomfortable whenever I recalled the scene, assuming the use of lotion was a sexual reference that went over my head at the time.

To write this column, I finally watched Silence of the Lambs. I know, I’m shocked that I’ve never seen it! If only because this movie kicks ass. As Hannibal Lecter, Anthony Hopkins is — to quote Movie Mezzanine columnist Danny Bowes — tremendous, and Jodie Foster plays the wiry, brash Clarice Starling perfectly. Also, even though I knew the main points of the film, I still found it a taut thriller.

Unlike with the ReBoot/Aliens mix-up, I knew upon watching Lambs that I was going to finally see the “lotion” scene in its proper context. At the exact halfway point in the movie, serial killer Buffalo Bill stands over the pit where he’s imprisoned his latest victim.

My fear was that upon watching the actual scene the impact would be diminished. After all, I’ve had over a decade to analyze the lines, knowing that Buffalo Bill is a crazy mofo who does that creepy dance where he tucks his penis between his legs. None of this was shocking, and yet the scene still had the same dramatic impact as if it were 1991 and I were seeing this movie with no prep.

Finally I realized, this moment was sexualized at all. Buffalo Bill needs his victims’ skin to be healthy, so of course he regularly sends lotion down to his prisoners. And the way he calls the poor girl “it” demonstrates how he tries to keep his victims faceless as he slowly starves and then carves them.

This scene is our first real interaction with the movie’s main villain, and he is just as mind-bogglingly creepy as I had always been led to believe he was. I’m someone who usually multitasks while watching TV/movies, and yet I had to give this film my full attention the whole way through. You know which moment I’m glad didn’t get ruined for me by pop culture? The breathlessly intense sequence at the end where Buffalo Bill (wearing night-vision goggles) calmly watches Clarice pick her way through the pitch-black basement. Utter terror, you guys.

And after watching Lambs, I knew that Cartman is the perfect pop culture character to represent Buffalo Bill for a whole new generation. Sure, the scene in South Park was played more for laughs than anything else, but I can’t think of a better cartoon stand-in for this character who himself was criticized as being a caricature.

Stay tuned for next week’s column, where I dissect Alfred Hitchcock tropes with the help of Mel Brooks!

5 thoughts on “Reverse Pop Culture Primer: ‘Silence of the Lambs’ vs. ‘South Park’”