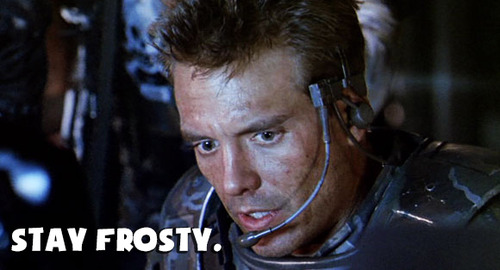 Welcome to the first installment of Reverse Pop Culture Primer! Every week I take a famous catchphrase, punchline, or spoiler that I learned from another part of pop culture without ever seeing the movie it references. How does knowing the joke backwards affect my experience of the movie once I finally watch it?

As someone who’s smack-dab in the middle of the hard-to-pin-down Millennial generation, my timing has always been off for a number of classic movies. Coming of age in the ’90s and ’00s, I was simply too young when a movie was first released, and never caught up with it once I was old enough.

Saving me from utter pop culture ignorance, however, was my avid consumption of Entertainment Weekly and parodies like Mel Brooks’ films. Believe me, I was an odd 12-year-old, delightfully quoting movies I’d never seen. In many cases I knew of their existence but didn’t have DVR or Netflix to covertly watch them — but in some cases, I wasn’t even aware that the catchphrase I was spouting came to me secondhand.

It’s fitting that I kick off this column by delving into one of my favorite childhood TV shows, ReBoot. This revolutionary CGI animated show was similar to the other slightly subversive series airing on Cartoon Network’s Toonami lineup: It was aimed at kids, but loaded with so many pop culture references that my parents genuinely enjoyed watching it with me. In short, ReBoot is about the people who live inside your computer. When “the User” (you) puts down Games, they have to fight for their lives for fear of being erased if the User wins. Those mummies you gunned down in Lara Croft: Tomb Raider? They’re people with hopes, dreams, fears, and the desire to live.

With a new Game each week, there were endless opportunities for the creators to cram in sly nods and allusions to ’80s and ’90s movies, TV shows, games, books, you name it. But while the content of the Games changed week to week, there was one catchphrase that the main character Bob used that has always stuck in my memory:

Even from the pilot episode 1×01 “The Tearing,” the characters toss this phrase around. I couldn’t find a shorter clip, but if you skim through the first episode below, you’ll catch it during the carrier scene around 16:40:

For the seven years that ReBoot was on and off the air sporadically, “stay frosty” became not only a catchphrase immediately identified with the show, but also the way that we members of the fandom kept each other’s hopes up through cancellation after cancellation. It never even occurred to me that the writers hadn’t made this line up.

In 2010, over a decade after I started watching ReBoot, I went to a midnight screening of Aliens with a friend in New York City. It was my first time seeing James Cameron’s 1986 follow-up to Ridley Scott’s seminal sci-fi film. Imagine my surprise when the crew of the Sulaco is about to drop down on the planet LV-426, and Corporal Hicks (Michael Biehn) gives this pep talk:

I have to sheepishly report that I literally sat up in my seat and mouthed, “What?” While everyone else continued to watch the scene, I compared timelines in my head, convinced that Aliens had stolen the line from ReBoot. But no, my favorite show had shamelessly mined an incredibly famous catchphrase from not an obscure film, but something far more established in the zeitgeist. Rewatching the pilot, it should have been a sign that right after Bob says “stay frosty” in the ReBoot pilot, Dot turns to him with a smirk and he shrugs unapologetically.

I was further jarred later in Aliens, when Ripley straps on her iconic exosuit cargo-loader to go head-to-head with the Alien queen. This will make you laugh, but I had first encountered an almost identical exoskeleton suit in two ReBoot episodes, from 1995 and 2001. Again, I took it for granted that it was a unique idea.

I honestly don’t remember much of my first viewing of Aliens. These lines and images that should have been unique felt like old hat to me, making the movie come across as — dare I say — derivative. Obviously I’ve since realized that I had it backwards, but it was a strange experience.

While preparing this column, I couldn’t resist doing some Googling — something that didn’t exist for me when ReBoot was still on the air — and seeing if I’m the only one who didn’t know the origin of “Stay frosty.” Although Wikipedia has set the record straight, searching the term over social media is still more likely to bring up ReBoot references than anything else. Even TV Tropes only grudgingly ascribes the origin to Biehn’s character.

There seems to be unanimous agreement that “stay frosty” is a military term, even if you can’t credit a single source. One character on the HBO miniseries Generation Kill utters the phrase so often that it’s frequently mistaken as his. Yet while scrolling through Tumblr to see what the younger members of my generation think when they hear those two words, I found that a whole new piece of CGI kids’ entertainment has co-opted it: Tumblr users have ascribed “stay frosty” to Rise of the Guardians‘ unlikely hero Jack Frost. The world, it keeps on turnin’, folks.

Stay tuned for next week’s column, where I take on the infamous “It puts the lotion in the basket…” line from Silence of the Lambs!