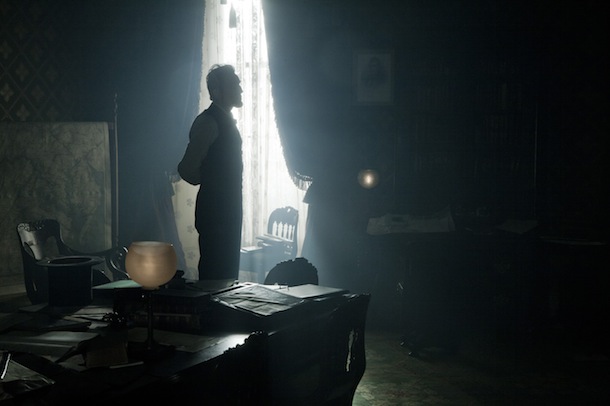 Oscar Talk: Reactions to the Nominations

Russell: Congratulations this morning to all of the nominees, including to 2013’s Best Picture winner, Lincoln. With the utterly stunning snubs of Affleck and Bigelow in favor of the inclusion of Michael Haneke and Benh Zeitlin (be still, my beating heart), the general consensus that Zero Dark Thirty and Argo were Lincoln‘s biggest competition now goes out the window. It is a rarity that a film wins Best Picture without a Best Director nomination, so the new silver and bronze medalists are looking like Silver Linings Playbook and Life of Pi.

I don’t want to underrate Silver Linings Playbook, as I foolishly did yesterday, as even Jacki Weaver got a nomination… for literally doing nothing in the film! She is furniture in the background, yet she knocked out all the competition. Clearly the rush of love for Silver Linings Playbook is so powerful that Weaver got sucked in to the whirlpool and scored a freebie. Still, with Lincoln’s superior box office and historical setting (not to mention its likelihood of winning more acting awards than Silver Linings Playbook, which only really has a shot with Lawrence), it would be a fool’s errand not to consider that the heavy favorite.

I would love to see Life of Pi overtake Silver Linings Playbook as the #1 underdog contender– certainly its 11 nominations this morning, along with Ang Lee possessing the DGA nomination that David O. Russell lacks, should mean on paper it could easily play the part of “emotional feel-good contender.” It doesn’t have the actor star value, which makes a win difficult to picture, as the actors branch is by far the largest branch of the Academy and they love their own… but its brilliance in all of the below-the-line categories shouldn’t be discounted.

Although they didn’t reward my beloved Dwight Henry, the overall love for Beasts of the Southern Wild has me giddy this morning. I wouldn’t have placed Zeitlin in for Best Director or Best Adapted Screenplay in any predicted scenario, which means Beasts is far stronger than even I gave it credit for. Same for Amour, which had many praying for a Best Actress and Best Director nomination– the Academy answered those prayers loud and clear. While I know my Django Unchained-obsessed friends will lament the absence of DiCaprio on the ballot, five nominations including Best Picture is a pretty sweet consolation prize.

Your biggest surprises this morning, Andreas?

Andreas: As usual, my “Christmas morning” was a mix of sour disappointment and sweet delight: “Ooh, five nominations for Amour! Aww, no Matthew McConaughey. Ooh, Joaquin Phoenix! The fuck, it’s only 8 AM?” The whole process results in one groggy, disgruntled movie lover. Mostly I’m unfazed. Yeah, I expected to see Kathryn Bigelow’s name instead of Benh Zeitlin’s, but we all knew Beasts would receive love somewhere or other, and Bigelow’s work this year remains astounding with or without Oscar’s imprimatur. Like you, I’m dismayed to see Jacki Weaver nominated for a performance that makes Helena Bonham Carter’s in The King’s Speech look like heavy lifting. But to quote Matthew Broderick in Election—a film nominated only for its acerbic screenplay—”We’re not electing the fucking pope here.” If Academy voters want to shower affection on an Australian actress who’s been paying her dues since Picnic at Hanging Rock, who am I to complain?

And hey, at least they threw me some bones at this early hour. Like the side-by-side Best Actress nominations for Emmanuelle Riva and Quvenzhané Wallis, polar opposites in age and background united by their talent and hard-to-spell first names. Or the Original Screenplay category, which is bursting at the seams with legitimately good writing. Or the nods for Roger Deakins and Adele, my two favorite parts of Skyfall. (Until we get a category for Sexiest Performance, that is; then maybe Daniel Craig could get some recognition, and McConaughey too!) Here’s another aspect of this year’s race that pleases me: minimal nominations for biopic mimicry! The only real “mimicry” performance here is Daniel Day-Lewis’s Lincoln, and c’mon. If you’re willing to time-travel and spend a few years shadowing the real 16th president as I can only assume Day-Lewis did, you probably deserve an Oscar or two. But they refused to indulge any Hitchcock bullshit, for which I’m most grateful.

Other than that, I’m largely apathetic. The predicted front runners are now the real-world front runners. Long shots like Looper and Ann Dowd fell through, like long shots usually do. So where to now, Russell? Do we just gird our loins for February 24th—my birthday, incidentally—and brace ourselves for yet more hacky Seth MacFarlane jokes about Nazis and Los Angeles?

Russell: I’ve come to terms with my favorite long shots being put out to awards season pasture as I’ve come to terms with the existence of Seth MacFarlane (though the phrase “Academy Award nominee Seth MacFarlane” does send the slightest of cold shivers down my spine). All that’s left to do now is see who wins the Golden Globes and the SAG Awards, in hopes that it will focus our gaze upon the future winners. The prognostication is part of the fun: while I don’t condone gambling for our younger readers, I must confess that gambling on the Oscars is a joyous affair. Nothing helps heal wounds regarding Dwight Henry’s absence from the ballot better than finding some sucker who is positive Tommy Lee Jones will lose that same category and taking his money away.

The only races with any real intrigue at this point are Director, Actress, and Original Screenplay. One would think Spielberg is the easy favorite in the director category, but with Lincoln set to claim so many awards, and with resentment of the Sir at an all-time high, I wonder if Life of Pi‘s “consolation prize” might reside within that category. The Directors Guild award should be very telling. Actress is a two-pony race between Jessica Chastain and Jennifer Lawrence. Chastain seems to have “paid her dues” more than Lawrence, but with Mark Boal as a surefire contender in the Original Screenplay Category and David O. Russell bound to lose to Tony Kushner in Adapted, the safer bet might be Lawrence claiming the Silver Linings “consolation prize.” Finally, though Boal might grab an award under the same pretense, Quentin Tarantino is somebody the Academy loves to put on the stage.

Overall, I’m personally overjoyed. Of the Best Picture nominees, Lincoln is certainly the best in my opinion, which places me in a glorious ivory tower from which I can toss gloat bombs at the Jeff Wellses of the world. Many of my favorite performances of the year are credible nominees, seriously in the hunt. Having come to terms with the expected snubs a long time ago (including my Sexiest Performance nominee, Emayatzy Corinealdi from Middle of Nowhere), I can celebrate some of the things I didn’t necessarily expect, such as the inclusion of The Pirates: Band of Misfits, Seamus McGarvey’s gorgeous work on Anna Karenina, and all of the below-the-line love for The Hobbit: An Unexpected Journey. Guess 48 frames per second wasn’t as widely reviled by the Academy as it was by critics, huh? I can celebrate the complete exclusion of The Dark Knight Rises, for the reasons noted in our previous exchange. Finally, I can celebrate getting a little more than 73% of my predictions correct: admittedly not a brilliant percentage, but since I traditionally bomb the Foreign Film and Sound categories, not terribly surprising.

Andreas: Oh, I think I agree with you on your police work there, Lou. The Best Picture winner will probably have Congress or a CGI tiger; the Original Screenplay winner will probably be disturbing and violent; I will probably gloat about not being Jeff Wells. Any surprises that strike will still lie within the extremely narrow parameters prescribed by the Academy’s taste. Unless, of course, all the Best Actress nominees merge Voltron-style into a giant Robo-Weisz and silence Seth MacFarlane midway through the ceremony… but no, I’d better keep my expectations in check. Maybe Mesdames Chastain and Lawrence can settle their stalemate by measuring who’s the more radiant? Or perhaps Joaquin Phoenix and Bradley Cooper, given their onscreen penchants for spontaneous violence, can start a brawl in the aisles? I don’t know; I’m just spitballing here.

As for celebration, I don’t think I can overstate how cool it is that the guy who directed The Piano Teacher is now an Oscar favorite. Or that a clip played during the ceremony might contain the line “I love you, but you don’t know what you’re talking about.” Like I was saying yesterday, these mini-victories are what make all the whining and statistical wankery worthwhile. It’s yet another long shot, but maybe these Academy Awards will serve as some kid’s first introduction to great latter-day filmmakers like Haneke, Wes or Paul Thomas Anderson, Ang Lee, and Kathryn Bigelow. Sometimes—OK, most of the time—it feels like any real criticism or movie love are purely incidental to Oscar culture. But the awful truth is that the Oscars are always going to be here, looming like 2001‘s Monolith over these first couple months of the moviegoing year. Might as well do something valuable with them or, failing that, have a little fun.

Were you surprised or bored by the nominations? Any small victories? Any major snubs? Let us know in the comments below!