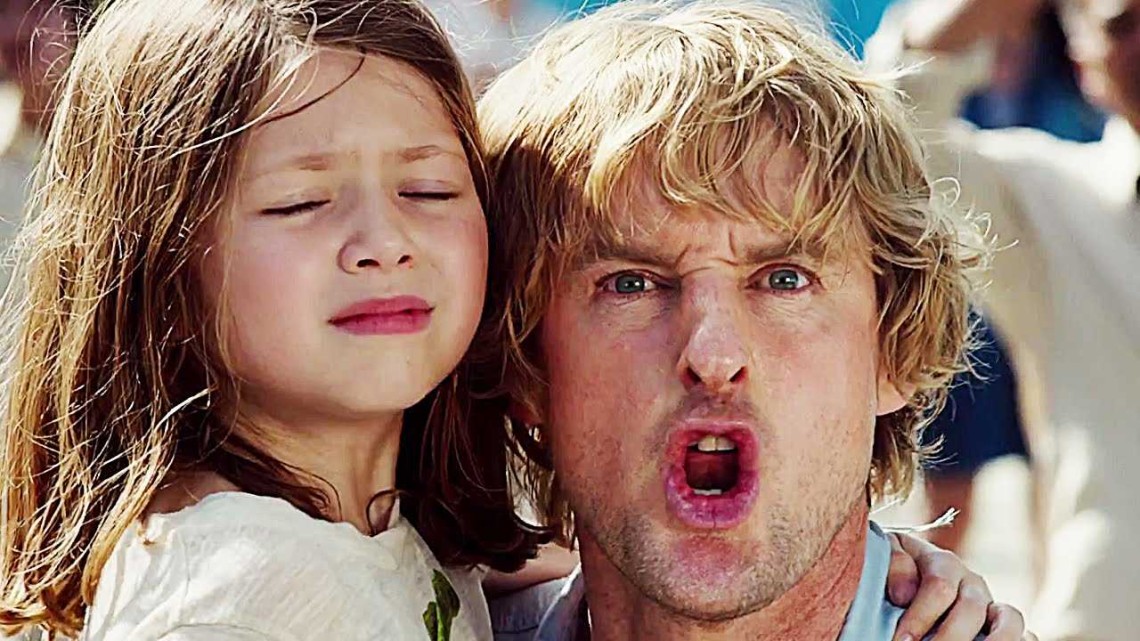 “No Escape” Is Crude, Xenophobic Trash

There’s a legitimately hair-raising sequence early in No Escape that left me traumatized. Owen Wilson and his wife Lake Bell have traveled with their two daughters to a conspicuously unnamed country in Southeast Asia where he’s supposed to start a new job at a shady-sounding multinational corporation. Unfortunately for the citizens of this non-existent country – but even more unfortunately for our white movie stars – there’s been some sort of barely explained coup and now throngs and throngs of sinister-looking yellow people are swarming the streets with machetes and machine guns, indiscriminately murdering everyone in sight.

Wilson and Bell soon find themselves stuck on the rooftop of their hotel, where folks are being mowed down left and right. Wilson figures their only chance for survival is to get to the roof of the building next door. He and his wife can probably make the jump, but what of the children? So it is decided that Bell must leap across first, then it’s up to Daddy Dearest to pick up the kids and hurl them across the chasm into their mother’s arms. This is an absolutely horrifying plan, and seeing the kids pitched off the ledge at that height can’t help but trigger a sickly, lizard-brain visceral reaction. It’s a crude scene, and damned effective.

The rest of No Escape is just plain crude. It’s also a piece of stupid xenophobic trash, released at a time when another piece of stupid xenophobic trash is surging in the polls for the Republican Presidential nomination, so The Weinstein Company might have a hit on their hands. Director John Eric Dowdle (who co-wrote the script with his brother Drew) has a background in junky, found-footage horror movies like Quarantine and As Above, So Below. The Dowdles could have easily made this into a zombie movie without changing more than a few words of their screenplay. It’s just hordes of faceless, murderous “others” chasing our movie stars around a city in ruins. No Escape looks like World War Z, except with Asians.

There’s something begrudgingly spectacular about the film’s commitment to nastiness. It’s mean, ugly button-pushing all-around – not even bothering to invent a fictional country nor to give any reason for the coup. It simply plays out like every Trump supporter’s worst nightmare of what happens when decent, hard-working white Americans venture abroad, only to find poor folks who look different from us running amok trying to murder our children and rape our women. (I’d say No Escape was the most racist movie of the year, except Me and Earl and the Dying Girl also came out this summer.)

You don’t get to see much of what makes Wilson and Bell such appealing screen presences. They’re mainly here to run. The only actual “acting” is done by Pierce Brosnan in another one of his showy, delectable turns as a scarred-up 007 gone to seed. (He’s aging into such an interesting performer, I look forward to the day someone finally puts him in a decent movie.) Brosnan’s best bit is at the beginning when he contemplates changing into sweatpants before hitting his favorite strip joint, “so they’ll know I mean business.”

Less compelling is his bizarre, late-movie monologue about how this while coup and subsequent mayhem (still conveniently never explained) is all his fault because agencies like his paved the way for corporations like Wilson’s to bleed Third World countries dry. So, sorry Owen, but all those guys I shot in the head while they were trying to rape your wife probably had legitimate grievances. Oh well.

It’s a terrible idea for a movie this willfully ignorant and predicated on pandering to audiences’ worst impulses to suddenly try and feign some sort of political understanding in the final reel. Even more risible is the escape that defies the title. “Keep paddling, there’s Vietnam!” should be a line loaded with so much awful irony, but here it’s treated as a triumph.