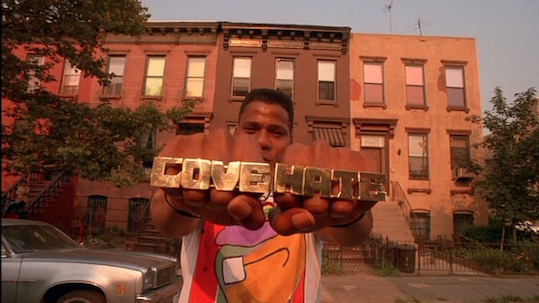 More than 20 years removed from Do the Right Thing’s firestorm of a premiere, the hand-wringing riot fears that greeted it look even more nakedly racist today even as the film’s lingering, raw power makes one fear something will happen after watching it. It is a film that thrums with outrage, an outrage that is easily transmitted to an audience by way of its palpable heat as much as its depiction of inchoate racial hate. Yet, as Ebert so rightly noted, Lee fills the film with a sense of sadness and desperate hope that overpowers its anger with regret and the desire to live in a different world. Each viewing brings out its lilting grace notes: the ice cube pas de deux with Lee and Rosie Perez, the universal irritation that greets Buggin’ Out’s misplaced righteousness, and the friendship between Sal and Mookie that may well survive even the climax’s conflagration. Only by rebuilding them can mistakes not be repeated. — Jake Cole

Paul W.S. Anderson did not really come into his own until the last few years, but an early demonstration of his clear grasp of vast but defined interiors and crisp, logical movement can be found in the deliciously creepy Event Horizon. Starring Sam Neill—because you just can’t have a good Lovecraft adaptation without him, right, Possession and In the Mouth of Madness?—the film gets as many chills from its mere static air as it does the gruesome sights conjured from a spaceship’s return from a hell dimension. Hallucinations of mangled loved ones reach into Solaris and rip out its intestines, and the increasing free-for-all of the final act goes mad without losing control. Crackerjack ‘90s horror. — Cole

David Fincher’s crowning achievement to date is an exploration of digital storytelling via an analog story. The inconclusive search for the Zodiac killer allows Fincher to explore new means of film assembly, a maximal data dump nevertheless rendered spare and crystalline by the cinematography and editing possibilities. Fincher crosses years in blinks and makes the talky sleuthing of professionals and amateurs alike move with fleet precision, but that only makes the slip of time more agonizing as all hope of justice vanishes. Indebted by its setting and paranoid energy to the 1970s, Zodiac nevertheless belongs frightfully to the present. — Cole 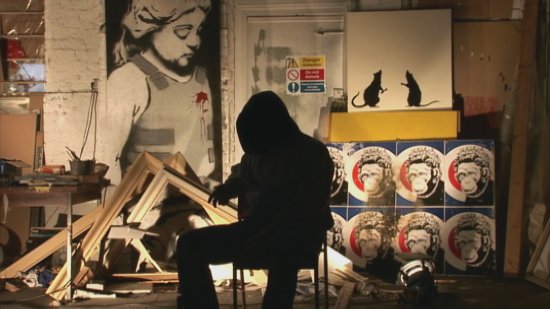 At first, Exit Through the Gift Shop works as a shifty and elusive documentary that chronicles the underground world of street art. Telling of French filmmaker Thierry Guetta and his journey of tracking down the infamous street artist Banksy, Exit Through the Gift Shop quickly morphs into a study of two men intertwined in a world where fact and fiction are blurred to the extreme. The value of true art, identity and celebrity are all heavily explored, resulting in one of 2010’s finest and most absorbing works. — Ty Landis 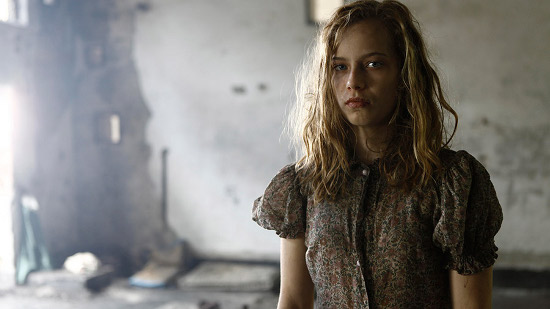 Telling of a young girl named Lore who must lead her younger siblings across a war-torn Germany in 1945, Cate Shortland’s Lore is a visually stunning sophomore effort. Coming of her debut film Somersault, Shortland’s keen artistic eye makes Lore resonate despite its familiar narrative: a young woman facing brutal survival, while all the while trying to triumph and rise above her familial political ties. It’s a solid drama featuring a strong performance from the titular character played by Saskia Rosendahl, and I’m eager to see what Shortland does next. — Landis 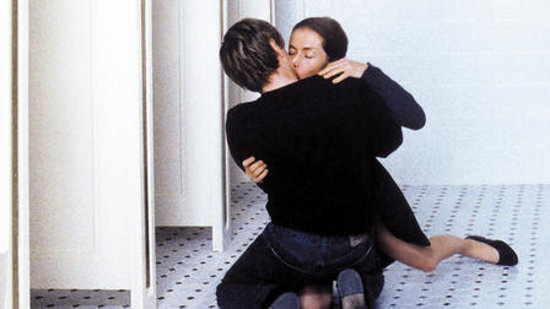 Whether you’re a fan of Austrian auteur Michael Haneke or not, there’s no denying his powerfully haunting 2002 film The Piano Teacher. Quite possibly featuring the most memorable character in all of the director’s  filmography, Haneke regular Isabelle Huppert represents a force at the center of this provocative and shocking character study. While not Haneke’s most formally rigorous work, The Piano Teacher works in its realistic portrait of masochism, loneliness, and repression. A disturbing psychosexual drama of a teacher and her pupil that simultaneously taps into the human condition through all of its unbound cruelty — one of Haneke’s best. — Landis