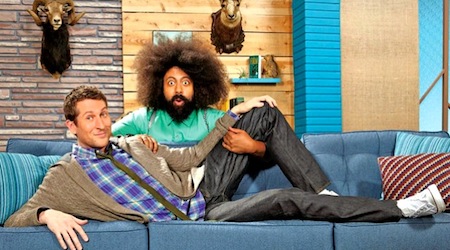 I got into Scott Aukerman’s absurdist improv podcast Comedy Bang Bang a little over a year ago and have been obsessed ever since. Last year, Aukerman ported the show into a TV chat show setting for IFC and (for those of us who don’t have cable), the weird result can finally be seen on Instant. I’ve only watched a handful of episodes so far, but the show has a wonderfully batty energy to it, clearly from the same mind that setup the source podcast but closer, in some ways, to Aukerman’s old gig as a writer for the cult sketch program Mr. Show. A lot of gags fall flat, but the same is true for any off-the-wall, experimental comedy program—there are as many misses as hits in Mr. Show, or Monty Python’s Flying Circus, for that matter. I’d recommend listening to a few podcast episodes first to get a basic idea of what you’re in for; Aukerman even cuts yearly best-of episodes to hook new viewers. For the initiated, though, seeing Andy Daly’s Don Dimelo in person, theatrical scarf, icky hand caresses and all, is worth its weight in gold. — Jake Cole

I have significantly cooled on Paul Thomas Anderson over the last few years, finding fewer and fewer rewards in his derivative early work and the evocative but half-considered ideas of the latest phase of his career. But Punch-Drunk Love is another beast, an almost sui generis feature that focuses all of his thematic touches—particularly that of the stunted male looking for a sense of belonging—into something outside his flourishes and references. At last, his intricate camerawork enhances the film rather than standing outside it, and his characters, though pushed farther than ever into caricature, have never felt more uncomfortably real. There Will Be Blood and The Master have announced PTA’s bid for the pantheon, but if I had to preserve only one film of his, it’d be this. — Jake Cole 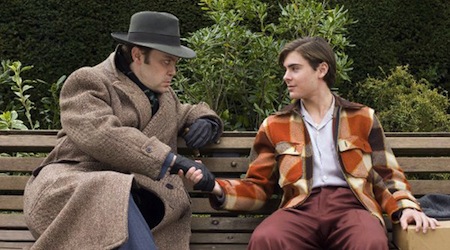 Bernie and the overwhelming buzz for Before Midnight have put me back in the mood to fill my Linklater gaps, one of which is this behind-the-scenes glimpse of Orson Welles’ time as a rising star of the theater and how his heat warmed (and burned) those who perhaps got too close. Linklater excels at depicting communities, from the apprehensive youths facing unclear futures in Slacker and Dazed and Confused to the loopy locals of Bernie, so I’ve long been curious to see what insights he brings to a stage crew’s work and interactions. — Jake Cole 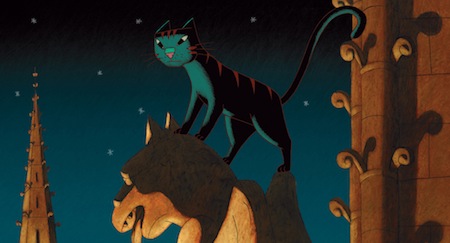 A beautifully stylized animated film from France about a cat that befriends a young girl and leads her on an adventure to solve a mystery involving a cat burglar. Last year the film was one of two foreign features nominated for Best Animated Feature at the Academy Awards, and it’s easy to see why Oscar voters latched onto it. It’s a sweet tale, animated quite beautifully. Though the film lacks the more haunting quality of something like The Illusionist, it’s still one that might leave your heart aflutter. – Corey Atad 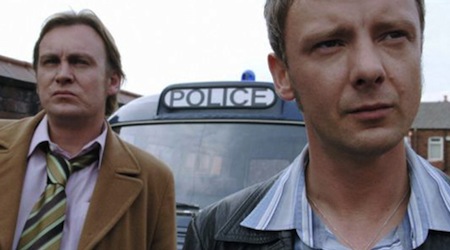 No, not the American remake, though that one was actually pretty good. Life on Mars is a BCC series about Sam Tyler, played by John Simm, a cop who gets himself into an accident only to wake up in 1973. Through the series he helps solves crimes in the 1973, dealing with the differences in policing style, as well as trying to figure out how he ended up in the past. It’s high-concept, but also a whole lot of fun. Philip Glenister is especially fun to watch as Tyler’s partner in the 70s, Gene Hunt. ­– Corey Atad

The Wrestler is still, for my money, Darren Aronofsky’s best film, and in fact the only one I like unreservedly. For once, Aronofsky’s rawness translates into something for more directly human. Where his other films are often stylistically visceral, The Wrestler is emotionally visceral. The sequence in which Randy fights in the hardcore match is physically brutal, but the true pain comes from what he’s done to himself. Mickey Rourke’s performance, while maybe a little close to his own life, is one of the greatest in modern times. He taps into an honesty of experience, which very few actors have ever managed to do on screen. If you’ve never seen the film, please make sure to watch it before it expires on the 19th.