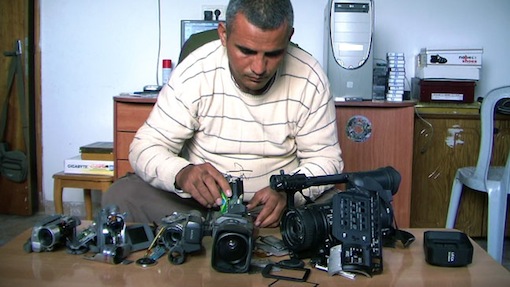 Freshly added at the time of this writing, 5 Broken Cameras is so new to Netflix I have not gotten the chance to watch it yet, but this Oscar©-nominated documentary has been on my radar for some time. The five cameras in question belong to Burnat, a Palestinian farmer who recorded the Palestinian protest to increasing Israeli settlement of his West Bank village. Davidi is the Israeli who helped him assemble the footage retrieved from each of his cameras, slowly lost to the conflict. Winning raves all over the place, it sounds like a fascinating documentary, and one I am glad to get the chance to see before the Oscars. – Jake Cole 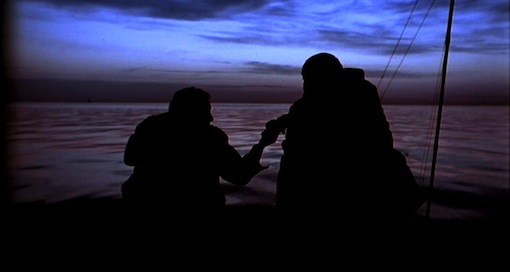 Michael Mann’s theatrical debut puts the slick, even gaudy aesthetic qualities he picked up on years worth of commercial work and TV direction on display even as it demonstrates the contemplative, abstract capacity of its maker. So much of Mann’s later career is on display here: James Caan’s thief is a man defined and trapped by his sordid occupation, existentially and even linguistically, yet tormented by the dreams that override his weary sense of reality. That blend of the real and the abstract carries over to Mann’s astonishingly advanced aesthetic, which turns Chicago into an intangible but vivid array of blotched light and color. Mann would not reach this film’s level of stripped-down genre purity for another decade, but the almost pixelated look of his blurred streets looks even further into the director’s future, to his radically innovative use of digital cameras in the 21st century. – Jake Cole 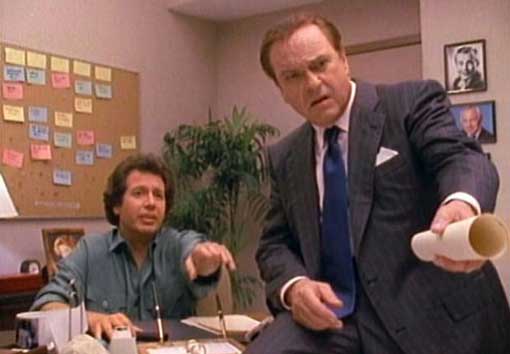 February 1 might be a few weeks away, but a) not much of particular interest expires within the seven days and b) this early heads-up offers the chance to watch at least a decent chunk of this seminal HBO program, one of the most influential modern sitcoms. The Larry Sanders Show stars Garry Shandling as the title character, a late-night host whose narcissism and neurosis make him a potent sort of tyrant, controlling but in desperate need of validation. Flanked by his hapless sidekick (a hilariously thick Jeffrey Tambor) and a raging producer (Rip Torn), Larry interacts with celebrities on and off the stage in ways that push Shandling’s self-effacing comedy into the realms of seminal squirm humor. Comparisons to Seinfeld have abounded since their concurrent runs, but the key difference is that Shandling puts just enough pathos in his loathsome creations to make their failures viscerally transfer onto the viewer. Seinfeld’s veneer of superiority is thus replaced by a genuine humanity, even if every person who appears on this show comes on as an outlandish caricature. – Jake Cole 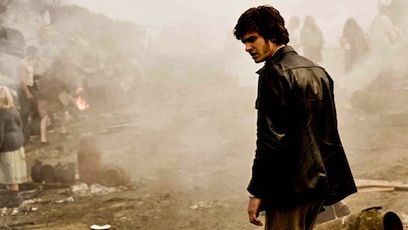 Three crime stories set in Yorkshire, the first set in 1974, the next in 1980 and the final instalment in 1983. Three different directors were set to tackle each film, giving each one its own style. The first two stories don’t really connect much, though they do have minor overlapping characters. The third film ties very closely with the third film, as well as being a general thematic capper to the trilogy about institutional corruption. The acting is also quite fantastic, with loads of recognizable Brits showing up, including Andrew Garfield, Paddy Considine and Peter Mullan. I’d also highly recommend watching with the subtitles on. Yes, the movies are in English, but the Yorkshire accents are so thick you might not understand half of what the characters are saying. – Corey Atad 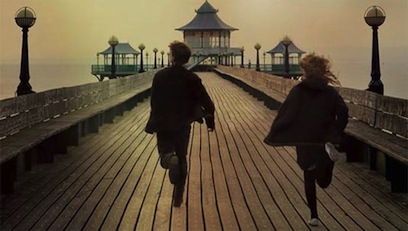 Based on the novel by Kazuo Ishiguro, Never Let Me Go is a science fiction story in which the science elements take a backseat to the deep emotional drama of the characters. It’s actually much more a coming-of-age tale than anything else, but one with extremely harrowing circumstances. It also features a trio of excellent performances from Carey Mulligan, Andrew Garfield and Keira Knightley. Romanek shoots the hell out of the film, turning in one of the most beautiful looking pictures of the last few years. Not an easy watch, but one highly recommended. – Corey Atad

(Note: Interestingly, there aren’t really any good movies expiring from Netflix in Canada in the next little while. I suppose that’s a good thing.)