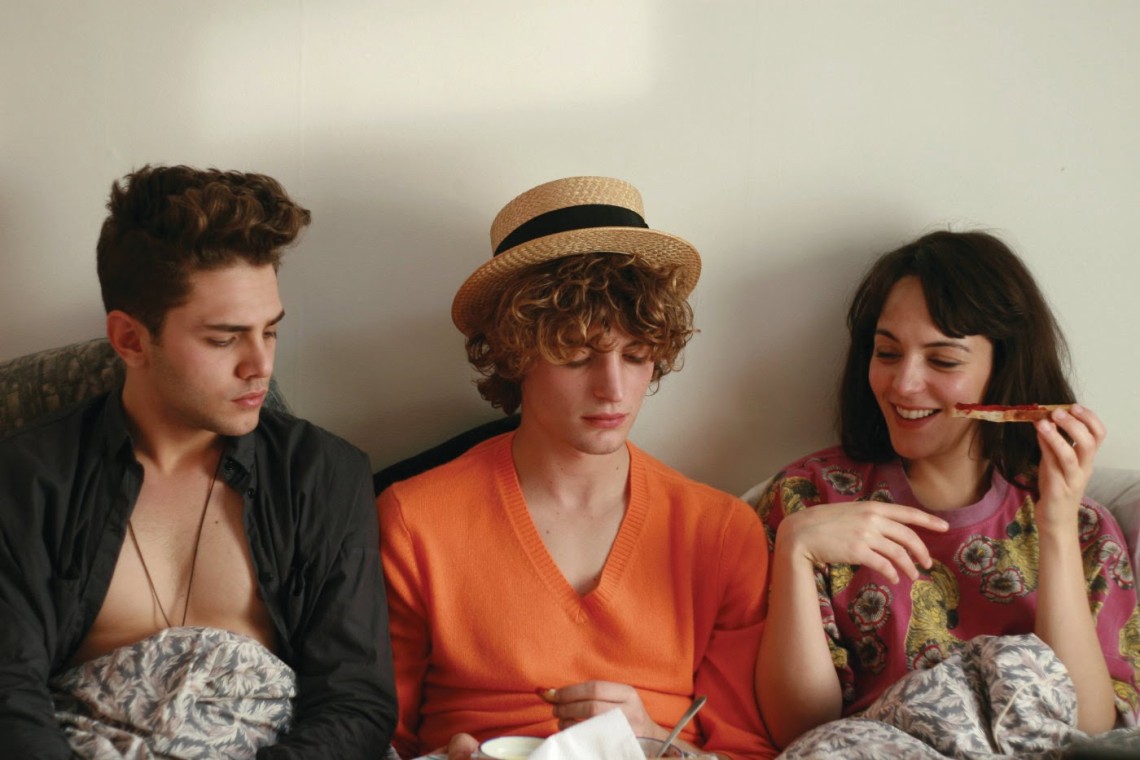 Love, Ostentatiously: The Obsessive Infatuation of “Bang Bang” & “Pass This On” in “Heartbeats”

It’s intoxicating. It has the power to the make someone do things out of the ordinary. It augments and manipulates the experience of living. Deep infatuation. Few films are able to pin that experience so accurately as Xavier Dolan’s Heartbeats, a hyper stylistic, elegant piece of filmmaking about two friends who fall in “love” with the same guy. Dolan is able to articulate the spellbinding effect that infatuation has on the two characters through the use of two songs, “Bang Bang”, describing the competition between Francis and Marie, and “Pass This On”, depicting the obsessive nature of their infatuation. Carefully utilized in the film and played nearly consecutively, Dolan nails what it’s like to be obsessively enamored.

“Bang Bang (My Baby Shot Me Down)” was originally written by Sonny Bono for Cher’s second album aptly titled The Sonny Side of Cher. Its release in 1966 proved to be one of Cher’s most popular singles, climbing to #2 on the charts in the United States, and succeeding as Cher’s most popular solo effort of the 1960s. It was covered later that year by Nancy Sinatra, whose version could be said to be more minimalistic in comparison to Cher’s original. Using a tremolo effect on the guitar, the song, whose content is already dark, becomes bleaker and melancholic. The tremolo effect accentuates the echo effect of Sinatra’s voice, which went on to amplify the power of the opening of Quentin Tarantino’s Kill Bill. The version that is used in Heartbeats is performed by Dalida, whose cover is closer to Cher’s original version, though sung in French.

“Pass This On” was released in 2003 by the Swedish electronic duo The Knife off their second album Deep Cuts. Made up of Karin Dreijer Andersson and Olod Dreijer, the song’s quiet electronic repetition of one note on calypso drums sound like one person is knocking incessantly against your skull, creating the best kind of jarring effect. Lyrically, the song exists from the perspective of one person, trying to hit on someone’s brother.

Francis (Dolan) and Marie (Monia Chokri) are in love with Nicolas (Niels Schneider), as close to a human Adonis as one can probably get. Though they are initially skeptical of his charms, they immediately seem to fall under his spell, preparing themselves as well as they can for his birthday party. Francis deliberately tries to dress like James Dean and Marie tries to evoke the vintage feel of Audrey Hepburn. During the party, Nic acts drunkenly, basically throwing off both Francis and Marie. They put up their guards, inadvertently competing for his non-existent affections. They stare across the room as he dances with his mother (Ann Dorval) to “Pass This On”. They stare lustfully, like a pair of predatory animals staring down their oblivious prey.

“Bang Bang”, in its original form, traces the relationship between two young people who, at the tender ages of five and six, respectively, play the game of “Cowboys and Indians”, ostensibly. Their relationship grows to a point where the narrator and the person she speaks of become involved. Things take a turn for the worse, and he breaks her heart.

Within the context of Dolan’s film, the song takes on dual meanings, one acting as a way to examine the competition that underlines one of the film’s primary dynamics and the other exhibiting the prophetic nature of the song.

Though it is never made clear how long Francis and Marie have known each other, the way the two interact with one another, best shown by their first exchange of lines dismissing Nicolas, suggests that they are good friends. This dynamic is thrown off by the introduction of Nicolas, someone so beautiful that it causes a rift in their friendship. When it comes to competition, the friendship, for them, seems to be something worth jeopardizing. Their “guns are out”, as it were, their platonic dynamic taking less importance due to how enamored they are of Nicolas. By now a stylistic trademark of the now 25 year old wunderkind (fresh off his Jury Prize-winning Mommy at Cannes), Dolan manifests their selfish attitudes by using slow motion when this song is used. The two are so caught up in pleasing Nicolas and reveling in their affections for him, that their world slows down. The way they walk through the streets on the way to meet Nicolas is cocky and narcissistic, devoid of any kind of doubt or self-consciousness. The two walk separately and together with unique kinds of swagger, Francis’s Dean-esque hair and bold cerulean clashing with the brighter, warmer colors of Marie’s vintage dress and conservative up-do. Everything they do is with precision, for the specific goal of being with Nicolas, emotionally or physically. It brings out an ugliness in them, both failing to mask their contempt for one another with their facades, and trading little barbs like “Not all vintage should come back”. 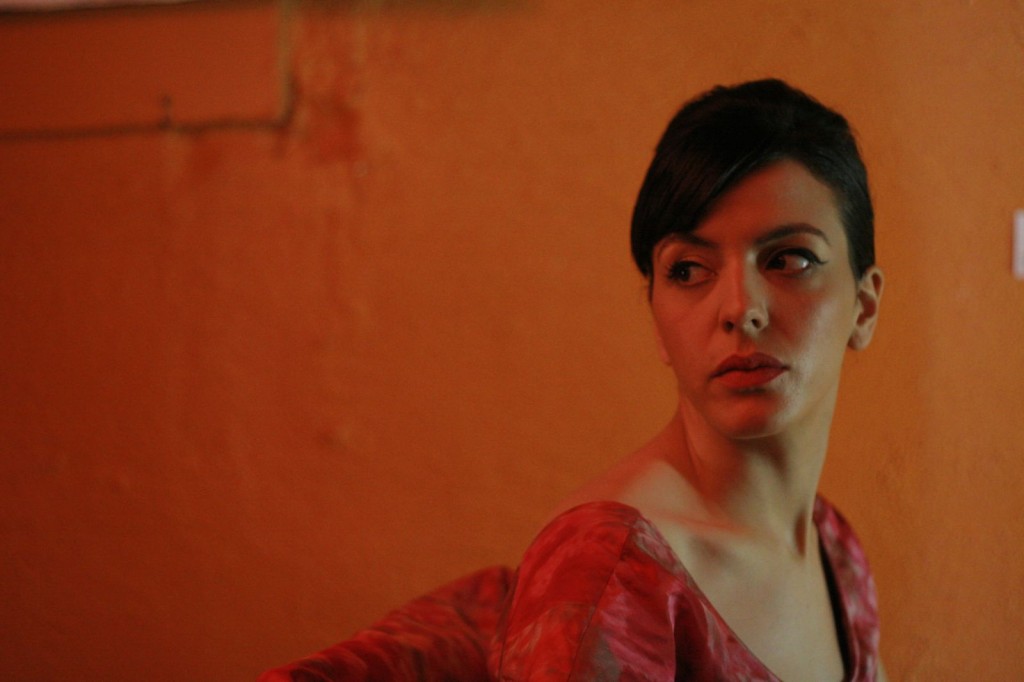 Yet, this song’s content acts like a cruel forecast of what’s to come, as their ambiguously defined friendship starts off strong and, at least for Nicolas, platonic and evolves into something more passionate and, ultimately, more painful for both Francis and Marie. (Whether or not Nicolas knows his looks can kill is up for debate.) As Marie and Francis reflect respectively their views on sex, fantasies, and their ideal mates, it becomes all the more painful to see both of them rejected by Nicolas. It is explained that Francis has marks on his bathroom walls knocking off every time he has been rejected, which makes the rejection for him particularly raw. His heart is broken, and his baby shot him down.

The song’s use in the film is defined by the slow motion, as aforementioned, and it is exactly because the infatuation that Francis and Marie experience is flamboyant. The two show off for him. Love is egotistical, especially for those within that demographic.

Equally stylistic is when the Knife’s “Pass This On” plays at the party, once again slowing everything down. Dolan gives us a peak into the minds of his characters more explicitly, taking advantage of the strobe lights at the party to insert cuts of different things for Marie and Francis. As they gaze hungrily at him, Marie sees in flashes Michelangelo’s David, for he is representative of the ideal man, both physically and ideologically. Often, Marie is seen to be attracted to Nicolas’s intellectualism, finding it charming that he uses the word “Manichean” in casual conversation. 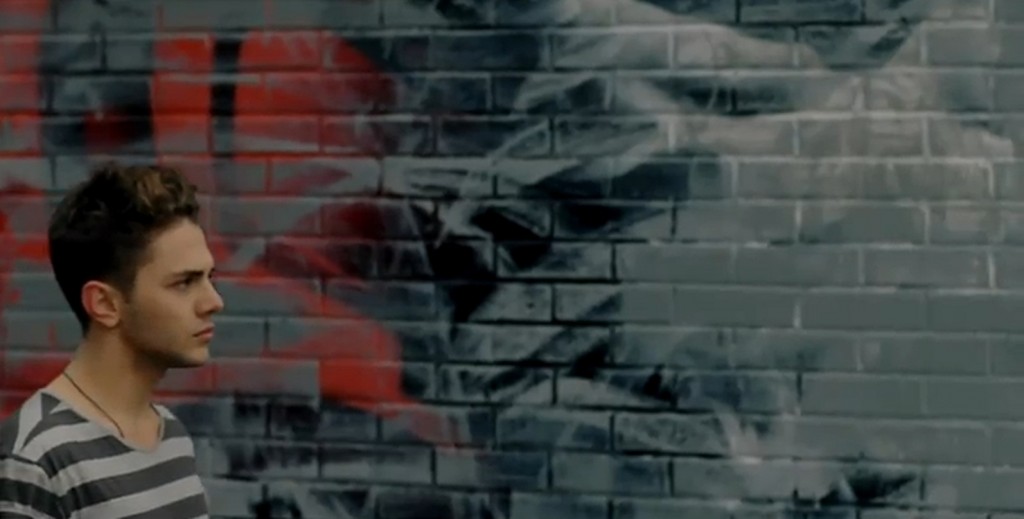 This is all augmented by the fact that the song’s lyrics lay out the narrator being attracted to someone’s brother. Attracted, though, seems an understatement, as front woman Karin sings, “I’m in love with your brother”, but directly follows that up with “What’s his name?” IN a similar situation, the singer doesn’t really know this person, yet the infatuation is immediate, stirring, stimulating. The rapidity of the synthetic symbol is like the ever pulsating heartbeats of Francis and Marie.

The kind of infatuation that Francis and Marie experience isn’t unique, and that might be the very point. Willing to brush their friendship to the side, they become nearly obsessive. Highlighting this through “Bang Bang (My Baby Shot Me Down” and “Pass This On”, their “imaginary love” walks a fine line of ambiguity. For whom is it imaginary? The only thing that matters is that it is palpable. Dolan’s point might be that young love, often defined by our own selfishness, is intoxicating, thrilling, exhilarating, and ostentatious.

2 thoughts on “Love, Ostentatiously: The Obsessive Infatuation of “Bang Bang” & “Pass This On” in “Heartbeats””