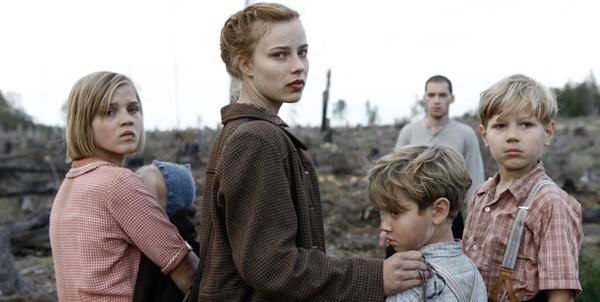 World War II has been depicted so much in films that it’s practically a genre. And like all genres, we’ve come to expect all that we could from any WWII movie. Also like all genres: After a while, there’s bound to be someone willing to bring an original spin to well-worn material, and in this case, Cate Shortland infuses a fresh perspective and a haunting moral quandary to the WWII genre, bringing a little seen part of human history to chilling life.

Lore, Shortland’s second feature film, follows the titular daughter of two Nazi parents, as she’s forced to flee from American soldiers with her four younger siblings (one sister and three brothers, one of which is an infant) when her mother and father are imprisoned by the American military.

That’s about all I’m willing to give away because part of what makes Lore such a fascinating story is how it constantly deepens and evolves both the societal transition Germany was forced to make from fascist superpower to conquered nation as well as the psychological ramifications their defeat had on the individuals in Germany.

This way, Lore manages to work immensely well in both the plot department and in the realms of metaphor. On one hand, we get to see these children go on a journey throughout their war-torn nation and see how the defeat of their Führer ends up dividing the people in numerous ways. At the same time, the more abstract war, the psychological one playing out in Lore’s head between years of Nazi parenting and the revelations of the horrors they’ve committed, is depicted in a nuanced, fully-realized way. 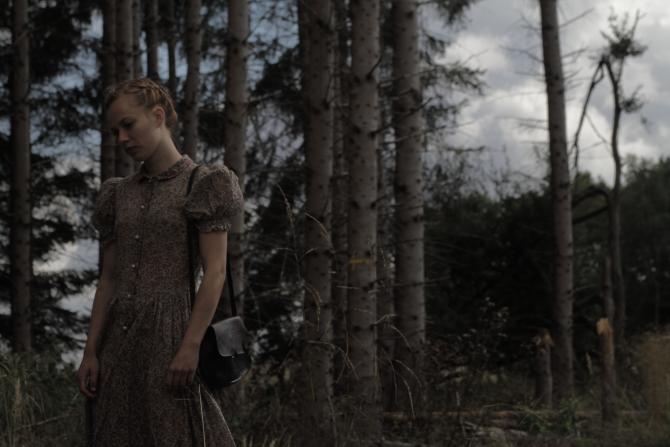 All of these numerous factors work together, converging into an experience of rich moral complexity, and a fully-realized portrait of the mindset of post-D-Day Germany. Shortland depicts the remaining followers of the Nazi party with a great deal of empathy, never resulting to broad stereotypes while managing to also acknowledge the ugliness of their ideology and how it’s, in some way, damaged their psyches. It’s a tricky balancing act that the film accomplishes 98% of the time. There are only one or two instances that don’t feel developed enough, like Lore’s SS father not having enough screen time, but they’re at least not caricatures.

The rest of the characters have the right amount of ambiguity. Their stance and ideology careens back and forth on a dime depending on the events they’re placed in, but this in no way means the characters are inconsistent. Rather, it displays a remarkable amount of intricacy to their mindsets and individual viewpoints on the Nazi defeat. Meanwhile, Shortland maintains our interest with beautiful cinematography, a consistent state of dread, and a wonderfully melancholic score by Max Richter. The film is shot with lots of close-ups and handheld camerawork, which–unlike Tom Hooper’s much-condemned Les Miserables–is very effective at bringing us into Lore’s perspective, and the film is littered with haunting imagery that will stay with you for days.

But what truly makes Lore work is the central performance by Saskia Rosendahl. As Lore, Rosendahl has a lot of heavy lifting to do and she nails every scene. Like all the characters of the film, Lore is psychologically complex and her conflicted feelings towards her past and her upbringing are beautifully portrayed. But being at the center of the film, Lore is able to display much more range than the rest of the cast, and Rosendahl does it with ease. Her transformation from the ideal Child of the Fürher to doubtful follower feels genuine and heartbreaking, not just because of the way the amoral Nazi mindset has damaged her, but because, in a way, we can understand her plight. Even if we haven’t been under Nazi rule, we can understand how it feels to realize that something you believed as a child was all but a lie.

In that way, Lore becomes so much more than just a film about post-war Germany. What it’s more concerned with is the pain of transformation in general, whether it be coming-of-age, a shift in ideology, a change of heart, etc. We all change with age, but with each change comes the pain of realizing we were totally wrong, maybe even monstrous at one point. And Lore conveys this beautifully through Saskia Rosendahl’s excellent performance and Cate Shortland’s personal direction.

Lore opens at the Laemmle’s Royal in West L.A., Laemmle’s Playhouse 7 in Pasadena, Laemmle’s Town Center 5 in Encino and Edwards Westpark 8 in Irvine this Friday.