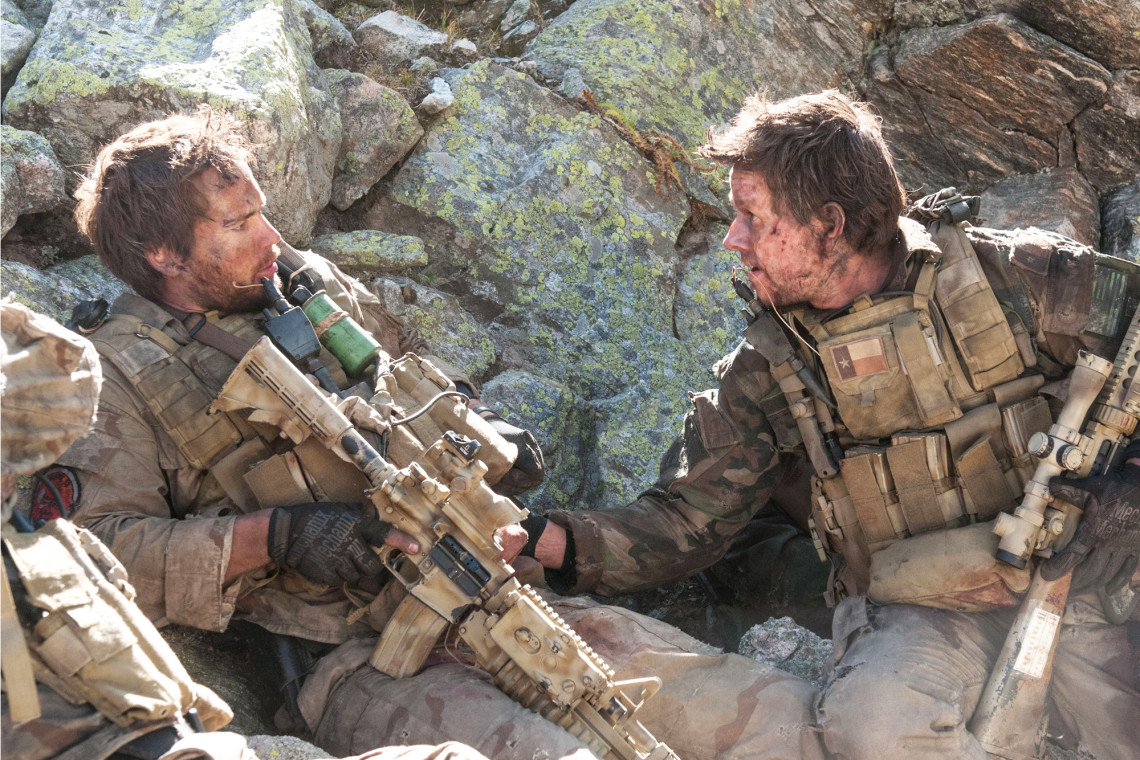 For those unaware of the details behind Luttrell’s account, Lone Survivor revolves around a military bid to either extract or eradicate a notorious Taliban leader that ultimately went south in the worst ways possible – “compromise” proves to be their downfall when a goat herder and his sons accidentally stumble upon the quartet. Rules of engagement dictate that civilians are untouchable, and so after some debate, the soldiers let them go, but not without consequence; the encounter causes a ripple effect that eventually leads to the hunters becoming the hunted.

As the title pretty clearly delineates, Luttrell, out of his four-man squad, is the only person who came out of that botched mission alive; along the way, another sixteen lives (Army specialists and SEALs) were lost in an equally doomed attempt to rescue the endangered soldiers. To describe this enterprise as FUBAR wouldn’t do it any justice whatsoever, and to Berg’s credit, his movie doesn’t totally gloss over the cascade of bad calls and procedural quagmires that contributed to the situation. Operation Red Wings was a categorical failure, top to bottom. 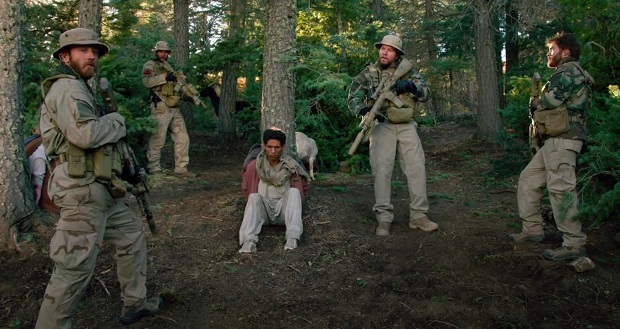 Had Berg just made a film about how the institution that’s supposed to protect men like Luttrell (here portrayed by Mark Wahlberg, though the genuine article does make a cameo early on as, surprise surprise, a SEAL), as well as his brothers at arms – Matthew Axelson (Ben Foster), Danny Dietz (Emile Hirsch), and Michael Murphy (Taylor Kitsch) – while they’re in the field utterly failed them, then Lone Survivor could have easily been this year’s Zero Dark Thirty. There are brief flashes of that picture here and there, glimmers really, throughout its running time, but mostly Berg is concerned with honoring the fallen by making them look as badass as humanly possible. This is 300, but without the overt fantastical overtones and about 296 fewer cast members.

Take in context with themselves, the gunfights – truthfully there’s really only one gunfight that plays out as an extended sequence – are pretty thrilling, at least when Berg doesn’t lean on slow-mo like a stylistic crutch. He knows his action geography, and he knows how to make the crack of a single rifle strike with incredible, blood-splattered impact. What he doesn’t know quite so well is the mechanics of cracking a character. Once bullets start flying, we know so little about each of these men beyond little surface details (Michael’s fiance wants him to buy her Arabian horses as a wedding present, Dietz’s wife has him looking over color swatches for a house painting job) that they’re practically ciphers. Maybe their families could pick them out in the fracas, but to us, each reads as a blank.

And that’s a huge, two-pronged problems. Anyone will tell you that character means everything in the world when orchestrating scenes such as Lone Survivor‘s big, central melee, but it’s doubly important when those characters are based on real human beings. Is this the best way to salute our troops? Even if your feelings toward the United States’ wings of military are complicated, the answer here should be a resounding “no”. These men kick a lot of righteous butt in the name of the good old US of A, but they scarcely register as the genuine, fully-realized people they needed to be to give the story here resonance. 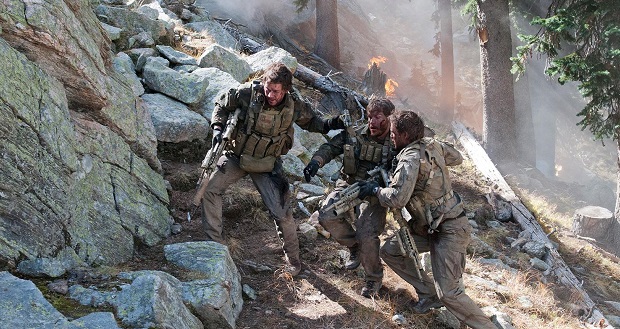 There’s a great deal Berg could have done to fix that. Sadly, he’s all too fixated on the superficial thrills of his story. Luttrell probably doesn’t look back at his ordeal as something exciting; pulse-pounding, perhaps, but not necessarily audience entertainment. (Admittedly, Luttrell acted as a consultant on production. Odds seem to favor him being pleased with the final product.) The layers of tragedy that should overlay the narrative become superseded by the fist-pumping, go-get-’em, America vibes of the set pieces; there’s plenty of room for those two pursuits to co-exist with one another, but this is a matter of the preference Berg shows toward the latter. He celebrates lives sacrificed for his own personal benefit.

Obviously, that’s going to work like gangbusters for the most zealous armchair patriots, but it makes Lone Survivor a harder pill to swallow for an audience that bothers to apply a modicum of thought to its content. These were brave men, and the losses suffered by their friends and families can only be described as titanic. But the film fails to either give proper context to their deaths, or properly recognize the bravery of a fifth man, Gulab (the terrific Ali Suliman), a Pashtun villager who aided and protected Luttrell from his enemies at enormous personal risk; it’s much happier to simply lionize American martial power and exalt the men and women (actually just men through Berg’s lens) who serve in its name when it should be eulogizing the dead.

Lone Survivor could have been so much more than what it is. Luttrell’s experience contains a surfeit of rich material for exploring the people the US sends into battle every single day in the name of national and foreign interests; it’s a tale of courage, not just that of the late corpsmen but of the selfless locals whose intervention allowed Luttrell the chance to come home. In Berg’s hands, it simply adds up to grotesque over-flattery. One can scarcely imagine that this – two hours of limp characterization and a good forty minutes of harsh, graphic violence – is how Dietz’s, Murphy’s, and Axelson’s families would actually want to remember their children.