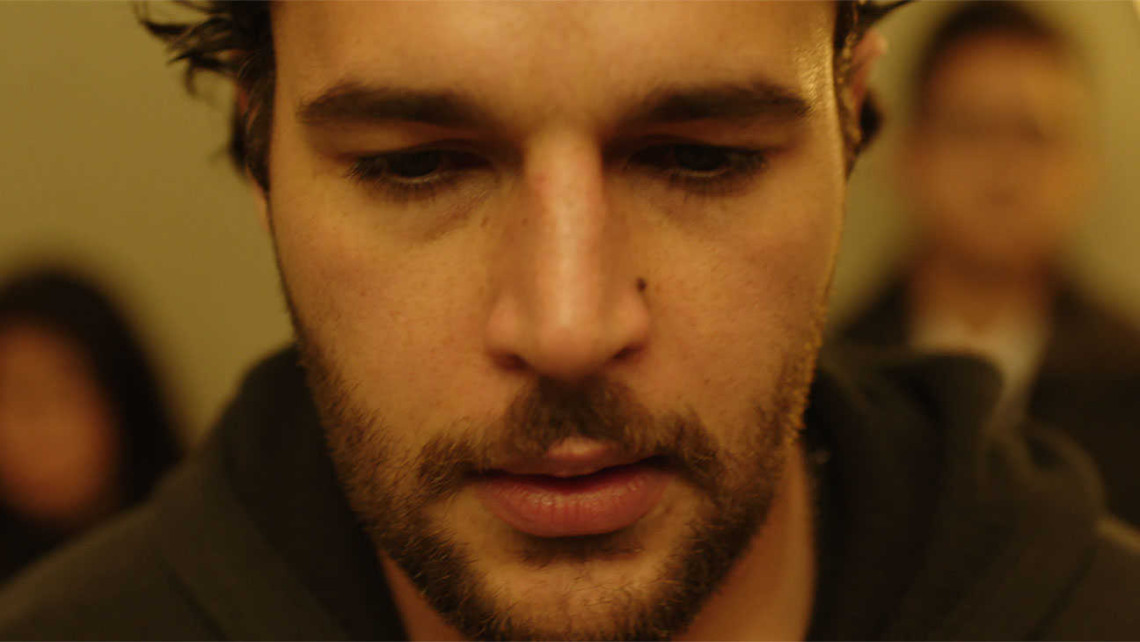 “James White” Is A Revelation

James White opens on an extreme close-up of the titular character (Christopher Abbott), sweaty-faced and dazed-eyed, earphones in, vaguely moving about to music, back-lit by neon smears. He emerges from a bar into broad daylight, gets into a cab, takes a couple of deep breaths, and closes his eyes for a moment, jolted awake by a cut of the camera and the rock of the cab coming to a stop. He gets out of the car and arrives at his mother’s (Cynthia Nixon) apartment, where the memorial service for his father is taking place, the camera remaining doggedly fixed on his face.

While, thankfully, the entire film is not comprised exclusively of close-ups of Abbott (as this device would stop being a tool for revelation and become a hollow gimmick), director Josh Mond’s marching orders to the viewer are clear: watch Abbott’s face for it is the mise-en-scène. The eyes sunken back underneath dark brows, the classically sculpted nose, the wide forehead, and the beard that’s halfway between 5 o’clock shadow and full-fledged growth. Watch his face and you will see boredom, desperation, charm, grief, the deepest sadness, and the cousins of these feelings forming, disappearing, and re-forming.

The plot of the film summed up: a twentysomething sometime addict and generally aimless but not unkind fuck-up goes through the awful pain of taking care of his slowly deteriorating mother, who has stage IV cancer. In the process, James grows, shedding some of the more wishy-washy, flaky nature of his character.

He is there, by her side, shouting at doctors and staff in overcrowded hospitals, sleeping on the couch in her apartment, taking her temperature, assisting her to the bathroom. He is totally entwined in the physical upkeep of another person. Perhaps the one way we can transcend the inherent physical separation we experience from others, encased as we are in our discrete bodies, is when the pains and excretions of another person’s body cease to be gross or embarrassing but are tended to fluidly, automatically.

It is unclear whether or not, by the end of the film, James has necessarily “grown up” or has become someone who is ready to totally bury the more unfortunate and self-destructive tendencies of his personality in favor of taking up the mantle of responsible white-collar adulthood. But frankly, given the film’s profound emotional spaces, having that question answered in the affirmative is of secondary and smaller consequence than what is revealed about James on a deeper level. And it would be gauche to think of his mother’s slow death as being used as a point of plot whose single function is to allow for James to grow up. Nixon’s character is not just something for Abbott to respond to. She is a strong, fully-fleshed presence. The pinnacle of the film, probably the scene of the year, is a long-take in the bathroom where he momentarily alleviates his mother’s pain of the pitiless proximity of death by telling a story in which he constructs an ulterior reality for them both. In such scenes, it is clear that through compassion and love, James has reached a depth of humanity a great deal of people never achieve.