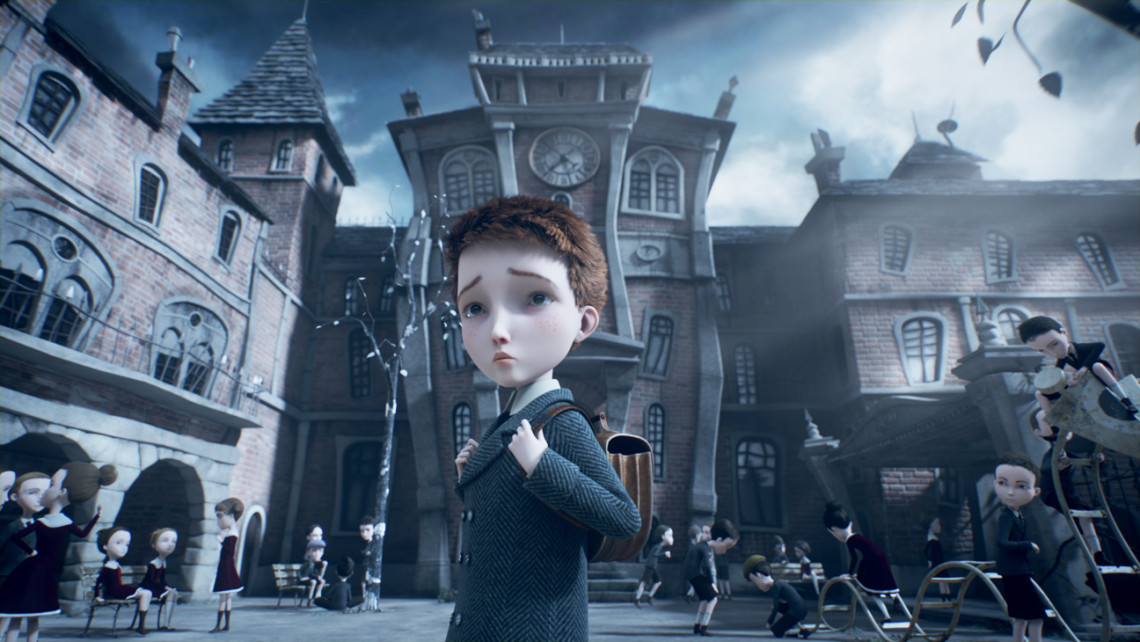 “Jack and the Cuckoo-Clock Heart” Review

If there’s one thing Jack and the Cuckoo-Clock Heart isn’t short on, it’s imagination. The film, produced by Luc Besson, France’s mad scientist of commercial filmmaking, is a lovingly madcap bricolage of ideas run rampant; it borrows from countless genres, niches, and platforms, resulting in a movie that feels intrinsically literary as well as inexorably bound to the medium of cinema. In one moment, the movie evokes the invention and wizardry of George Méliès. In another, Jack the Ripper appears to croon a musical number and menace the film’s eponymous character before vanishing and being forgotten.

Up and down, zigzag, loop-de-loop; Jack and the Cuckoo-Clock Heart is a visual amusement park ride after Tim Burton’s own heart (and, perhaps to a lesser extent, Roald Dahl’s), a movie so all over the place that it often leaves you dazzled and wanting for breath. But the sheer volume of ingenuity and creativity allows the film to handily dodge the feeling of assembly-line plasticity that plagues so many modern animated children’s films. Better to be exhausted than bored, after all, and if Jack and the Cuckoo-Clock Heart is a bit scrappy in places, it will never, ever allow you to be bored.

The film begins on the coldest day of the year in an ice-slicked Edinburgh; it’s so cold that birds turn into Fla-Vor-Ice pops in mid-flight, and newborn baby Jack’s heart stops beating just after he’s ushered into the world. To save him, the resourceful attendant midwife, Madeline (Barbara Scaff), replaces the boy’s heart with a cuckoo clock. Amazingly, Jack lives, but his existence is forevermore constrained by three rules that govern his survival: he can’t fiddle with his heart-clock’s hands, he can’t get angry or excited, and he can’t let himself fall in love. A true bummer, that, but surely it’s preferable to death – until Jack (Orlando Seale) hits his 10th birthday and, grown restless with his life of confinement, convinces Madeline to let him out into the world…

…whereupon he promptly falls in love. Of course. It’s young Miss Acacia (Samantha Barks, Les Miserables) who catches Jack’s eye (and gears), and once he meets her, the narrative gives way to his attempts at winning her affections. It’s a global adventure that takes us from Edinburgh to London, aboard a train with cars like accordions, eventually to Paris, and finally to Andalusia, where the film’s wayfaring comes to a halt amid a delightfully spooky carnival-cum-freak show. Only there does Jack’s courtship of his bonny lass begin in earnest.

More than that burgeoning young love, though, it’s the undercurrents of inspired madness that propel Jack and the Cuckoo-Clock Heart; this is a film where nobody thinks twice about curiosities like a kid with a timepiece lodged in his chest, or a man with a xylophone for a spine, and where entire cities spring out of the ground like a pop-up book. It’s a world where oddity is commonplace for its inhabitants, but fortunately never becomes so routine for us. Every drop of madness gives the picture pizzazz, while its emotional arcs imbue it with a surprisingly real weight that tempers its flights of fancy. Even when the characters aren’t engaged in matters of song and dance, their dialogue brims with lyrical brio.

Thank director Mathias Malzieu for those melodic qualities; Malzieu is the front man for French rock band Dionysos, whose concept album La Méchanique du Coeur, as well as an accompanying novel of the same name, both serve as the basis of the picture. If that makes the whole project sound like a giant indulgence, well, maybe it is. But permit Malzieu his indulgences, because their inevitable result is wonderful. The film has its share of flaws – most notably, character animations that aren’t always quite as expressive as they should be – but they make for a mere pittance in comparison to its far greater span of treasures. Even while wearing its obvious, name-dropped influences on its sleeve, Jack and the Cuckoo-Clock Heart feels original in the sincerity of its magic.