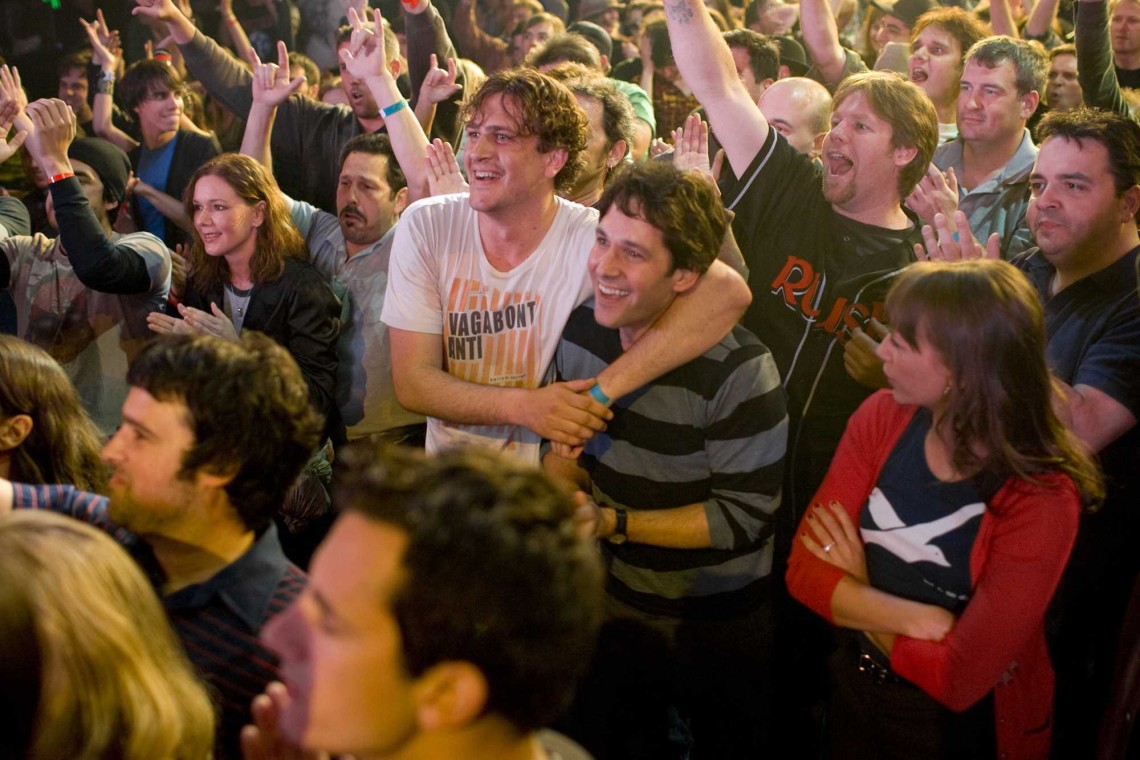 Kyle: Noah, I unfortunately neglected to read your piece, “Three’s Company: A Trio of Modern LGBT-Themed Comedies”, when it was initially posted, but I was immediately intrigued when I skimmed it that day. Your choices — I Love You, Man, Talladega Nights: The Ballad of Ricky Bobby, and Chasing Amy — are, to say the least, relatively unconventional. Your theses are pretty compelling, though: I Love You, Man as a film about a gay relationship; Talladega Nights as one about redneck intolerance; and Chasing Amy as one about trangressing monosexuality. And, in a larger context, you suggest that these films subtly ushered their ideology into the mainstream to a point where they prepared the population, so to speak, for SCOTUS’s ruling on same sex marriage.

I’m an admirer of Kevin Smith’s Chasing Amy, so I have no qualms about the inclusion of that film on your list. The others, however, piqued my interest. I don’t think your argument is wrong, per se; you posit your points concisely and elegantly, but I’m hesitant to reach the same conclusions you do on these films. I Love You, Man, for all of its progressiveness with regard to homosocial relationships, seems a little bit more attached to the idea of the “bromance” as something inhibiting fluidity without inhibition. And Talladega Nights is the kind of absurdist comedy that I don’t read as being as thoughtful about its satire regarding intolerance or queerness, especially since Sacha Baron Cohen’s character is drawn up utilizing almost nothing but well worn stereotypes without much subversion therein.

Noah: I’m really happy that we’re having this conversation. As a straight male, I often wonder how a post like this goes over in the LGBT community (yes, I”m using you as a stand-in for the entire community since you’re the only one I heard from), and I’m eager for the feedback and the back-and-forth.

In thinking about your response, it seems clear to me why a gay person would take issue with some of these choices. These films are not made with members of the LGBT community in mind. They are not even made for straight, progressive folks like myself. No, the intended audience is those who need a little help coming to grips with the concepts of tolerance and quality that seem so obvious to us. I Love You, Man is ostensibly for dudebros (although with Rudd present, clearly the ladies were being courted, as well), while Talladega Nights, with its NASCAR setting and frat-member-turned-comedy-star Will Ferrell, was aimed firmly at red-staters. Because the audience was comprised of people still dealing with some sort of institutionalized or internalized homophobia, these films rely – in part – on some stereotypes or other regressive depictions of sexual identity to make their massage palatable. It’s a bitter pill to swallow, and there may be some risk involved (the cartoonish depiction of a gay man in Talladega Nights could be desensitizing), but I believe this is exactly how the mainstream movies can make change. I have some more specific thoughts on these movies, but I’d love to offer you a chance to respond to these overall points.

Kyle: I’m happy to oblige! I’m here to speak for all of the queer community, because, as a cisman, that’s sort of my wont.

I appreciate the perspective of the Baby Steps method; the inadvertent progressivist mindset to, little by little, allow people of marginalized groups become more visible, have more power, become more nuanced, etc. And I don’t doubt that some of my ire at the way these films somewhat clumsily do this comes from a place of privilege — me living in my nice little bubble talking to very open-minded, intellectually inclined writers and other liberals in my nicely furnished echo chamber. But queer characters have been on the screen for nearly as long as the cinema, in various iterations both offensive and flattering, complex and simple. They’ve often been coded through mannerisms, signs of class, or elocution, as opposed to out and open, but they’ve been present nonetheless. (Should you, or our readers, be so inclined, check out Vito Russo’s terrific book on the subject, The Celluloid Closet, and its documentary counterpart.) Progress comes at a snail’s pace, I understand, but at a certain point, it gets tiresome waiting for some folks to catch up. But, this is more on me, or us, than on them perhaps. 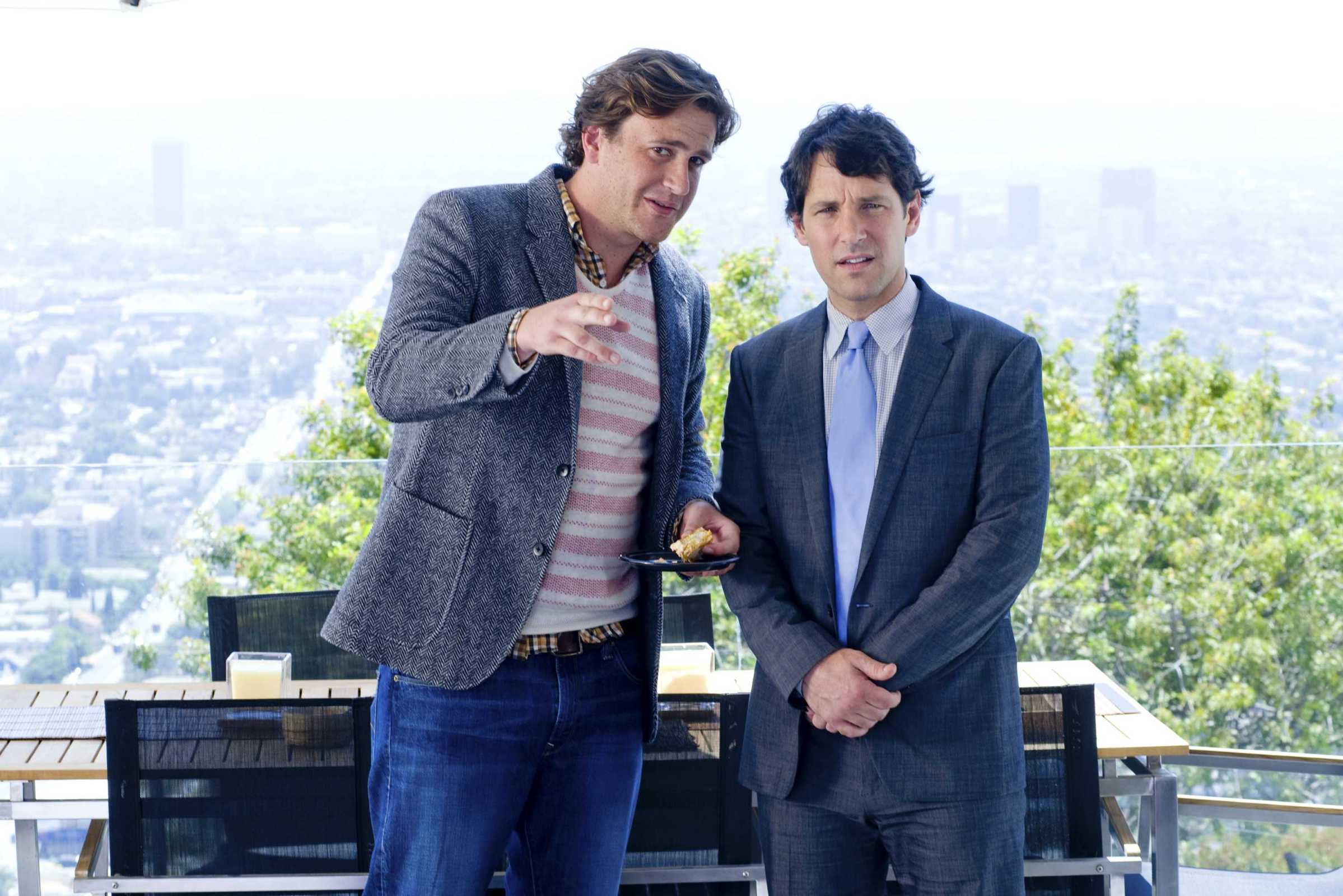 I Love You, Man is perfectly charming, and I like how you point out that, since it comes from the director of Along Came Polly, it plays essentially the same beats. Its title baits at the audience as well, daring viewers to see exactly what context that’s supposed to mean. But, should the subtext you suggest be taken in account (Rudd’s coded femininity, Segel’s slightly more ambiguous brand of masculinity), it reads as sort of heteronormative. It’s nice to see male companionship play out as normal, without gay panic humor, like in Magic Mike XXL, where the strippers openly say “I love you” without any such concern attached to it. It’s neither toxic, nor a form of mockery. And while the ostensible goal of I Love You, Man is to do the same, it still has a very strong whiff of either panic (a so-called subversion of audience’s expectations, I guess?) or a bit of self-congratulations. That said, I do think it works towards a normalized hetero-validation and fraternal bond without being galling.

Noah: That’s interesting. On the one hand, I think I Love You, Man addresses the very qualms you had with it. The film does, as you mention, build to a moment where Pete (Rudd) can tell Sydney (Segel) in front of his family and his fiancée that he loves him without any gay panic, but he had to slog through a lot of gay panic to get there. The fluidity that you spoke of earlier is on great display throughout. Early on, when Pete is trying to make friends, he accidentally ends up kissing a gay man (Thomas Lennon). There is also the presence of Pete’s brother (Andy Samberg), a gay man who specializes in turning straight dudes. All of this adds up to a very confusing situation for Pete, which is why it seems like such a triumph (yes, self-congratulatory!) that he can finally tell another man he loves him. But he has to be standing on the altar about to marry a woman to feel comfortable doing it! It’s a bit complex, and it’s not all good, but I still see it as a welcome deconstruction of the gay panic behind so many of the Apatow comedies of that era.

Regarding Talladega Nights, I want to hear your thoughts on it, but you’ve already changed my thinking on it a little. The depiction of Jean Girard (Cohen) is troubling. While it’s nice that Ferrell and Adam McKay tried to perpetrate this sneak attack on conservative America by having Will Ferrell kiss a gay, French dude, they would have had to break down the stereotype at some point for this to really work. To show Girard as a complex human being with actual, you know, feelings would have eased my concerns about it, but that’s not going to happen in a movie like this. So I think your criticism of it based on its genre and style of comedy is spot-on. It may have moved a few people in the right direction, but it could have done some harm, too.

Kyle: I’ll give I love You, Man (a film, by the way, I do like a lot) this: it does have a bit to say about masculinity, or how we perceive it. While I’m disinclined to be on board for “ends justifying the means”, I appreciate its general objective. And the presence of Samberg helps. It does a nice little corrective of the perception a lot of people (still seem to) have about queer/gay men: that we’re locked into the sissy archetype. There’s nothing inherently wrong with being that, by any means, but that people don’t understand LGBT identity as being anything other than the most frequently used archetypes is annoying. In Samberg’s case, the performance of traditional machismo is interesting because it’s utilized specifically to get another person, ostensibly straight, to become vulnerable, which is often antithetical to our understanding of traditional masculinity.

My ambivalence towards Adam McKay’s brand of humor/satire puts me in a place of bias. I don’t think we need Jean Girard to be a complex character, but if we’re going to perpetuate stereotypes, wouldn’t it be more interesting if we said something new about them, or new about what they say about us? Ironically, your position has pushed me a little in a different direction, ever slightly more favorable, but I had hopes that McKay could do more with that absurdity. The husk of a character he uses is the kind that thinks gayness is a secret language, in the vein of the escritoire joke on Unbreakable Kimmy Schmidt. And while it makes sense to create Girard as a thing (I use that word intentionally) who represents an ideology that the rest of the folks in the film are so diametrically opposed to, a clumsiness about it reveals itself in a hard to articulate way. I do think it’s interesting that Girard is in a monogamous relationship, at least dispelling the idea that we’re all cruising 24/7. Maybe a moment where he’s humanized is what I want in the end. That, I think, would be the ultimate subversion. 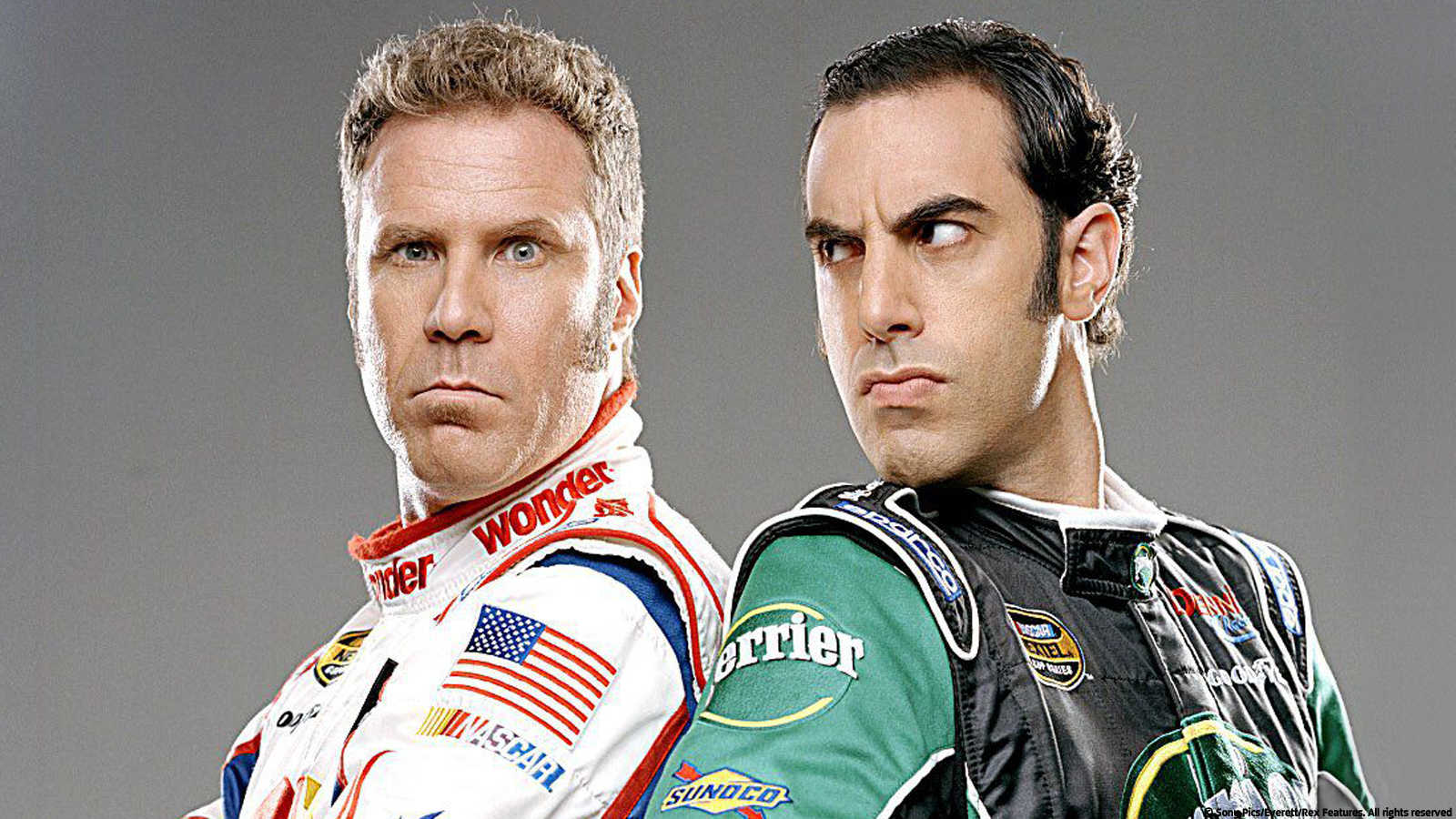 Noah: Agreed entirely. And the fact that he is married is crucial to my argument. It seems that Ricky Bobby and his gang are particularly offended at the marriage, as if Girard is rubbing his gayness in their faces. Which, unfortunately, is how some people out there would actually feel about it.

I guess my ultimate argument comes down to this: I agree with your criticism of these films, and it’s certainly expanded my perception of them. We should criticize them because it reinforces the progress we have made, but we should also understand the place and time they came out of. If Talladega Nights came out today, I’d cry foul. But in 2006 – not that long ago in years, but a significant amount of time in how the public perceives gay marriage – it represented a snapshot of how a good portions of Americans felt about queer culture, and it tried ever so slightly to push them in the right direction. I Love You, Man deconstructed the “bromance” in ways that are part of our conventional wisdom now. These movies to me are like historical documents, and the further we get away from them in time, the more ridiculous they should look. It doesn’t mean they didn’t have value – at least a little – at the time.

Kyle: I completely agree with your perspective: that these are artifacts that are evidence of a popular culture working towards tolerance and acceptance, and while I am sometimes ambivalent about that kind of mindset in 2015, they nonetheless can be regarded as such. Much in the way that at one point we thought Gone With the Wind or Mississippi Burning were progressive films and now looked back on as, well, artifacts of a culture working towards progression and kind of problematic, these films will maybe work in the same way. But I think that one of the strengths of these films, and of your argument, is that they’re watchable. they’re good, maybe some even great. I’m just glad we’re not discussing something heinous like Dallas Buyers Club or something milquetoast like The Imitation Game. Baby steps. As far as 1997, 2006, and 2009 go, I think I can jam to that.

Noah: Thanks for the conversation, Kyle. I love you, man.

Kyle: And thank you, good sir. [makes out with French lover, rides horseback into the sunset to the nearest Barnes and Noble]