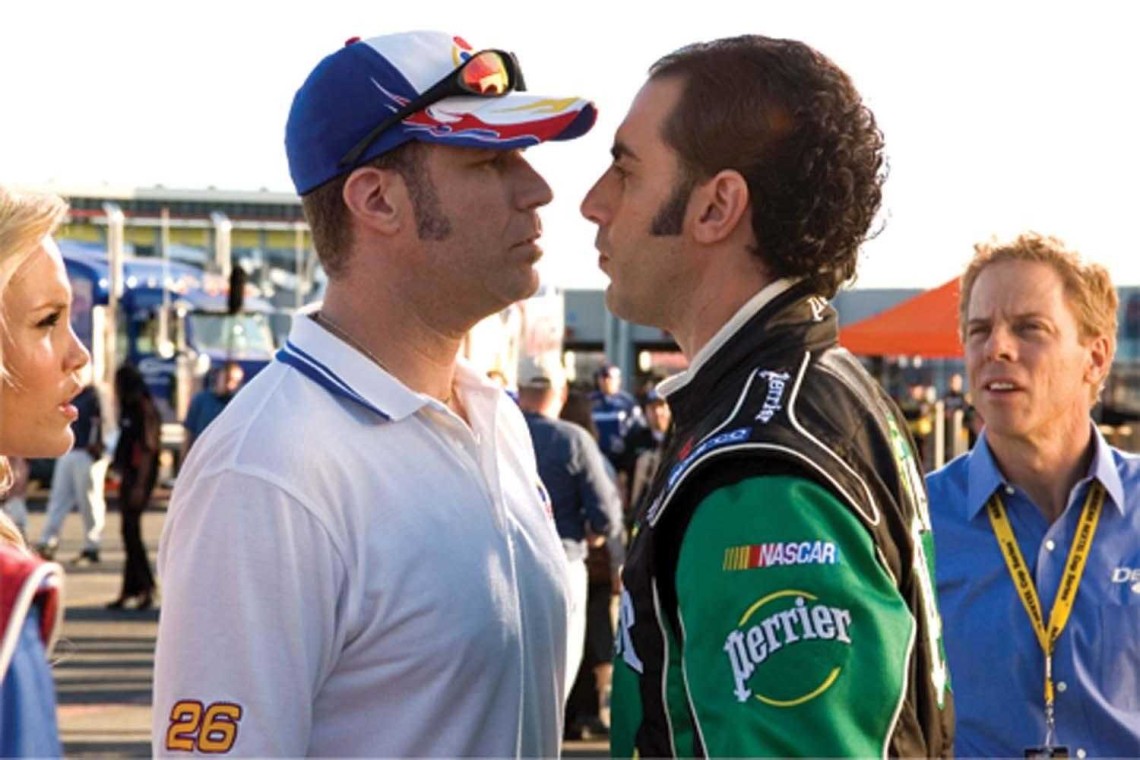 Movies—is there anything they can’t do? On Friday, the Washington Post’s Alyssa Rosenberg celebrated the legalization of same-sex marriage by remembering a film that laid the groundwork for the historic Supreme Court decision: In & Out. The 1997 comedy is a cleverly progressive parable about a gay schoolteacher (Kevin Kline) who is forced to reckon with his own sexual preferences after being publicly outed by a former pupil. The hit film, Rosenberg argues, raised awareness, challenged audiences, and pushed the country a little close to acceptance and tolerance, despite relying heavily on tired gay stereotypes.

But In & Out is not the only film to have pulled off such a feat, and it takes more than one good movie to change a culture. In subsequent years, filmmakers continued to find original and effective ways to push boundaries on LGBT-themed filmmaking, and the following trifecta of films are the best, but far from the only, examples.

First, a disclaimer: These are not the most progressive or provocative LGBT films. You won’t see Weekend (2011) or Boys Don’t Cry (2000) or even Brokeback Mountain (2005) on this list, despite those films’ significant achievements. In fact, none of these films even have gay protagonists. But that’s why they were successful. These are the cultural works that moved the needle on LGBT issues without their audience knowing. By subtly incorporating themes of tolerance and understanding into stories with huge mainstream appeal, each of the following films functioned as a cinematic Trojan horse, delivering a progressive message inside the walls of conservative America. 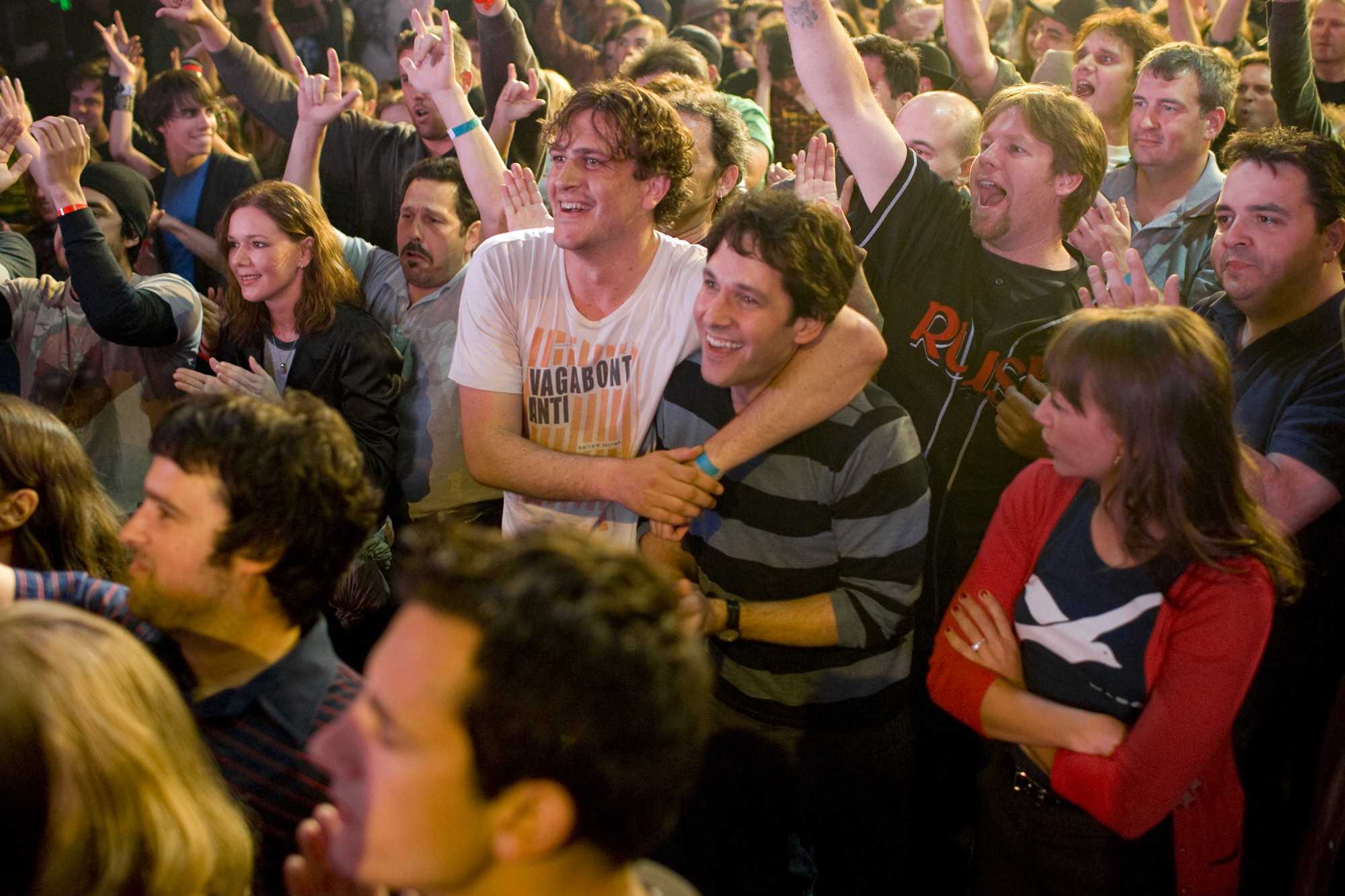 I Love You, Man was marketed as a comedy about the awkward practicalities of trying to make new friends as an adult. Look closer, though, and you’ll see a surprisingly overt declaration of support for same-sex marriage. Paul Rudd plays Pete, a real-estate agent who, when asked to pick a best man for his impending nuptials, realizes he has no friends and set out to make some. He strikes up a meaningful friendship with the androgynously named Sydney (Jason Segel), and the film charts the ups and down of their friendship as if it were a romance. Writer/director John Hamburg hits all the same story beats as his previous film, Along Came Polly, thereby inviting the audience to perceive the relationship between Pete and Sydney as a romance, even though it’s technically not. America may not have been ready for a rom-com about two guys falling in love, but they got one anyway.

Rudd’s performance goes a long way towards selling the subtext. In early scenes in which he tries to buddy up to some of his alpha-male acquaintances, he comes off not just as a lonely guy trying to make friends but also as a gay man trying to pass as straight. Also, he loves The Devil Wears Prada, summer salads, and making root beer floats with pirouette chocolate straws for his fiancée and her friends. Only Sydney accepts him for who he is, and despite hanging the plot on Pete’s impending wedding, it’s the same-sex relationship that the film is really interested in. Consider the climactic scene, in which Pete and Sydney reconcile in front of an altar. Pete is there to marry his girlfriend Zooey, but the film doesn’t actually care about that. After the two guys publicly express their feelings for each other, the credits roll, and the audience barely notices they just witnessed a same-sex marriage. 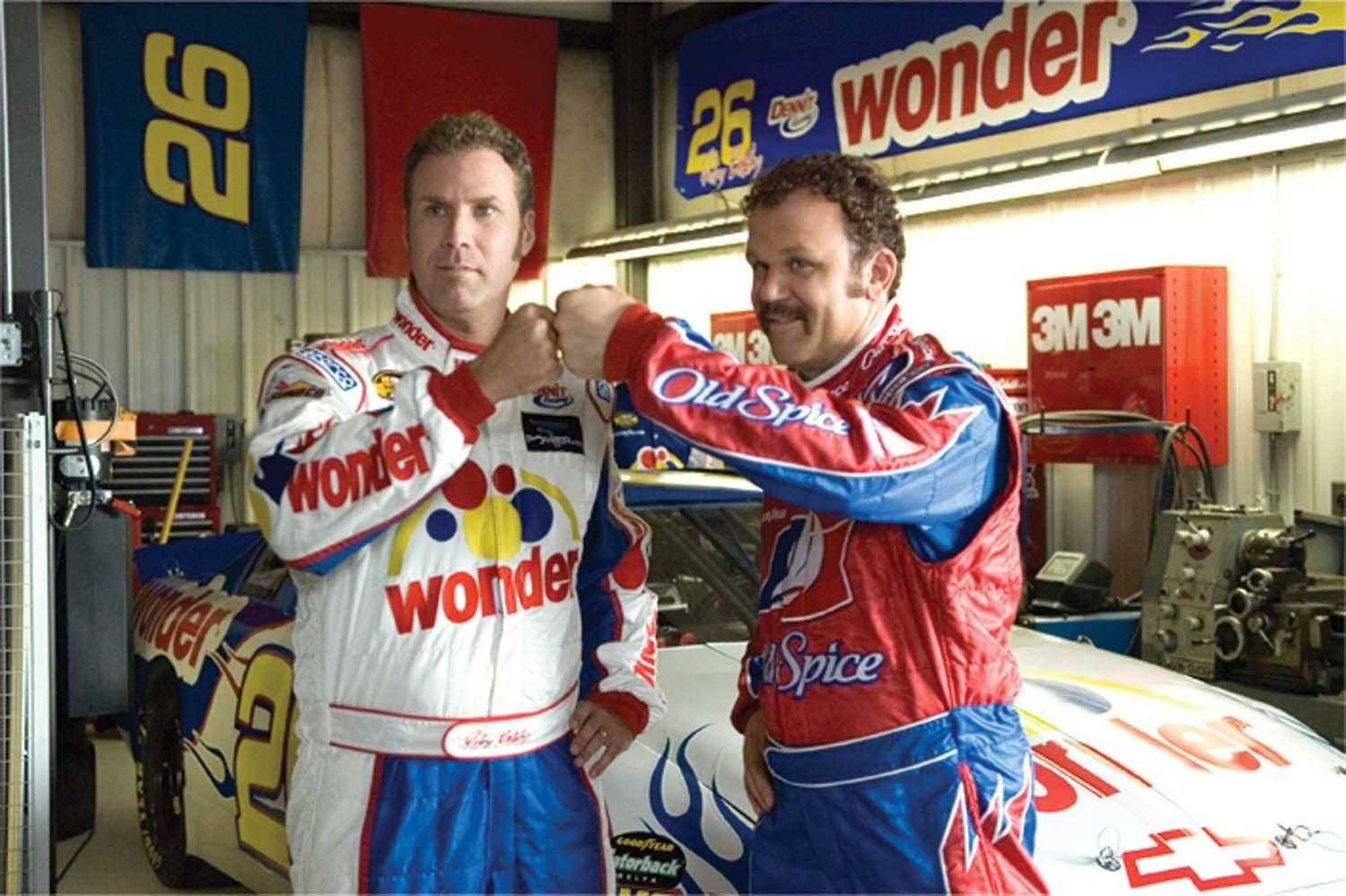 America’s best politicians have nothing on Will Ferrell, who has, over the course of his long career, consistently packaged progressive messaging into material embraced by red-state America. Anchorman: The Legend of Ron Burgundy addresses sexism in the workplace; The Other Guys educates viewers about Wall Street corruption; and The Campaign is about the influence of corporate greed on our political process. Still, his finest hour (although not necessarily his best film) may be Talladega Nights: The Ballad of Ricky Bobby, in which he plays a NASCAR driver—that staunch red-state icon—who goes on a journey of self-reflection and tolerance that ends with him kissing another man in from of 100,000 screaming rednecks.

It works on two levels. For urban liberals, Ricky Bobby is just another absurd Ferrell creation; but for those Americans who love NASCAR, hate the French, and are disgusted by gay people, Talladega Nights ends up challenging their beliefs. Still, they can accept it because it never asks too much of them. After Ricky Bobby and Jean Girard (Sacha Baron Cohen) kiss on the race track, Girard goes in for more, but Ricky Bobby reverts back to his homophobic self and pushes him away. Not so fast, everybody. This will take a little more time. 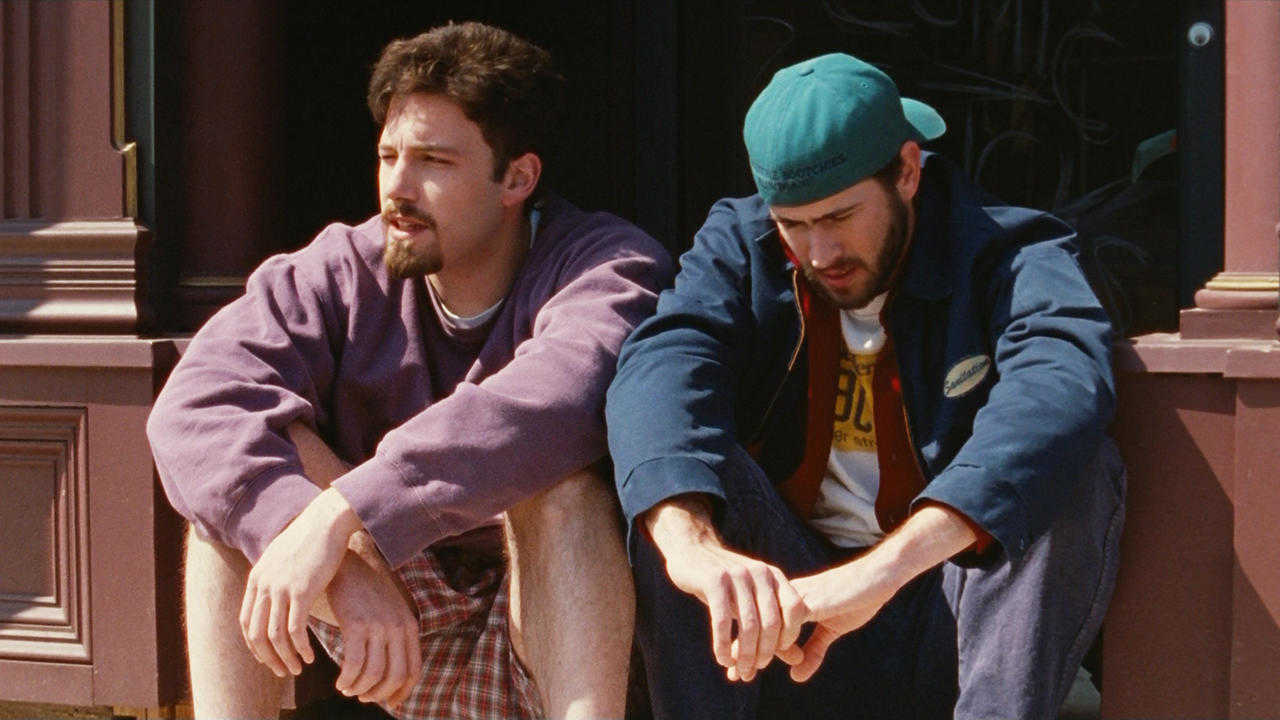 Kevin Smith’s third film is provocative, maddeningly uneven, and unflinchingly honest in its depiction of a conservative white man grappling with the ’90s’ newly drawn lines of sexuality. Much like I Love You, Man, Chasing Amy deconstructs a close male friendship and finds equal parts affection and gay panic underneath. Central characters Holden (Ben Affleck) and Banky (Jason Lee) flirt with each other, bicker, and get jealous when one of them gets serious with another girl. Banky’s hostility towards Holden’s new flame—we’ll get to her in a minute—has less to do with his staking a claim on his best friend; rather, Smith frames Banky as a repressed gay man who sublimates his romantic feelings for Holden into hostility, jealousy, and homophobia. In this way, Chasing Amy examines the homoerotic tendencies of the genre, but it deserves extra credit for its foresight. The film predates the current trend of bromances begun by Judd Apatow by nearly a decade, making its insight even more impressive.

Of course, the primary relationship in the film is between Holden and Alyssa (Joey Lauren Adams), a lesbian with whom he embarks on a tumultuous relationship. Smith’s depiction of this relationship could be seen as regressive by today’s standards. In fact, the very premise of the film—that Alyssa would stop being a lesbian and start dating a guy—would be a tough sell today (curiously, the word “bisexual” is never uttered, although “lesbian,” “dyke,” and “rugmuncher” get thrown around quite a lot). But the cringe-worthy moments are still edifying. In Holden and Banky, Smith creates a pair of surrogates for the confused heteros in the audience, and he sets them loose to ask the embarrassing questions that many of us back in 1997 were shy about venturing in real life. “Why girls?” Holden naively asks during their first conversation on the subject. Banky has a more narrow focus: “Since you’re lesbians, do you just look at yourselves naked in the mirror all day?”

And that will be a problem for some: Along with the other films on this list, Chasing Amy could frustrate those who are already supporters of LGBT equality. After years of fighting for more positive depictions of the LGBT community in film, activists deserve to see stories about gay people that are not filtered through the experience of straight ones. These days, we are starting to see those, but it’s still worth celebrating the films that paved the way. Look closely at Chasing Amy and the other films on this list, and you can see a still-conservative nation struggling to adjust to new realities, and showing both an earnest attempt to move forward and exposing just how far it has to go.

2 thoughts on “Three’s Company: A Trio of Modern LGBT-Themed Comedies”