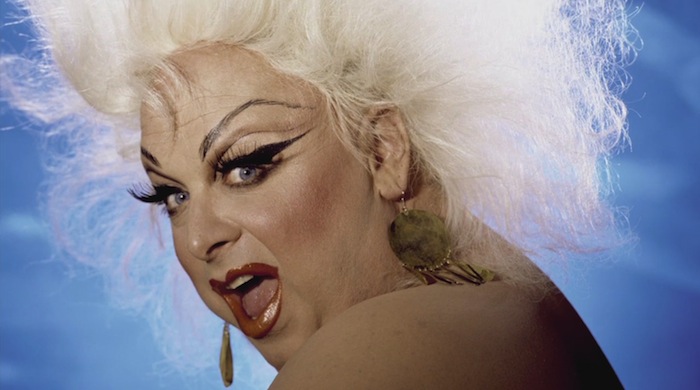 ‘I Am Divine’ Is A Fitting Tribute to the Entertainer

For over a decade, documentarian Jeffrey Schwarz has made a career of behind-the-scenes work. He is a man of television specials and DVD extras, directing shorts about the making of films as diverse as Footloose, Resident Evil, and Friday. In recent years, he’s turned that talent to creating biographies of outsider artists in cinema, particularly those who worked with LGBTQ interests. He’s directed feature-length profiles of film historian Vito Russo, gay porn star Jack Wrangler, and William Castle, the master of gimmick films. For his latest film, I Am Divine, Schwarz has turned his attention to a personality more outsized and flamboyant than any other subject he’s tackled: Divine, the Queen of all drag queens.

Divine is an icon of cult film. His look was unmistakable, his personality unforgettable. As a singer and performer, he took the then-nascent disco scenes of New York and San Franacisco by storm, and his long acting partnership with director John Waters is as important a collaboration as those of Stewart and Capra or Wayne and Ford. And if you don’t believe me, then you don’t understand how seismic that moment at the end of Pink Flamingos was in American consciousness. As millions of gape-jawed theatergoers watched Divine eat real dog feces, a new era of midnight movies began.

Schwarz uses interviews with both film experts and personal acquaintances of Divine to sketch out the performer’s life, including Divine’s mother, Frances Milstead. Over 90 minutes, the documentary shows us how a young man went from a buttoned-up suburbanite to an outrageous drag queen before becoming the unlikeliest kind of star. Every aspect of his life is touched on, from his blossoming homosexuality, to his subsequent conflict and reconciliation with his parents, to his on-and-off struggle with weight gain and how that ultimately led to his untimely death.

Biographical docs often face the danger of being too small and feeling like little more than episodes of a basic cable series. I Am Divine is saved from this fate by its subject. While Divine is gone, he lives on in both the films he made and extensive historical footage, all of which this doc expertly cobbles together. He’s a presence, rather than a distant idea to which the still-living characters can only make allusions. And what a presence! The man was a riot, a juggernaut of sassy, take-no-prisoners energy. Seeing him on screen, one understands how a man could indulge in coprophagia for no other reason than that it was in the script.

While never boring, I Am Divine still feels like a somewhat neutered exposure to the genuine article. Clips from Female Trouble or Lust in the Dust can only convey a fraction of the full effect that Divine can have. If the viewer is already familiar with his work, then this film might feel redundant, and I’d recommend newcomers watch any of his actual films before this one. Even so, I Am Divine is a solid overview of this truly unique person’s life, and it’s helpfully educational, if nothing else.