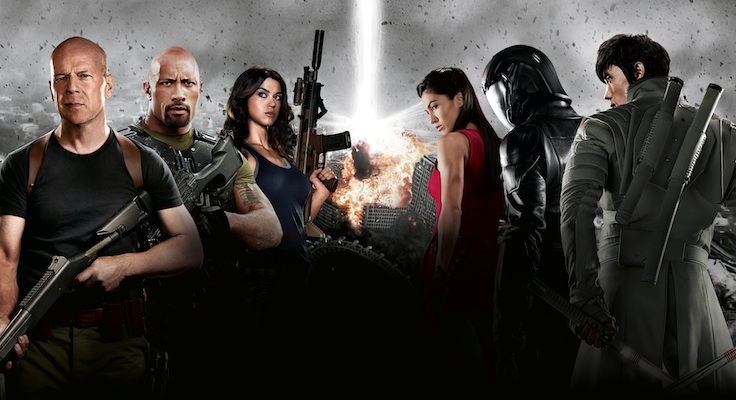 In retrospect, seeing a studio bumper for toy company Hasbro at the beginning of G.I. Joe: Retaliation should have been the first warning. A sequel to a terrible first entry in a series based on a line of action figures is not exactly a stamp guaranteeing quality. It could’ve been a silly, fun action film, but G.I. Joe: Retaliation shoots itself in the foot by being extremely silly even as it reaches for genuine pathos.

The plot: Something about an evil man who has taken over the presidency as an imposter, ordered all the G.I. Joes killed, and plans to destroy most of the world with some fancy new satellite weaponry. There is also a redemption plotline involving ninjas, but I’m not entirely sure why it exists in the film except to allow for an admittedly cool action sequence on the side of a mountain. 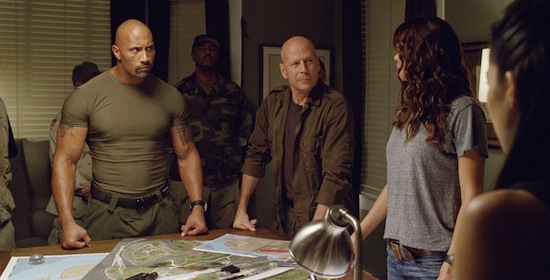 The attack on the Joes is the biggest sign of trouble on two levels. The first is that it’s handled with utmost seriousness. This is some horrific stuff we’re witnessing, but it happens in the middle of so much utter ridiculousness that it has no emotional impact whatsoever. Then there’s the fact that Channing Tatum’s character, Duke, is killed during this sequence. The one real spot of light in this awful venture is snuffed out in the first 20 minutes. A note to future filmmakers: more Tatum is better.

That’s not being entirely fair, though. The other actors, for the most part, are quite good. Dwayne Johnson is a great presence, as usual. Friday Night Lights’ Adrianne Palicki is suitably badass. Then there’s Jonathan Pryce, playing the imposter President. Pryce brings a devil-may-care spirit to the character that makes him quite fun to watch.

Unfortunately, even with these great actors bringing their A-game, the material they’re handed is so pitifully weak and so tonally baffling that even their performances do nothing to save the film. Take, for example, the scene in which Jonathan Pryce, as President, convenes the eight world nuclear powers to a summit to threaten them into nuclear disarmament. Pryce sells the lunacy of the situation perfectly, and the scene would be genuinely fun if not for the fact that Pryce goes on to destroy the entire city of London with the push of a button—a calamity flippantly ignored almost immediately after it happens. It’s all just too much to take. If it’s all in good fun, then it’s too disturbing to actually be fun. If it’s meant to be taken seriously, then it’s all far too dumb to be taken seriously at all. 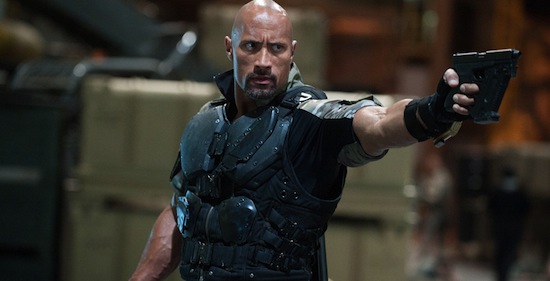 The action should be the saving grace of G.I. Joe: Retaliation, but aside from a few cool shots within sequences, the action is mostly dull. What’s left is a terrible film with a confusing plot, jarring tonal fluctuations, characters that engender no sympathy, and a strangely flippant attitude toward violence. And did I mention that Channing Tatum is only in the first 20 minutes? The biggest mistake of all.