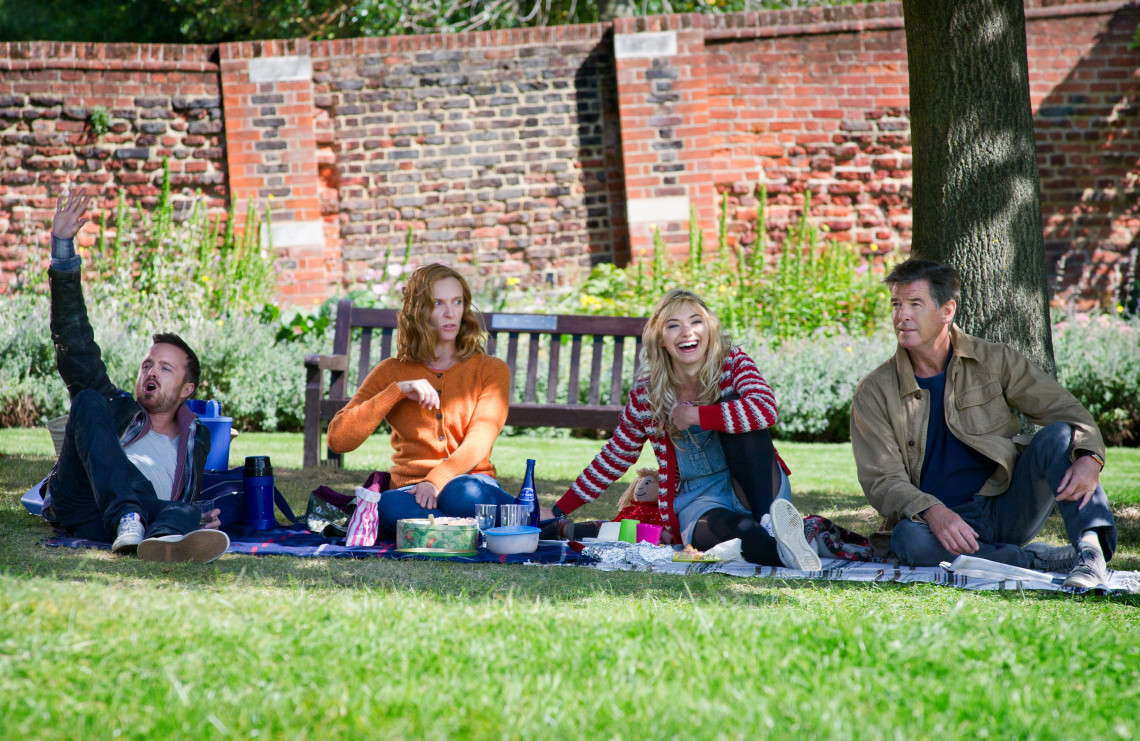 Fans of author Nick Hornby, famous for novels High Fidelity and About a Boy, have a new adaptation to look forward to. Hornby’s interesting take on suicide, A Long Way Down, has been in production for some time now; it was originally meant to be a 2013 release. There have been some issues with casting, as Emile Hirsch dropped out to be replaced by the more appropriate Aaron Paul.

Alongside Aaron Paul stars Pierce Brosnan, Toni Collette and Imogen Poots, as four people who meet atop a famous building on New Years Eve, all with the intention of jumping off. The trailer markets the film as a feel-good comedy, and while the source material is uplifting, hopefully the movie will capture the deeply dark and profound meditations on life that Hornby’s novel offered.