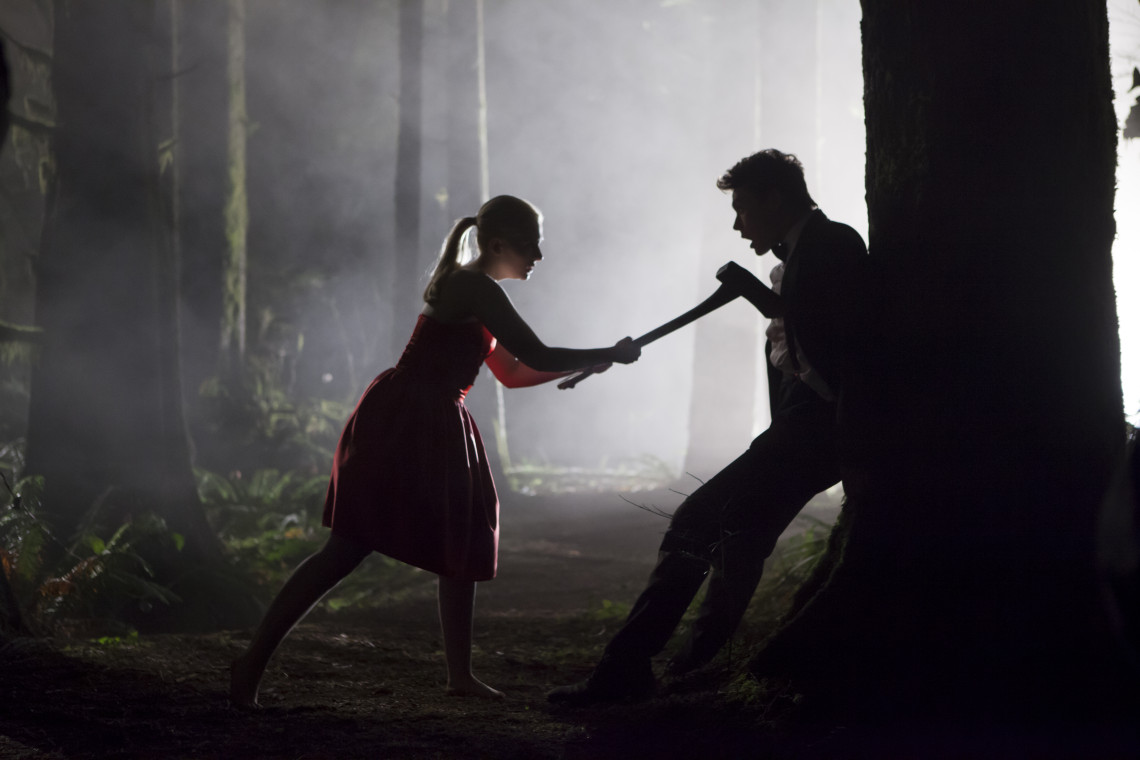 “Final Girl” Has A Crippling Lack of Imagination

Have you ever sat through a movie so ponderous and pointless that you felt the minutes ticking by as your patience slowly dwindled to zero? That’s more or less the experience of watching Tyler Shields’ immeasurably boring Final Girl, a film injudiciously stitched together out of so many retread genre tropes that they wind up leeching out anything resembling a plot. Shields is nodding to both the female revenge flick – pictures like The Bride Wore Black, I Spit On Your Grave, Thelma & Louise, and Lady Vengeance – and the titular slasher convention, though neither winds up having anything to do with the other. Shields has made a cheeseburger with the cheese sadly left on the side.

This, honestly, wouldn’t be a big deal if Shields knew what the hell to do with the rest of the plate. Final Girl is a disjointed mess; none of its parts click together satisfactorily, much less functionally. Ostensibly, the film is about an orphaned child named Veronica (Abigail Breslin) schooled from a young age by the mysterious William (Wes Bentley) in the fine art of efficiently murdering human beings. It’s a decade-and-change education in killing that culminates with her final test, where she must knock off a group of young, upper-crust boys who entertain themselves by hunting young, upper-crust girls through the woods like animals. That’s a fine starting point for a story, and if that’s all Final Girl aspired to be, it might have been a pleasantly grisly diversion.

But the “why” here is never really considered. Why, for example, the 1950s setting? Why does William pick Veronica? Why single out these (admittedly horrible) boys? The more we ask “why,” the more questions arise and the flimsier Final Girl becomes. There’s nothing wrong with ambiguity, but conflating ambiguity with absence of thought is poor form, and besides, Shields is ultimately just playing coy. William’s motivations shouldn’t matter, but there’s so little meat on Final Girl’s bones that they do, and the more our attentions start to drift away from the action, the more it’s evident that the emperor here doesn’t have any clothes. There is literally no reason for anything that happens on the screen to happen. Apart from being ambiguous, Final Girl is also staunchly ambivalent. “Kill this guy with an axe. Play truth or dare with a gang of giggling sadists. Only Wes Bentley gets a gun. Whatever. Yawn.”

Maybe Shields should have hewed closer to Final Girl’s celluloid ancestors. At least in those movies, the heroine has skin in the game; she’s given purpose and personal investment in the pursuit of retribution. Veronica doesn’t have that. Instead, she has a much older man doping her up with hallucinatory drugs as part of her training and teaching her how to properly apply a chokehold, which might be the least interesting way to kill a man on camera. (At least he’s gentlemanly enough to refuse her sexual advances, for whatever meager moral gain that’s worth.) Calling Final Girl a feminist victory would be farcical. Then again, calling it a cohesive narrative would be, too. Whatever minimal delights the film offers – Alexander Ludwig, as the boys’ leader, and Logan Huffman, as the loopiest of Ludwig’s cronies, are both a hoot – they don’t make up for its crippling lack of imagination.

2 thoughts on ““Final Girl” Has A Crippling Lack of Imagination”