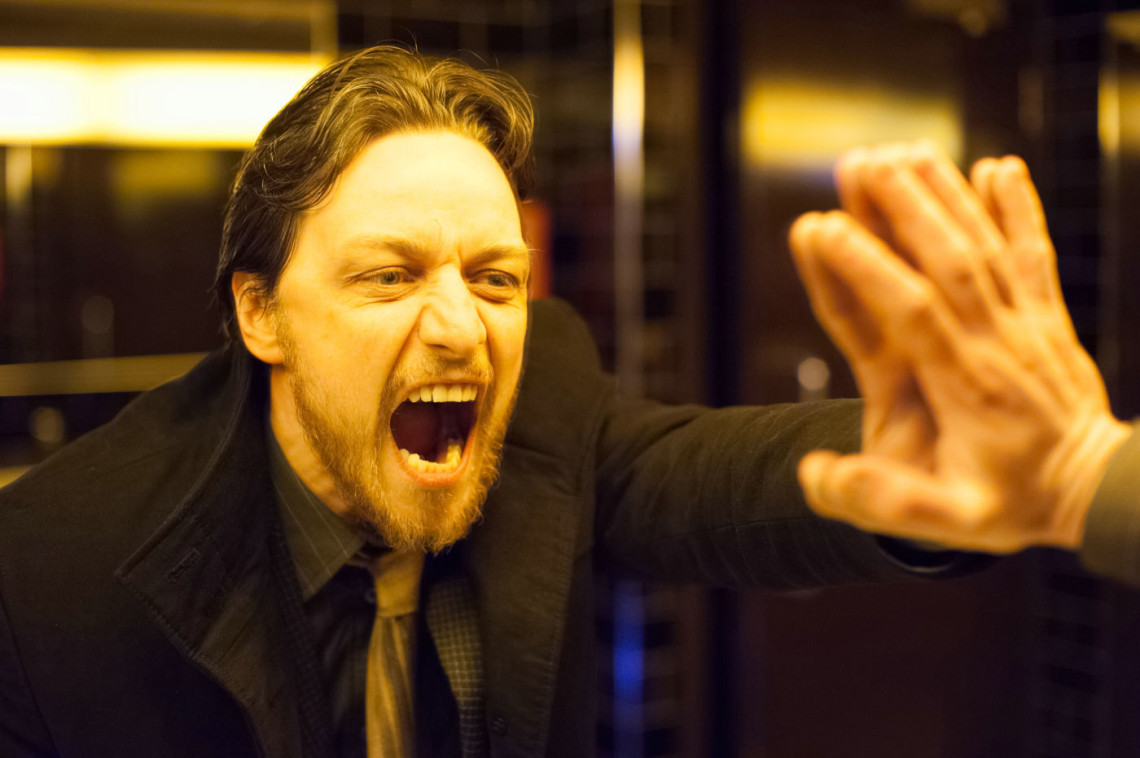 “Filth”: Has Plenty of It And Nothing Else

Telling a story entirely through the perspective of a film’s main character is a tricky proposition if that character is a drug-addled, hallucinating, misogynist wreck of a human being. Such filmmaking is tantamount to daring the audience to endure a high-tempo, stylistically overbearing exercise in full and leave the theatre with their sanity intact. “Enter the mind of this wretched man and exit exactly like him” seems to be what Filth, Jon S. Baird’s take on the Irvine Welsh novel of the same name, instructs us to do. This is an adaptation that doubles down on Welsh’s already raucous prose and delivers a film that slowly tightens its noose around the audience’s neck before finally kicking them off the chair.

Bruce Robertson (James McAvoy) is the center of the film’s universe, the man whose perspective we share. Filth takes two parallel but separate routes in defining this character –both ‘character’ and ‘defining’ used very loosely here: the first through his daily routines in the police force and the second through hallucinatory flashbacks. The former shows him to be a corrupt cop who obliterates anything that blocks his path to self-satisfaction and gaining a promotion. He forces himself on underage women, consumes more drugs than seems humanly possible, sleeps with his colleagues’ wives and plays brutal, life-changing pranks on his coworkers; the latter, the flashbacks, show him to be a guilt-ridden father whose broken marriage has left him without the wife and child he seemingly loves despite himself. It is also implied that a childhood incident which led to the death of his brother has caused irreversible trauma.

Filth begins with Bruce’s assignment to a case involving the murder of a Japanese student by a violent gang of Edinburgh youth, but it is immediately evident that his mission is not solving the mystery, but fulfilling as many self-destructive, hedonistic desires as possible. These digressions from the original case are repeated multiple times, and combined with Bruce’s hallucinations, are designed to emulate his state of mind. Instead, they serve to divest the plot of any coherence. Neither the gradual exposition of Bruce’s past, nor the unyielding persistence with which his misdemeanor is portrayed can make his character believable or relatable. 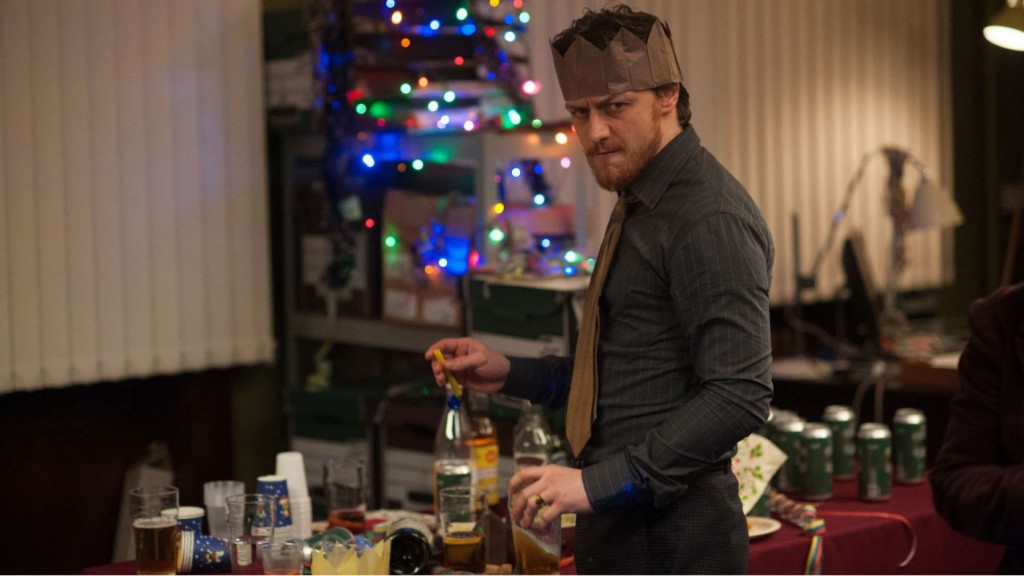 From the opening sequence to the nauseatingly hectic final act, Filth takes on a cooler-than-thou attitude that is uncannily similar like that of its obnoxious protagonist. This is relentlessly stylized storytelling that creates no emotional investment in the character. The language of the film gradually becomes indistinguishable from the language of its protagonist, but this formal approach does little to immerse the audience in this wacky version of Edinburgh. Instead, the hodgepodge of genre elements, loose narrative threads and ungainly tonal shifts keep the audience at a distance, a point from which everything appears increasingly bizarre and meaningless.

The story of the murder becomes a plot device that is carelessly tossed off midway, enabling the fate of Bruce’s promotion without adding any element of dramatic suspense, and thus robbing the film of any sense of noir intrigue. The introduction of a woman whose dying husband Bruce tries to help in vain telegraphs an emotional subplot that is transparently designed to lend a humanizing dimension to Bruce’s character, but this development comes too late and too little both because of its predictability and its incongruity with the film’s overwhelmingly crude tone. Worse yet are the tediously repetitive hallucination sequences, hovering somewhere between character-defining visualizations of guilt and comic relief; disappointingly, they fail at serving either purpose.

If there is a silver lining saving Filth from hitting rock bottom with the severity that Bruce does, it’s the performances of Eddie Marsan, typically strong as Bruce’s meek best friend – a role that seems designed for his physique and subtly powerful acting style – and Imogen Poots as an up and coming member of the police force – a thankless role in which she injects as much humanity as possible. The screenplay tries very hard to undermine her character, though not quite as hard as it tries to needlessly force its other major female characters out of their clothes.

One thought on ““Filth”: Has Plenty of It And Nothing Else”