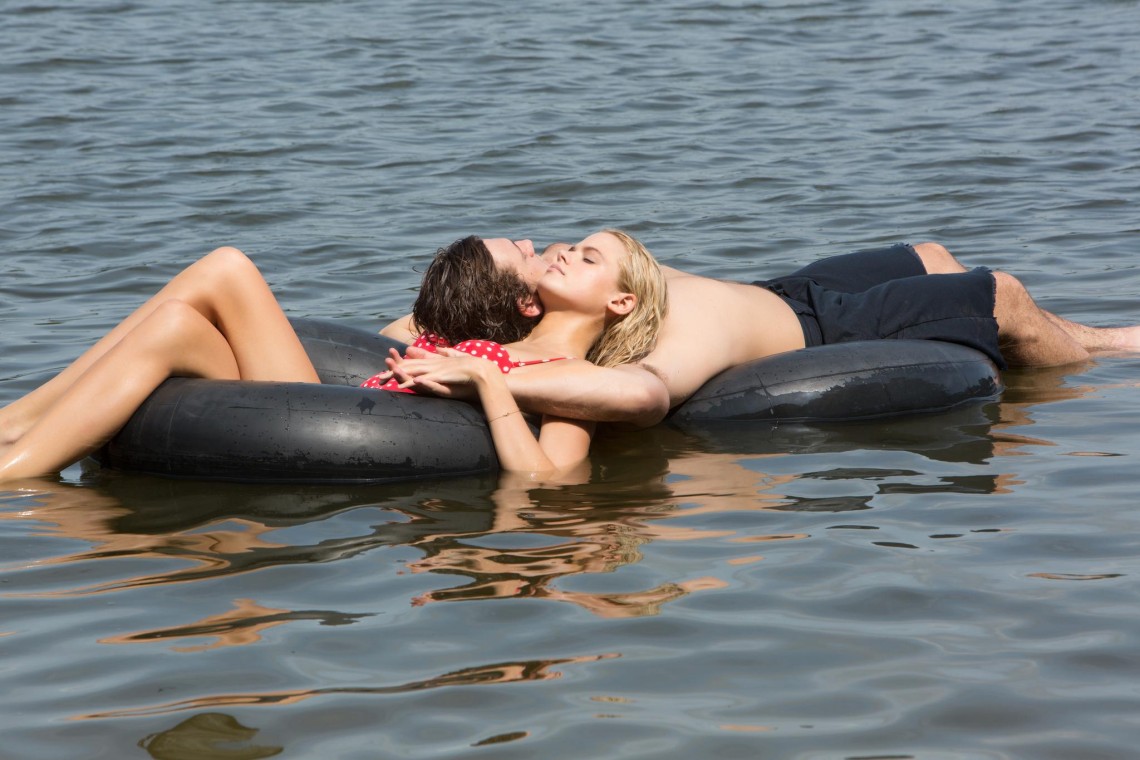 ‘Endless Love’ is an Interminable Mess

When I was 11 years old, I snuck into Brooke Shields’ R-rated 1981 feature, Endless Love. The commercials advertised a dirty movie. What I got was so boring and strained that, to save my afternoon, I snuck into another theater to see the gory werewolf movie, Wolfen. If only I’d  had the same opportunity to sneak out of 2014’s Endless Love. Truth be told, the Wolfen could have dragged me from the theater and chewed on me for 102 minutes, and it would have been time better spent.

After enduring this remake, I must apologize to Franco Zeffirelli and Ms. Shields. With its freaky bohemian mother watching her daughter having sex, the attempted cougar seduction, the statutory rape and the Tom Cruise-suggested arson, the 1981 movie at least had some bite. Shana Feste’s PG-13 rated remake is toothless. It ups the age of the girl, makes the boy heroic and turns the father into a mustache twirling villain whose every threat is more hilarious than scary. In fact, so little of Endless Love’s original plot remains that I wonder why the hell this film even bears the name. This should have been called “Rejected Pilot From The CW”.

Gabriella Wilde plays Jade Butterfield, a rich girl who hasn’t made any friends in all four years of high school. David (Alex Pettyfer) has admired her from afar for three years, but has never said anything to her. “She’s not real,” says Mace (Dayo Okeniyi), David’s token Black friend. Neither is this setup; David’s teenaged dick would have forced him to say hello to Jade years earlier, and despite her Jan Brady hairdo, Jade is pretty enough to be part of a mean girls clique called the Butterfield Eight. Also, Jade’s very popular brother died of cancer, and he has a plaque mounted on the school.  How could this girl NOT be popular, or at the very least have ONE friend?

As the film’s only minority in a major role, Mace is an insult. His sole purpose is to coerce David into doing illegal things like breaking into zoos and stealing cars. The car “borrowing” is how David finally gets to talk to Jade. “Get into the car, Jade!” yells Mace. Their shenanigans get David and Mace fired from their valet job, and offers Jade’s Dad Hugh (Bruce Greenwood) his first chance to dislike David intensely. Jade’s scheduled to go to medical school, and any criminal blemish on her record would doom her career.

David is one of those sensitive guys with a criminal past. He’ll probably grow up to be Josh Brolin’s character in Labor Day. In the meantime, he works in a garage with his dad Harry (Robert Patrick). Hugh objects to David for a  variety of reasons: He’s too poor, he’s probably going to screw Jade so well she decides to give up her medical school internship, he has no plans for college, his family is trash, etc. Of course, Jade falls for David, and gives up her internship, which sends Hugh into spasms of rage. I felt Hugh’s pain; these lovebirds have absolutely no chemistry whatsoever, and watching their gauzy love montages gave me a headache.

Hugh’s wife, Anne (Joely Richardson) sees how much David and Jade are infatuated with each other, and it inspires her to try to rekindle her sexual relationship with Hugh. Hugh has other reasons to avoid Anne’s advances, and when David finds out what they are, Greenwood and Pettyfer are forced to play a ridiculous “threatening” scene on a rowboat in the middle of a lake. “I don’t know what you saw,” growls Hugh, “but you better unsee it!”

“Drown him! Drown David!” my brain kept yelling at the screen. Alas, this is not that kind of movie.

Endless Love has no dramatic tension, no danger. The movie hinges on whether Jade will throw away her future for her first love, a love as dull as an unsharpened Number 2 pencil. Who cares? When Mace practically drags David to a zoo break-in so that they can smoke weed and drink, Jade goes along. Rather than be incognito, these jackasses bother the animals and even turn on the goddamn Merry-Go-Round. Did these people expect the cops to think the zoo animals were riding the rides after-hours?

As if there weren’t enough preposterous developments, Endless Love also has a subplot featuring David’s jealous ex-girlfriend, with whom Mace keeps trying to force David to reconcile. There’s also a batshit car accident and a fire, holdovers from the 1981 movie, though both are repurposed for maximum disbelief here.

Greenwood tries to inject some venom into the proceedings, but he overacts to the point of distraction. We’re supposed to believe he’s lashing out because of the death of his son, but we never even see the son in question. He’s not committed because Endless Love’s screenplay is too afraid to let him keep his villainy. I won’t spoil it, but his last reel act of heroism must be seen to be believed.

Richardson fares no better. Anne seems poised to try to jump David’s bones—even Hugh thinks she will—but the MPAA rating won’t allow that. As a result, her performance seems off-kilter, as if there were a last-minute rewrite to her character arc.

I try to find something to like in every movie, no matter how bad. I’m stumped here. This is a misguided attempt to turn much darker, adult material into pre-adolescent fare, and for that, I hated every frame of this movie. It doesn’t even have a crappy remake of the 1981 classic theme song by Lionel Richie and Diana Ross (I was hoping the film would bust out a Taylor Swift-Macklemore version). Instead, we get really bad pop music on the soundtrack, including a song about peaches. Considering how bad this film and Labor Day are, I strongly suggest that the peach industry fire their PR department.

It’s too early for me to call this the worst movie of 2014, but it’s certainly the worst thus far. Endless Love is an interminable mess.