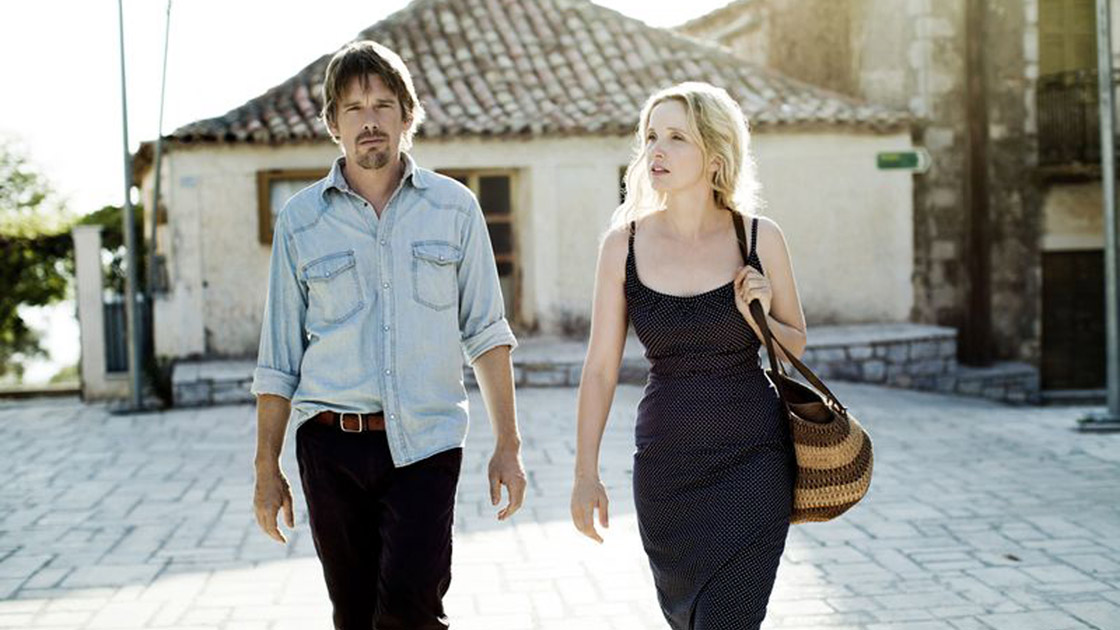 No small talk to include in today’s wrap-up post. Enjoy the writing.

In a World (Dir. Lake Bell) 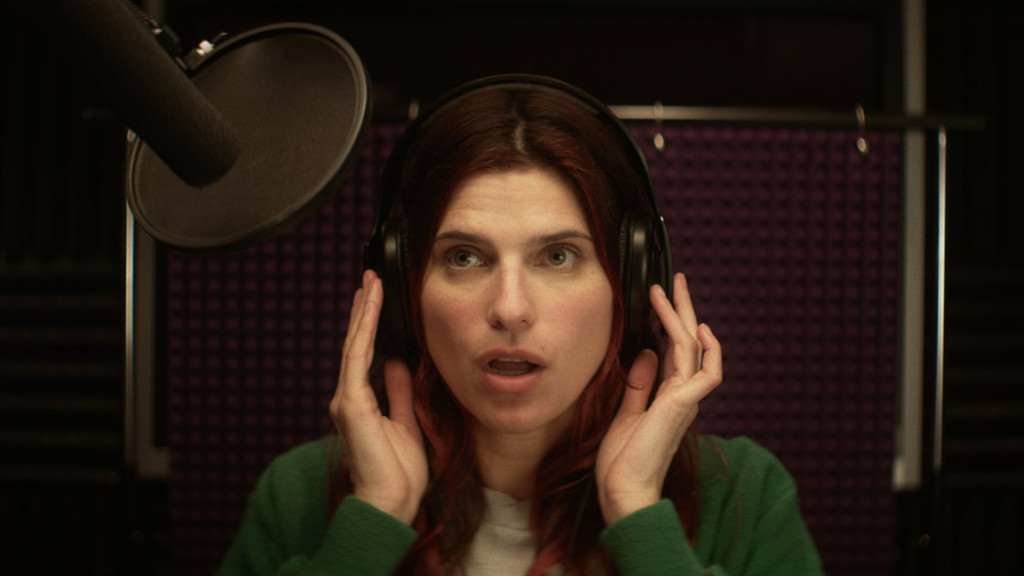 (Grade: B) — Lake Bell’s charming In A World may be the first film to explore the occupation of voice-over artists (otherwise known as the folks with soothing and booming voices narrating trailers and commercials). Living in the shadow of her self-absorbed father Sam Sotto (Fred Melamed), the king of movie-trailer voice-overs, Carol Solomon (Bell) is a hardworking vocal coach with a hidden desire to make it as a big-time vocal actress. Her lucky break, in a profession that is consistently partisan to male voices, comes after she lands a small job. With the assistance of Louis (Demetri Martin) the sound engineer that small gig rapidly escalates into a evolving career.

Bell’s directorial debut, which she also wrote, tackles gender stereotypes head-on with her feminist leading character. But In a World isn’t designed to be didactic or preachy. Most of the comedy is exponentially improved by a uniformly funny cast filled with comedians: chiefly Rob Corddry, Michaela Watkins, and Ken Marino (all of whom play a significant role in Carol’s life, from her sister to a competitive colleague).

The naturally paced romance that forms between Carol and Louis is just one example of Bell’s debut exhibiting originality in the face of Hollywood consumerism (which you could argue is something the film satirizes). Equally endearing and lighthearted, In a World may end up being a game-changer for Lake Bell — which highlights not only her flare for the hilarious, but her creativity behind the helm. 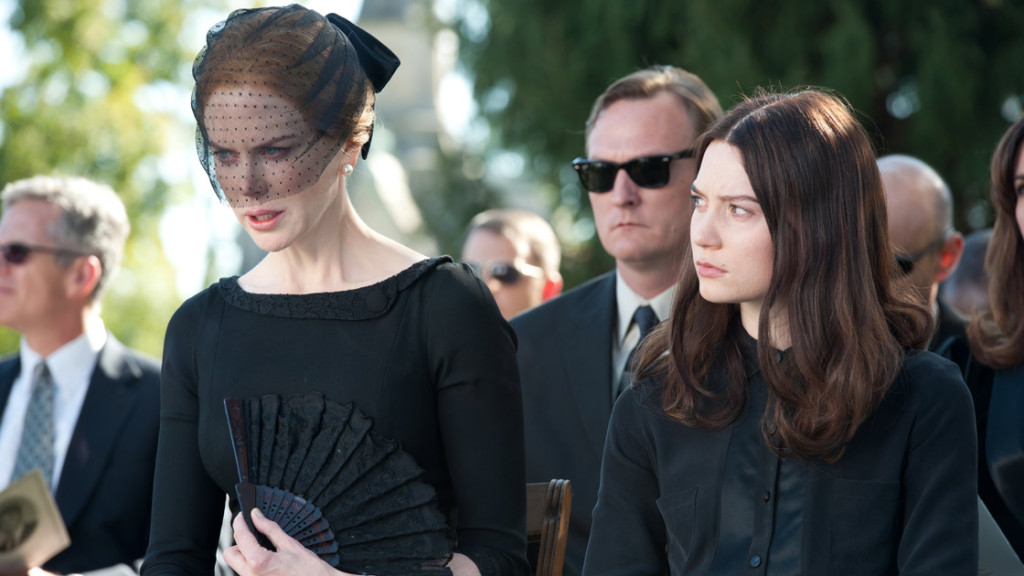 (Grade: C) — Park Chan-wook’s first crossover into American cinema is logic-bending madness. This should come to no surprise considering the Park’s bizarre filmography (Oldboy and Lady Vengeance). But the setup of Stoker, in which India’s father dies and then her conspicuous Uncle Charlie (Matthew Goode), whom she never knew existed, moves into the house, is deceivingly conventional and straightforward. What is to come, though, is anything but.

Charlie is slowly revealed as the murderous madman he is, sexually attracted to both India (Mia Wasikowska) and her mother Evelyn (Nicole Kidman). Somehow, someway, Goode manages to pull off a performance that is charming and devilish at once. India and Evelyn given into the allure of Charlie – causing brutal bloody family conflict. The joys of incest.

The hyper-stylized, rapturous construction of Stoker makes for some fast and wacky entertainment. Underneath the surface, the film seems to be lacking the narrative depth of Oldboy (a flawed film for sure, but at least one with a compelling story). Written by Wentworth Miller and Erin Cressida Wilson, the asinine screenplay of Stoker does not contain one iota of intelligence. Aside from Park’s impressive aesthetic, the film ultimately doesn’t amount to much. Longtime Park enthusiasts are bound to be delighted; everyone else, baffled. 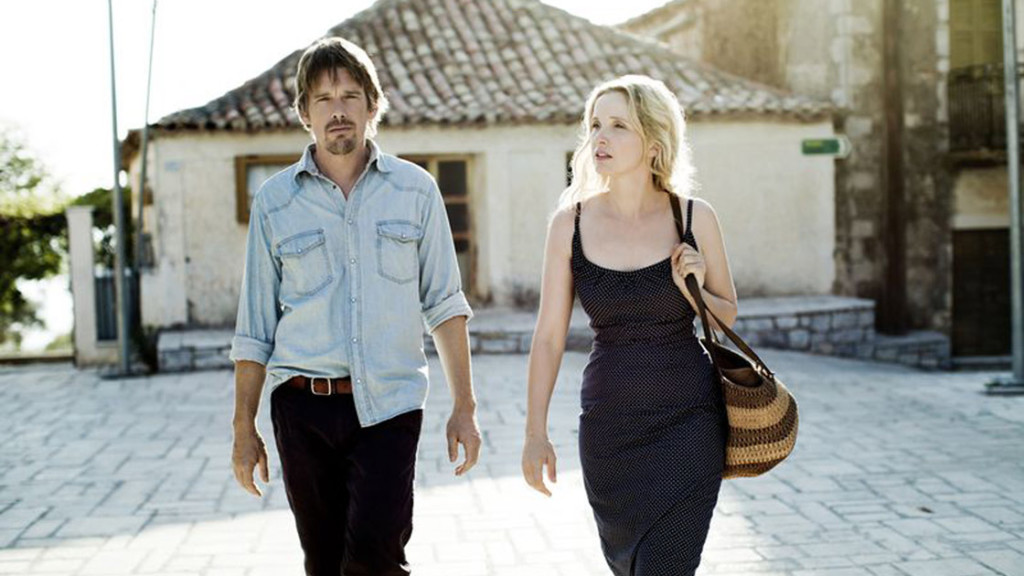 (Grade: A) — A preface: before I drown in my own adulation for Before Midnight, I’ll just mention that a full-length review of Linklater’s latest film is on its way.

Eighteen years have passed since Jesse (Ethan Hawke) and Celine (Julie Delpy) first met on a train to Paris. If Before Sunrise was the beginning of this true love, then Before Midnight may very well be the end.

With this third (and perhaps final) chapter in the “Before” series, Richard Linklater artfully creates the trajectory of falling in love, out of love, and then back in love again. The romance between Celine and Jesse in Before Midnight, set in a in Greece on the last night of their family vacation (they now have two children), is painful, joyful, and every emotion in-between.

Once again infusing existential crises, philosophical discourse, and love at its purest form into an air of authenticity, Linklater has designed a modern masterpiece (a word I seldom use, but is earned in this case). Before Midnight may very well go onto be this generation’s Annie Hall.

Tomorrow’s coverage will include capsule reviews of The East, Prince Avalanche, and Upstream Color.