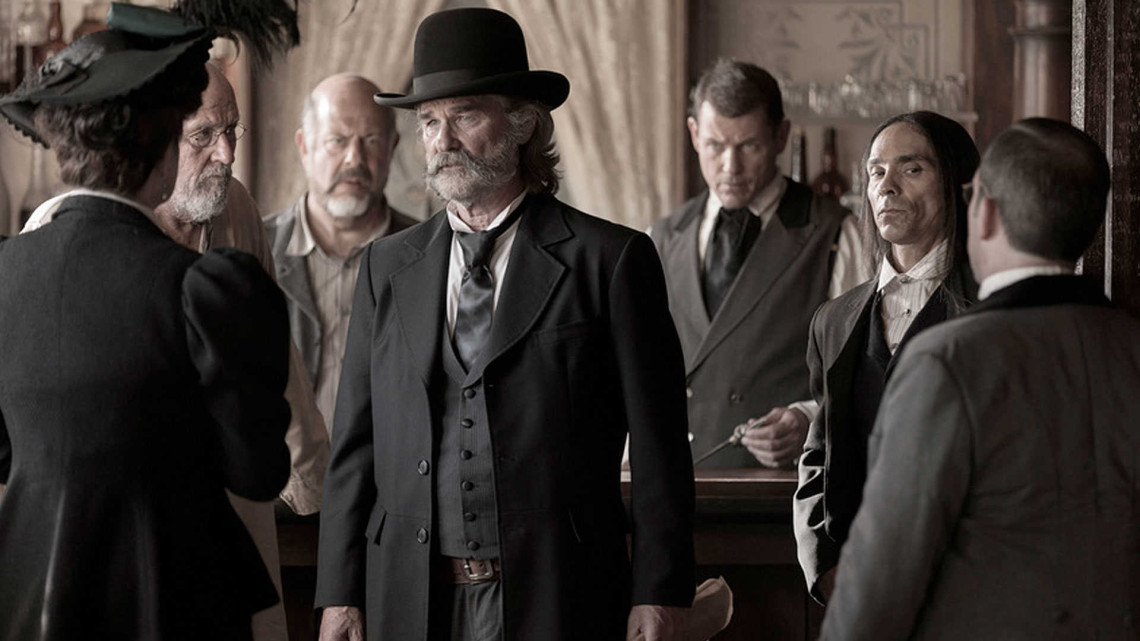 I’m not sure if the disparate genre elements in Bone Tomahawk all hang together quite as well as they should, but one thing for certain is that first-time writer-director S. Craig Zahler isn’t fooling around. A sci-fi horror cannibal exploitation picture by way of John Ford, it’s a deliberately paced, determinedly old-fashioned Western that occasionally morphs into a splatter movie. This probably shouldn’t work — or at the very least, it should feel like a smart-alecky film geek exercise – but Zahler takes his characters extremely seriously, presenting their plight with elegant restraint and fiercely committed lead performances that prove unexpectedly moving. He also takes his time.

The movie doesn’t start out in any hurry, drawing us into the tiny frontier town of Bright Hope and sketching out some complicated character dynamics with understated elan. You’ll get a strong sense of how this community works with some pungent dialogue and more than a whiff of “Deadwood,” before it’s all abruptly torn apart by the abduction of a local lass (Lili Simmons) and a young deputy (Evan Jonigkeit). Given the time and the place, of course Indians are suspected at first, but it turns out they’ve been taken by what folks in the movie call “Troglodytes” – a cave-dwelling tribe of “inbred animals that rape and eat their own mothers.”

Ever stalwart Kurt Russell is at his ramrod-straightest as Bright Hope’s Sheriff Franklin Hunt, starting up a posse that includes the delightful Richard Jenkins as Chickory, a “backup deputy” who’s too old for this kinda thing and too stubborn to be convinced otherwise. Also along for the ride are Matthew Fox’s John Brooder, a dandyish racist with an itchy trigger-finger, and Patrick Wilson’s Arthur O’Dwyer, husband of the kidnapped woman who really should be at home tending to his broken leg but don’t try telling him that.

For a hefty chunk of the (rather exorbitant) 138-minute running time, Bone Tomahawk ditches the outre elements altogether and plays as just a straight Western about four men on a mission grating upon each other’s last nerve. The movie never lets us forget that way back then, even when you were in a hurry, it took an awfully long time to get anywhere. This is a talky film, but the dialogue reveals unexpected sides of people’s personalities. Zahler really cares about these characters, who all start off as walking Western stereotypes and deepen into real people as this journey wears on.

Of course this is the kind of thing Russell can do in his sleep, and one of the reasons I really wish they made more Westerns these days just because of how easily he commands the saddle. (Dude looks so at home on the range.) The surprise treat for me was Jenkins, who takes the Walter Brennan role here and begins the movie as a ridiculed old coot, yet over time emerges as the gentle heart of the picture. Fox is a mite mannered but the performance grows on you, and Wilson’s a bit of a drag until all of the sudden you’re surprised how much you’re rooting for him.

So by the time we meet those “Troglodytes” in their cave –where the powdered-white seven-foot monsters are gnawing on human femurs like drumsticks–  there’s a genuine emotional investment that I can’t recall feeling too often in pictures where people get bisected and served for dinner. Bone Tomahawk is astonishingly gruesome, with the film’s final third full of things I’m pretty sure I never needed to see. But for all the gore, character development is the most affecting effect.