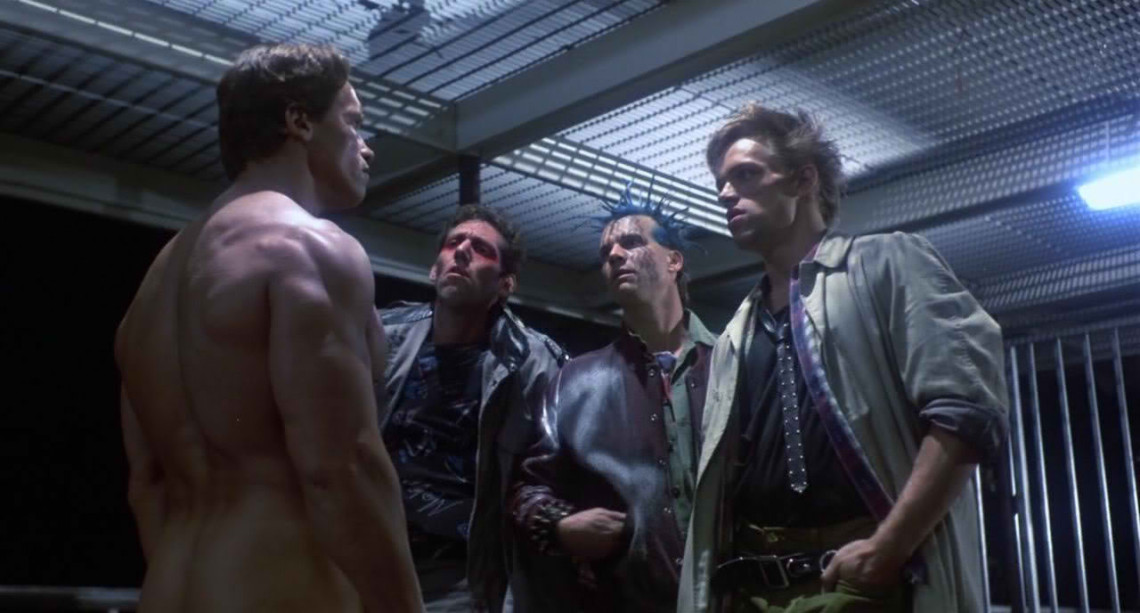 James Cameron’s apprenticeship as a special effects artist for Roger Corman’s production company served him well on 1984’s The Terminator, Cameron’s second feature but the first to truly be his project from start to finish. Compared to later, more epic efforts from the director, The Terminator is as direct and purposeful as the killing machine that gives the film its title. Even Cameron’s penchant for hokey, over-explanatory dialogue comes secondary here to lean, muscular direction that communicates primarily through action.

For this writer, the manner with which Cameron establishes the story, clarifying character through their respective behavior while leaving how they all relate a mystery, constitutes a greater display of fundamental filmmaking skill than any of the eye-popping sights of Avatar. He shows Arnold Schwarzenegger’s terminator wreaking havoc immediately, while Kyle Reese (Michael Biehn) enters the film via a sequence so delicate and well-timed that the mere acquisition of some pants and a shirt while ducking cops feels like an action scene in its own right. Then, there’s Sarah Connor (Linda Hamilton), introduced with a shot so light and carefree that even Brad Fiedel’s ominous electronic score must switch to acoustic piano to compensate for the leap.

The story, of course, is legion: Sent from the future to prevent the birth of the human that will lead a resistance against a robot takeover of the planet, the terminator hunts for Sarah while Reese comes back in time to protect her. Shootouts and dubiously plausible romance ensue, all of it deliberately pared down to stay within its modest budget while still maximizing such great effects as Stan Winston’s prosthetic work for the endoskeleton under Arnold’s false veneer of flesh. With no slush in the budget to allow for any waste, such effects always serve the story, never there simply to showcase their impressive craftsmanship.

Where the sequel expanded the action to gargantuan proportions, the original Terminator works best for the sense of vastness it conjures through tight control and focused, subjective direction. A tear through a police station jumps on the blast of a shotgun, making the carnage both explicit and yet, in some ways, less outwardly gory than T2’s self-imposed no-killing rule. A lack of concern for collateral damage describes a number of Arnold’s movies, but rarely has that total dispassion for bystander casualties been made such an integral part of an action narrative. Seeing him casually mow down a line of people fleeing a club just to get to Sarah, or walking like a juggernaut through a police station, indulges action-movie carnage while providing a rare, genuine disgust and fright with that devastation. It remains Cameron’s best film, and one of the better American genre pictures of the ’80s. 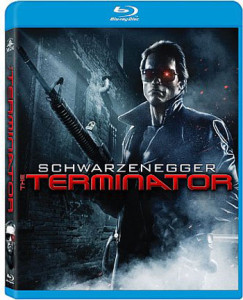 Both of Cameron’s Terminator films fared poorly on Blu-Ray on initial releases. MGM’s first Terminator Blu-Ray sourced a scratchy print and barely improved upon existing DVD transfers. Happily, MGM’s new remaster rectifies all of this. Vastly stronger black levels are a god-send for a film that takes place mostly at night. Grain has been cleaned up while still being preserved to maximize image depth, making for a sharply detailed picture. I’ve been watching this film since I was a pre-teen, and I’ve never seen it look so good.

The sound, though, is a different story. The original soundtrack is, even by Cameron’s own statements, mediocre, all attention placed on the visual component of the film at the expense of an expressive sound mixing or editing. Like the previous Blu-Ray, MGM’s remaster features only the surround sound track remixed from the original mono, labeit now in DTS HD-MA 5.1 instead of PCM. The remix effectively puts lipstick on a pig, although it does help bring out the low-end of Fiedel’s score to the fullest. The mono track remains absent, though given the flat dialogue recording and wonky sound effects (handguns in this film sound utterly ridiculous), total satisfaction with The Terminator’s audio side is likely impossible.

Slim pickings, indeed. MGM’s own DVD releases of the film contained more supplemental material than the disposable EPK slop offered here. Creating The Terminator: Visual Effects & Music and The Terminator: A Retrospective are fluffy featurettes that offer hardly any insight into the movie and are presented in standard-def (the retrospective piece alone looks as if someone just recorded it off their TV on a VHS). As for the included deleted scenes, well, I’m glad for once they are just an added feature for a Cameron home video release instead of the basis for a new, typically inferior “special edition” cut.

The still-missing mono track and inexplicably withheld supplements MGM already released long ago suggest this is not the final word on The Terminator’s home video releases; in fact, don’t be surprised if you see Cameron flogging a 30th Anniversary Edition next year with such bonuses at last included. Nevertheless, MGM’s remaster has more than justified a double- (or triple-, or quadruple-) dip for this excellent film, at last offering an ideal picture. The leap in picture quality from the previous Blu-Ray release brings to mind the similarly revelatory remaster given to the updated Total Recall Blu-Ray. Perhaps this means all the best Arnold films have to suffer from lackluster initial releases before getting a truly great home video transfer. Fingers crossed, then, that someone finally comes through with a better T2 Blu-Ray and, more importantly, an acceptable Blu-Ray of his best film, John McTiernan’s Predator. Until then, this disc should provide plenty of rewatch value.