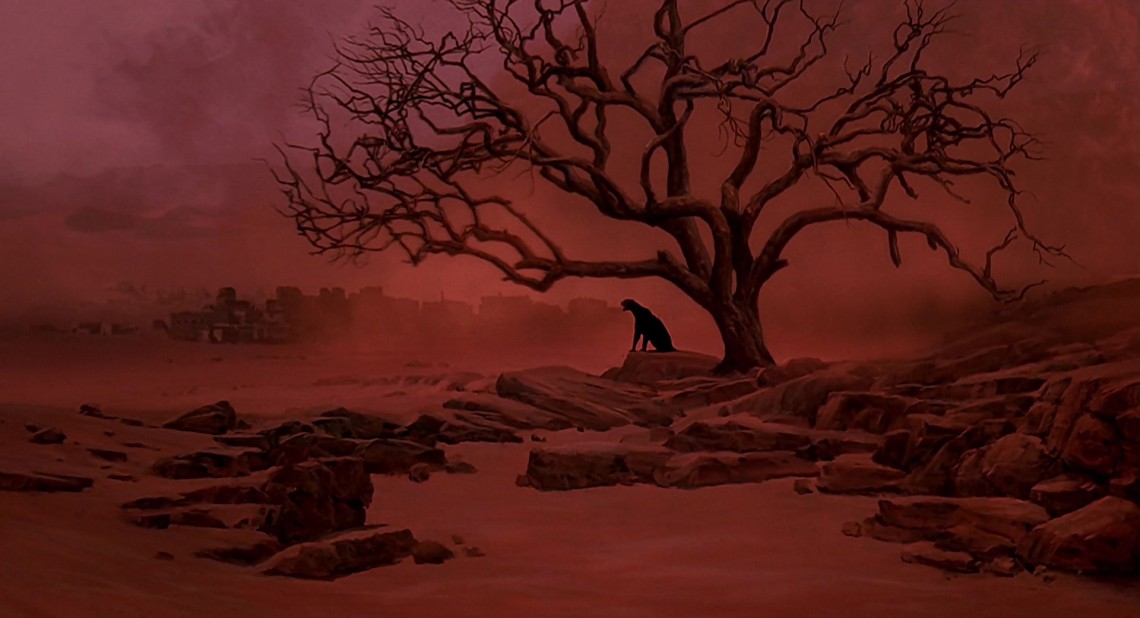 The original Cat People, produced by the great horror impresario Val Lewton and directed to chilled perfection by Jacques Tourneur, is a masterpiece of atmosphere, a film that masks its monster, and the erotic undercurrents thereof, under literal and metaphorical shadow, its cloaked aesthetic a fitting reflection of its theme of repression. Paul Schrader’s update, coming 40 years after its predecessor, inverts Tourneur’s dynamic: it arrived in a far more sexually open society, while its cursed characters remain afraid of sex. Where the werecat transformations of the elder film seem a mystical imposition of restrictive social acceptability on a primal urge, those of Schrader’s movie are self-imposed. The monster in Lewton’s original production was giving in to an urge; the monster here is to deny it until it explodes.

The ‘82 Cat People boasts two werecats where Tourneur’s had one. There’s the virginal Irena (Natassja Kinski), and her long-lost brother Paul (Malcolm McDowell), a religious fanatic. Where Irena does not know that sex will turn her into a panther because she’s never had it, Paul simultaneously indulges his urges and assuages his guilt by sleeping with, then mauling, prostitutes. That werecats must kill to return to human form programs guilt into this supernatural curse, but Paul’s choice of prey allows him a sanctimonious self-justification. A further wrinkle of their increasingly specific condition, that only sex with another werecat can prevent transformation, adds an insulating, incestuous element that creates an element in shame for those afflicted where there should be none.

As a reminder of the ongoing existence of hangups and preoccupations in a post-sexual-liberation society, Schrader’s film finds contemporary relevance, even more so as its sexual anxiety presages the coming AIDS panic. But Schrader inadequately updates the style, upping the skin and gore to play to genre expectations in the early ‘80s and throwing in some ornate camera movements but otherwise trying to ape the effect of Tourneur’s magisterially glacial pacing, the way his sharply defined mise-en-scène seems forever on the verge of slipping into ephemera. Tourneur’s approach worked because so much is left unsaid and unseen, but DeWitt Bodeen and Alan Ormsby’s script spells everything out with haste, which removes the unknown variables that lent the original its unbearable tension.

The result is a film with staggered scenes of madcap exposition and/or titillation padded out with empty slack. After a while, even the setpieces lose their luster, a problem nowhere more apparent than in Schrader’s restaging of the original’s finest moment: Irena’s stalking of a sexual rival at a swimming pool. Because Schrader has already shown, not suggested, all over the film, trying suddenly to mimic the most suggestive sequence of Tourneur’s movie leads to a farce, in which Irena’s rival (Annette O’Toole), leaps into the pool topless, bright lighting prevents any square foot of the space from being ambiguous, and Irena comes trotting out within seconds to dispel the moment.

The only constant of the film is Kinski, whose pouting lips and the sharp cheekbones and jawline she inherited from her father lend equal credence to doe-eyed innocence and, as she grows more accustomed to her true nature, sultry confidence. Amazingly, she even manages to generate some chemistry with John Heard, more than a decade her senior and looking even one year after his breakout film performance in Cutter’s Way like the stereotypical dad character. It’s unfair to compare Kinski to her infamous, mercurial father, but her own genealogy, and the intensity she seems to have picked up from her dad (without having to resort to his outbursts), fits a story of psychotic animalism passed down through generations. 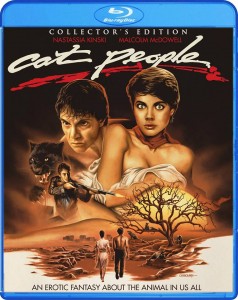 Shout! Factory’s Scream subsidiary continues in its quest to bring to light all manner of period schlock, and this Blu-Ray’s A/V package is as impressive as their usual standard. John Bailey’s hothouse cinematography, with its steamed pastels and occasional color filtering, looks sharp, sometimes overly so, with edge enhancement applied too earnestly in spots to give the impression that the backgrounds are exceptionally natural rear projections. That is only an occasional hiccup, however, in otherwise solid video quality, and the lossless audio (available in either the original stereo or a 5.1 surround track) is similarly strong.

Extras are somewhat light for so high-profile a get for the label, at least compared to their thorough editions of John Carpenter’s films. Nonetheless, a batch of new interviews with cast and crew offer pleasing, if brief and light, catch-ups with those involved, and a trailer and still gallery complete the modest offerings. Overall, fans of Paul Schrader’s remake would do well to upgrade to this new edition, but those who remain unconvinced of its virtues will not find anything here to change their minds.