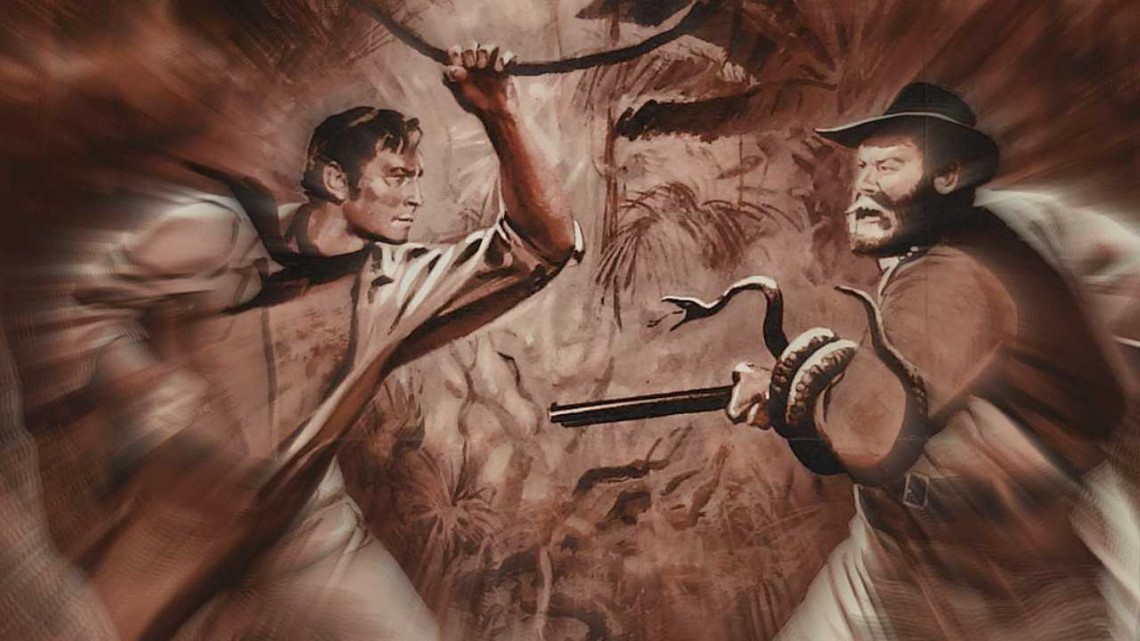 Wind Across the Everglades opens with a train of progress barreling toward the southeastern tip of the United States, to the blossoming city of Miami. Yet the blend of hissing steam engines and screaming birds on the soundtrack announces, along with the narrator, that the coming of civilization to the swamp is not predicated on modernity but on the barbaric practice of plume hunting. This regressive economic cornerstone casts the Victorian dresses of the women and the officiousness of the local businessmen as a veneer for their baser selves, a mask ripped off when nature studies professor Murdock (Christopher Plummer) arrives in town and a mob instantly forms against his conservationist attitude.

From that moment, the town plays a small part in the film, which swiftly moves out to the Everglades as Murdock gets pressed into service as a game warden tasked by the city’s few Audubon Society members with enforcing the anti-poaching laws. But if Miami is only rarely seen again, it nonetheless informs how Murdock navigates nature and, more importantly, how Nicholas Ray films it. Whenever the action returns to Miami, Ray films Murdock from voyeuristic positions, peeking through windows and slats as hunters, local barons, and just the downright curious peek in on the man making himself an obvious target. Out in the wild, the camera inverts this relationship, typically placing Murdock in the foreground as he rows upriver while using the thick brambles of gnarled trees in the distance to suggest obscured vantage points where poachers can monitor him.

Murdock soon runs afoul of the leader of the hunters, Cottonmouth (Burl Ives), a Colonel Kurtz-esque figure who manages to be portly and soft while looking utterly hardened by life in the wilderness. As these things always go, an instant contrast forms between the two men. Murdock speaks of nature with Thoreau-esque reverence, but the suit he wears on the train down to Florida looks more rugged and worn than the new, neatly pressed outfit he selects to wear out in the swamp. Meanwhile, Cottonmouth and his crew wear clothes that appear to be more dirt than cloth, and where Murdock sticks out like a sore thumb from the untamed land around him, they embody their surroundings in all its filth and savagery. B-roll footage of gators skimming just under the surface of the river, rising to brutally tear apart the birds that are elsewhere shown dying no more gruesome a death from shotgun blasts.

The constant threat of violence hangs over Murdock and Cottonmouth’s interactions, yet the climax of their war comes in the form of a drinking contest in which the two start to hash out their positions. The professor wishes to preserve nature, but so too, in his own way, does the hunter, who honors the violent spirit of the world by living in a hovel with men who know only blood and territorial pissing. This material has a ferocity perfectly suited to Ray, but it’s unclear how heavy a hand he had in developing these themes. Ray was notoriously fired from the shoot, with writer/producer Budd Schulberg tapped to complete the movie and help assemble a cut, but it’s hard not to see at least what drew the director to the project, even if he didn’t get to fully shape it. The film concludes with Murdock intoxicated by the perverse logic of his foe and Cottonmouth’s connection to the harsh, neutral brutality of the swamp reaching its inevitable conclusion. In its own way, this tragic collapse, of greed and environment corrupting and consuming those who presume to have dominion over it, fits within Ray’s domestic melodramas, in which characters similarly thought they understood the natural order of their society and suffered terribly for it.

Later Ray films tend to exist as scratchy, neglected artifacts, so Warner Archive’s attempts at remastering are greatly appreciated. The naturally lit footage of wildlife and vegetation in the Florida swamps still shows extensive wear and tear, but this is a massive improvement over prior rips from deteriorated sources. Flesh tones are richly bronzed, the natural chromatism of the everglades looks lush and dangerous, and the many establishing shots of Murdock listlessly boating through water now show off all their beauty and foreboding. The soundtrack is equally well-cleaned, losing the hiss and pops that once riddled the movie and offering quiet but issue-free mono that is likely as good as this movie could ever sound.

The disc comes with a theatrical trailer.

For all its compromises, Wind Across the Everglades stands as one of Nicholas Ray’s last great films, a tense metaphysical drama that specializes in making the massive wilderness of untamed Florida swamps seem claustrophobic and asphyxiating. 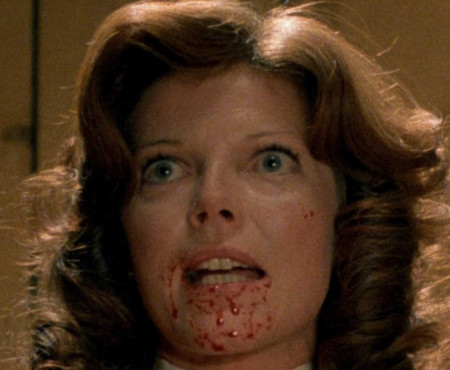