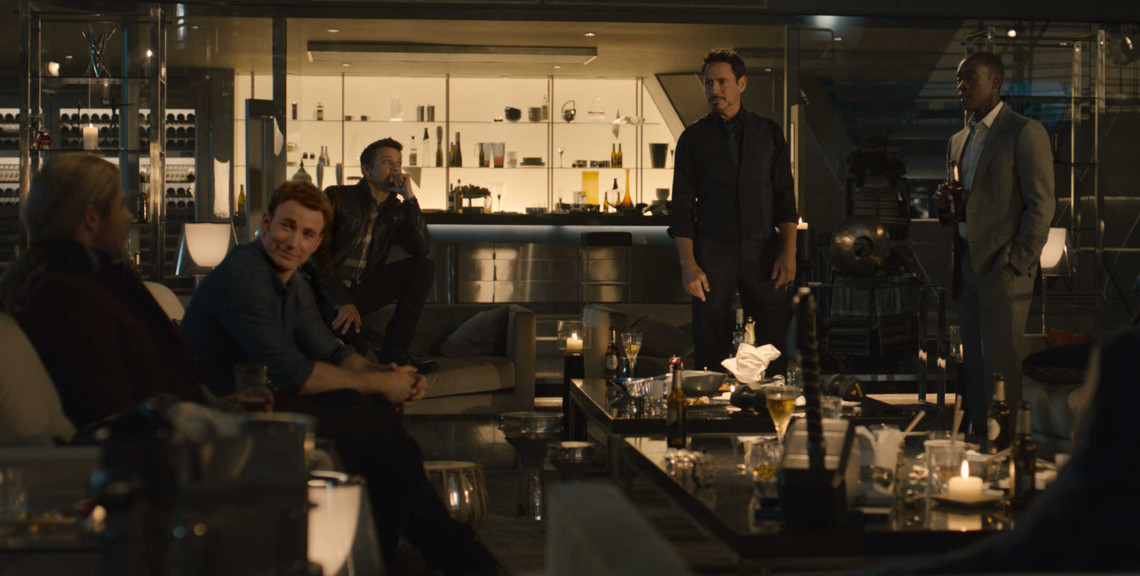 The Avengers was a full-blooded event — its sketchy opening aside, the film truly felt like the culmination of five years’ worth of buildup throughout the then-new Marvel Cinematic Universe. Avengers: Age of Ultron is the team’s obligatory triennial meetup. I felt almost nothing while watching it. The Marvel films have established a standard of competent pleasantness, spotted with rousing bits neighbored by stretches of blandness. Age of Ultron doesn’t even work over that middle-set bar.

The problems are apparent literally from the first shot, a meant-to-be-invigorating single-take that follows each member of the Avengers as they tear through an Eastern European forest in battle with enemy mooks. It’s an incoherent mess of surprisingly bad CGI and jumbled choreography, and none of the many action sequences that follow do much better. Writer/director Joss Whedon and his cohorts frequently appear to be trying to replicate the feel of activity-filled comic book splash pages and spreads. But in that medium, a reader has the advantage of being able to take as much time as they want to drink in a visual. Few shots in this movie hold long enough to give a viewer the same effect. Yet the one notable time it does, for a slow-mo team action pose, it looks extraordinarily awkward.

In this department, Age of Ultron has the horrendous disadvantage of coming out mere weeks after Marvel’s own Daredevil blew away pretty much every other example of live-action superhero battling in recent memory. That show’s clean cinematography and editing, and viciously physical, sometimes exhausting fight scenes put the cold pixels of the Marvel movies’ superpowered tussles to shame. Like in Captain America: The Winter Soldier, you can occasionally discern that someone did something cool, but the hurried camerawork and cutting puts you a step behind everything, unable to fully appreciate it. 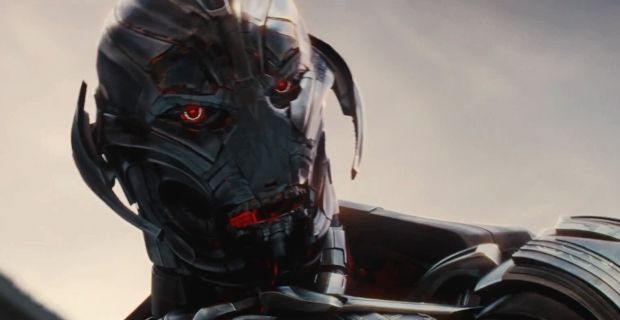 Oh, and there is a plot. Tony Stark (Robert Downey, Jr.) cajoles Bruce Banner (Mark Ruffalo) into helping him revive a dormant idea called “Ultron,” which entails a robot security force controlled by an AI (apparently JARVIS isn’t an AI). The idea is that the safety of the human race can be left to Ultron so the Avengers can ease their worries and be able to take time off from superheroing. Unfortunately, Ultron (voiced by James Spader) is active for less than a minute before deciding that the best way to keep humanity safe is to force it to “evolve,” in a plan that naturally involves mass death and devastation.

Whedon has given lip service to the idea that it would be a poor choice to try to “top” the first Avengers, and that this sequel would go smaller and more personal. Exactly the opposite of that has happened. There’s still a catty baddie with world-ending aspirations and an army of indistinguishable supergoons (robots instead of aliens this time) and a final plan that centers on things dropping out of the sky. There’s probably less character development this time around, too. While Avengers was built around the team coming together, this film sort of gives each member a halfhearted concern to deal with, few of which are really resolved within the runtime. Rather than a culmination of its characters’ respective films, Age of Ultron has to busy itself setting up future ones, most obviously the next Captain America and Thor.

Cap himself (Chris Evans) is doing his leadership thing, but is mostly just present. There’s even an acknowledgment of sorts that there’s not a lot going on in his head currently. Iron Man is snarking around as usual, but the movie fails to grapple with or even fully acknowledge that the Avengers’ latest mess is entirely his fault. Hawkeye gets to have a personality in this iteration, and Jeremy Renner has fun with that, although the sappy reveal of his nigh-on-fanfiction personal life is cringeworthy. Thor is … around. He smashes folk with his hammer. He says funny things in his accent. He cosplays Chris Hemsworth’s Blackhat character at one point.

Banner does his usual sulk over bein’ Hulk, although in this go-around, that angsting is combined with Black Widow’s (Scarlett Johansson), because they are abruptly in an ill-advised will-they-or-won’t-they. Their romance is excruciating, and an active detriment to Widow’s character. Whenever she’s with him, she shifts to a weak, distinctly un-Widow-like demeanor, even her voice losing its characteristic husk. Putting these two in a beauty-and-the-beast scenario is a lose-lose for both, particularly since this universe seems horribly lacking in active sexuality. The closest thing Widow gets to her own material is being sad about being sterile. Oof.

That embarrassment is the latest bit of Whedon’s work that makes his constant feminist posturing quite suspect. In contrast to the first Avengers, this one at least has more than three women in it. Yet I’m not even sure if it can be said to be doing better by the ladies, since few of those roles are terribly substantial. Besides Widow, the movie’s only really important female character is Wanda Maximoff (Elizabeth Olsen), one-half of a superpowered duo who serve Ultron (the other is her twin brother Pietro, played by Aaron Taylor-Johnson). The twins get the only interesting motivation in the plot, holding a grudge against Tony Stark for the weapons his company built being used to kill their parents in some backstory war. I thought Wanda would be another of Whedon’s Patented Babbling Psycho Waifs, but instead she’s another of his Patented Insecure Super Waifs. She’s a bad guy, and then she’s a good guy, but she’s not an effective good guy until she gets a pep talk from a man. Which probably wouldn’t seem so bad if her brother didn’t make the transition with no issues at all.

The biggest pleasures to be found in Avengers: Age of Ultron are incidental. Spader’s purring, sardonic Ultron. The late-addition hero Vision (Paul Bettany), a fascinating mix of serene intelligence and childlike curiosity. Andy Serkis as a filth-encrusted Afrikaans arms dealer. A fair amount of funny jokes and small moments. But the film starts out attempting to question the Avengers’ place in the world and whether they really make a difference, only to forget to probe for an answer not long after the asking. If there is an answer, it’s “Yes, they matter,” simply because they save the day in the end. But from a threat of their own making! It proves the movie’s many soliloquies about ends and means to be hollow. This is an empty, nothing film.