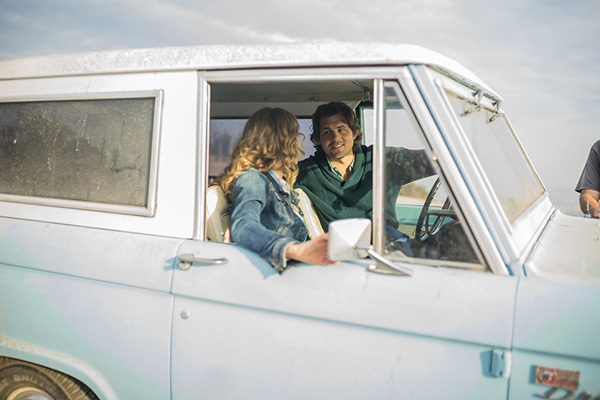 “The left hopes no one goes to the theater this weekend. They don’t want their own collectivist mentality compared with Rand’s belief in the individual. They do not want her integrity of thought to reach the sunlight. The result of their philosophy is the message of Atlas Shrugged: Who is John Galt? and it shows quite clearly that force ‘for the good of all’ is a hell on earth for mankind.” – Producer John Agliaro

Heh. These guys crack me up.

Millionaire CEO and poker champ Agliaro’s 20-year struggle to bring Ayn Rand’s doorstop-sized Objectivist Bible to the big screen came to an unceremonious end this past weekend, with the side-splitting third and final installment raking in a gasp-inducing $1,906 per theatre. (Breaking it down for the current average ticket price of $8.33, with most cinemas running a film anywhere between 12 and 15 times over a 3-day period, this works out to a charitable estimate of fewer than 20 patrons attending any given show.) So I guess the Free Market has spoken?

For the blessedly uninitiated, Rand’s 1,168-page novel is the favorite book of many young sociopaths you meet in business schools. Published in 1957, Atlas Shrugged posits a hysterically overwrought nightmare dystopia in which government regulation has crippled the economy. Shadowy politicians conspire with corrupt union leaders to bleed corporations of their precious profits, with “parasites,” “looters,” and “moochers” living off the hard-earned wealth of the noble 1%. In this time of crisis, America’s captains of industry have had it up to here with poisonous concepts like “charity” and “altruism.” Inspired by a mysterious figure named John Galt, they sabotage their companies, trashing the country’s infrastructure before disappearing altogether. Basically, it’s all about a bunch of rich crybabies who don’t want to share their toys so they break them and go home.

My dear friend, the late, great libertarian talk show host David Brudnoy used to describe Rand as “an unfortunate phase most people outgrow.” But Agliaro certainly hasn’t, throwing mountains of bad money after good with his increasingly unprofitable (and increasingly hilarious) adaptations of Little Objectivist Aynnie’s magnum opus. Burning with messianic zeal, the movies have gone through three directors and three sets of actors on the long road to this riotous finale.

The surreal awfulness of these Atlas Shrugged films is difficult to convey as, beholden to Rand’s tale, they remain stuck in a time warp where rail travel and the steel industry represent the heights of American innovation. People don’t interact so much as they wander around cheap soap opera sets reciting long-winded position papers at one another, with the revolving-door cast adding another layer of bizarre dissonance. From movie to movie, everybody is a drastically different age with often wildly opposing interpretations of their characters. Entire storylines are rushed through by an extremely busy narrator, while black-and-white stills representing scenes nobody had the time or money to film shuffle across the screen.

When we last saw Dagny Taggart – queen of the railroad business played by Taylor Schilling and Samantha Mathis in the first two films, respectively – she’d tracked down the elusive Galt and his posse of vanished CEOs to a secret Rocky Mountain enclave, where a high-tech laser-beam force field crashed her plane in a special effect the threadbare production could scarcely afford. Now played by Laura Regan, Dagny awakens in the rubble to find herself rescued by John Galt (Kristoffer Polaha), a hunky fellow who looks like he’s stepped out of a Sears catalog. He brings her to Atlantis, a capitalist utopian commune where the country’s best and brightest have escaped to begin civilization anew, at long last unburdened by government regulations and poor people. “No man here may provide unearned sustenance for another,” Galt explains. So like a good little woman, Dagny offers to do his cooking and cleaning in exchange for room and board, although the lascivious glint in her eyes suggests another way Dagny might have been able to earn her keep.

It’s a Free Market paradise of mismatched scenic stock footage and overqualified character actors like Mad Men’s Duck Phillips and Stephen Tobolowsky. (I can only hope the latter got a great story for his podcast out of this fly-by-night shoot.) Will Dagny return to New York to save her family business and try to protect the country from her idiot brother (Greg Germann, the poor man’s William Fitchner) – here seen plotting with the mealy-mouthed President to let Minnesota starve “for the sake of the greater good”? And when will we finally get to the 56-page Galt monologue held so dear for these past 60 years by the avid cult of Randians?

Algiaro claims he rushed Atlas Shrugged: Who Is John Galt? into theatres this week to influence the midterm elections, a rather superheroic overestimation of this sorry saga’s potential impact. Indeed, if the picture is to be remembered, it will be in the Worst Movie Sex Scenes Hall Of Fame. Music swells as Dagny clears off a desk in the railyard office, with Galt taking her in a gloriously discontinuous dissolve-heavy montage of belts, bras and slow-motion sighs, climaxing in a train being guided through a dark tunnel, of course.

My heavens, this is terrible – but in ways I find strangely comforting. Though I’ve been accused of masochism by my friends, I like to seek out these right-wing crusade movies – opening without press screenings, often in barely advertised engagements at suburban shopping-mall cinemas to sparse crowds of Fox News enthusiasts – not just because I enjoy giggling at starfucky cameos by Sean Hannity and Grover Norquist. (Guys, Ron Paul is in this movie!) Mostly, I go because the rank incompetence of so many quote-unquote conservative pictures makes their toxic ideologies a good deal less frightening.

The final, most beautiful irony is that Atlas Shrugged’s previous two installments proved so financially calamitous, Aligaro and his co-producers financed this one with the help of a Kickstarter campaign. It’s hard not to wonder what Ayn Rand would’ve thought about her precious bootstrap self-sufficiency manifesto being partially funded by begging for handouts.