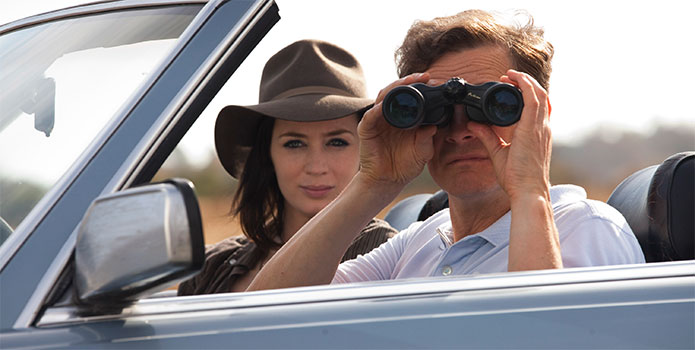 Different films aspire for different things. Some movies want to be sprawling epics. Some want to be emotional powerhouses. Some want to win Oscars. Some want to win the box office. But sometimes, all a movie wants to be is a nice, swell, inoffensive time; the cinematic equivalent of a Sunday drive, basically. And there’s nothing particularly wrong with that, so long as you don’t screw it up. I say this because Arthur Newman is a movie that constantly screws up even its own mid-sized ambitions. It’s aspires to depict a journey of self-discovery and instead  feels more like the story of a boring man leaving his boring life just to go on a different yet equally boring adventure.

The film opens with sad-sack FedEx manager/divorced man Wallace Avery (Colin Firth) planning to fake his own death and live a new life as Arthur Newman. (You get it, guys? Because he’s a new man!). An entirely fabricated identity, Arthur Newman is not the unhappy schlub Wallace was, but instead a pro golfer who’s hot off an Asian tour and ready to make way for the big leagues. With his new identity in check, he goes on a road trip to the nearest golf community, and stumbles upon a down-on-her-luck woman named Mike (Emily Blunt) along the way, who’s also in desperate need to start afresh. The two go together and bond along the way. Will they learn a few lessons from each other? Will they start to become romantically entangled? Will a contrived plot device come up with the sole purpose of separating the two at the end of the second act, only to have them reconcile their differences for the third? In the boring world of Arthur Newman, anything is possible–so long as it abides to that strict formula, that is.

Now this is a tried and true structure of two lost souls learning to reconnect and is totally able to work, but the film forgets to include pathos, humor, depth, or even a sense of fun and discovery that a story like this desperately needs. Wallace/Arthur is defined only by his blandness and disappointment with himself, and there’s nothing else to make him interesting or compelling to watch. Firth, meanwhile, just kind of mopes through the role, completely phoning it in and failing to add some nuance and depth to the two dimensions that make up his character.

The various shenanigans he gets into with Mike range from slightly amusing to complete filler. It seems as if the film could get into some interesting commentary when Arthur and Mike break into people’s houses and role-play as the residents, which fits well with its themes of identity vs. internal desires; but the film doesn’t really do anything with it. It’s just a thing that sort of happens and is never really brought up again. Plus, it doesn’t really deepen the characters (though it does give them an out-of-nowhere excuse to get physical with each other).

It’s also worth noting how tonally inconsistent the film is as it courses through Arthur and Mike’s road trip. While the majority of the film has that laid back “Sunday drive” kind of feel, first-time feature director Dante Ariola and Seven Years in Tibet screenwriter Becky Johnston pepper in brief snippets of raunchy humor and heavy tragedy almost entirely out of nowhere. These scenes feel so out of place and appear with such randomness that I would’ve been annoyed if it weren’t for the fact that they ironically livened up the movie. 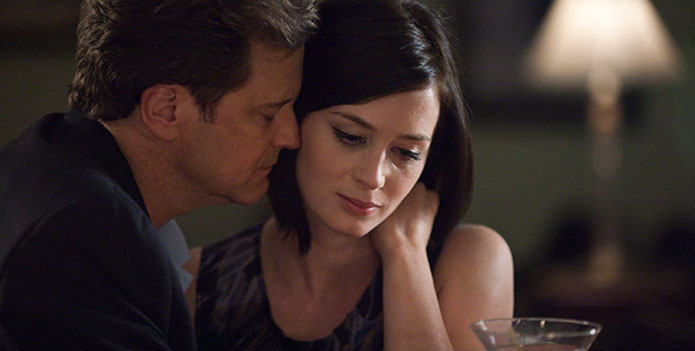 But the script’s biggest sin comes in the form of two completely useless subplots for Wallace/Arthur’s estranged son (Lucas Hedges) and his girlfriend (Anne Heche), both of whom he left behind when he changed his identity. The point seems to be that the audience gets some insight into how Wallace’s absence has affected his family and loved ones, but like most everything else in the film, it’s depicted without nuance. Wallace’s son hardly grows or changes much, but the most offensive part of the script is that Anne Heche’s character is literally abandoned completely by the end of the film. Not only is she given nothing to do with what little she’s given, but she doesn’t even get to have anything in the way of a resolution, instead going for an unearned, somewhat ambiguous ending note that doesn’t even capitalize on the film’s other loose threads.

If you’re wondering why I haven’t mentioned Emily Blunt yet, it’s because I wanted to save her for last, because she’s the film’s saving grace. Whereas Wallace/Arthur is a completely flat character, Mike is much more interesting, likable, and even three-dimensional. Her history with mental illness, both personally and familially, is the most authentic and emotionally resonant thing in the entire film, and Mike’s fear of succumbing to the same insanity that took her family is heartbreaking and tastefully handled.

It also helps that Blunt is pretty excellent in the role, adding her own quirks and nuances to liven up the static material. She’s sadly relegated to go through the same boring hoops that are required for this story (like the aforementioned “separated then reunited” cliche), but Blunt gives the role and the film a personality that it desperately needs. When the film ended, I was actually more satisfied with her arc than anything Wallace/Arthur had to go through. I even wonder how much better the film would’ve been if she was the protagonist instead.

The chemistry between her and Firth works best when they’re actually goofing off and sharing intimate secrets about their past lives with each other. Unfortunately, their chemistry as a romantic pairing is shallow and fails to resonate. This creates an odd mixture of certain aspects of the relationship feeling natural, while others are entirely forced. Their affair doesn’t feel authentic on a romantic level, but as a riff on the Lost in Translation trope of two lost souls learning to connect through each other, it’s sweet enough keep your attention.

As it stands, though, the film’s nicer moments and Emily Blunt’s performance are not enough to save the rest of the picture, which is dull, abysmally paced, and completely lacking in humor, drama, or even a sense of heart. Even as a relaxing, “Sunday Drive” kind of movie targeted at the older demographic, there’s not much there to make it stand out. You’re much better off just rewatching Lost in Translation or Somewhere again instead.