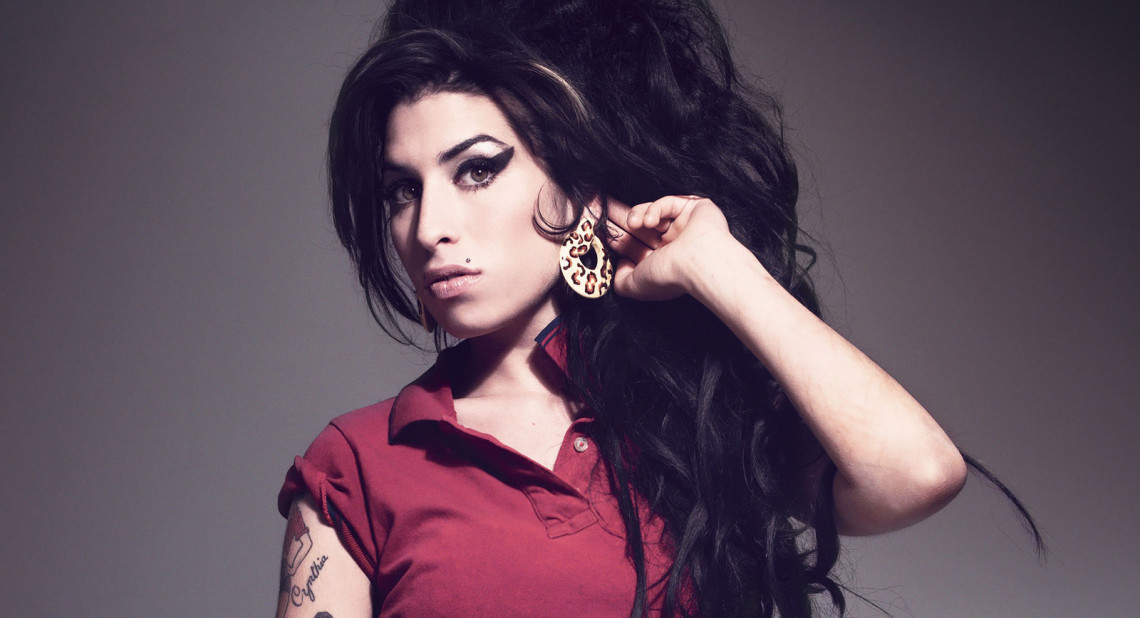 A sad air of familiarity and a creeping sense of ghoulishness conspire to sink Asif Kapadia’s Amy, an otherwise well-intentioned look at a tragic pop star that’s as frustrating as it is curious. Struggling to strike the balance between life celebration and downfall diagnostic, it constructs a candid, behind-the-music glimpse into the final years of Amy Winehouse, the gifted vocalist who died in 2011 at age 27, offering moments of musical exuberance but ultimately trapping its subject in the media fishbowl it purports to despise.

It’s disappointing, not just in view of superior recent music doc Cobain: Montage of Heck, but also in light of Kapadia’s previous Senna, which used entirely archival footage to compose a thrilling portrait of the late Formula One driver. Proving that it’s hard to capture lightning twice, Kapadia takes a similar approach to Amy, eschewing talking-head interviews in favor of old footage and images, paparazzi video, and unseen personal clips, weaving a tapestry of Winehouse’s troubled existence with material sourced from her lifetime.

Except that he doesn’t; not as effectively, anyway. One of the first indications that something’s off with Amy is Kapadia’s heavy reliance on contemporary voice-over interviews to goose the story, too often maudlin reflections (with matching musical treacle) from Winehouse’s friends, managers, and parents that function as retroactive opinions at odds with the “of-the-moment” authenticity. There’s certainly an interesting dissonance to some of it—especially when Winehouse’s turbulent ex, Blake Civil-Fielder, offers rueful commentary on their peak wild days—but too much errs toward armchair psychology and “if only we could have” sentimentality. Obvious portents abound: “I don’t think I’ll be all that famous,” the singer says, way back in 2003. “I don’t think I could handle it.” Dun-dun! The cumulative effect skews Amy toward reflective hand wringing at the expense of what should be the real draw: A look into what made her music, and by extension her star, so beloved around the world.

Any documentary on Winehouse was bound to address the singer’s drink-and-drug-fueled public unraveling, of course—the lure of damaged celebrity spectacle enhanced her larger appeal outside the music, and will no doubt be a hook for many here. And for a while, at least, Kapadia appears to want to buck that expectation by setting up a quite touching portrait of his subject. Amy opens with clips of the teenage Winehouse goofing around at a birthday party, a humanizing moment that catches her mischievous sense of humor and personality; before we hear that astonishing voice, casually uncorked but already powerful even in its untrained shape. It’s a perfect little joyous introduction, but short-lived: eager to pursue the narrative his audience supposedly wants, Kapadia swiftly checks off Winehouse’s teenage depression and bulimia and races forward to her early publishing deal. “She was a very old soul in a very young body, and we did the deal very quickly,” says a former Island records president, sounding like a geezer version of Swan from Phantom of the Paradise. The film then plunges into the heady lost period of drink, drugs and debauchery that followed her premature stardom. You can bet there’s a crazy-success montage set to Winehouse’s signature smash “Rehab,” and yes, it’s as inevitable—and electric—as you’d expect.

To that extent, Amy whips up a vivid frenzy of success caving in a damaged soul—Kapadia knows how to cut together a forceful sequence—but what emerges is too superficial. Maybe it’s the terrible predictability of another young-and-doomed-pop-star story that’s kept Kapadia from digging deeper, content as he is to let the standard theories—she was successful too soon, she was an old soul, she drank too much, etc.—rise to the surface without fresh interrogation. According to her friend’s recollection, Winehouse, backstage after the Grammy win at the peak of her success, lamented that “It’s just no fun without drugs.” Here’s an unpopular theory left unaddressed: What if she was right? Was there a correlation between her immense talent and voracious appetite for devouring everything around her? The relationship between Winehouse’s gifts and demons appears largely relegated, in one of the film’s worst formal decisions, to lifting lines from her lyric diaries and transposing them to her performance footage like tacky karaoke prompts; it’s like a tawdry YouTube tribute with a bigger budget.

The film’s failings become apparent in a deadly final stretch, which undercuts Winehouse’s own lamenting of fame—and desire to vanish from the limelight—by creepily embellishing her exposure to paparazzi via manipulated footage. Using clips of Winehouse on the run from photographers and reporters, Kapadia ramps up the eye-melting flashes of cameras before zeroing in on the singer, who’s slowed-down and freeze-framed in her own digital bubble—less a person than an animated GIF caught like some rare night apparition by infra-red goggles. The effect is mighty disconcerting, but whether it serves to empathize with Winehouse’s plight or merely furnishes the chorus of gawkers is open to debate. Because Amy mostly just stares and points, it acquires an air of exploitation; the film counts down to Winehouse’s death like it can’t wait to turn on the collective waterworks. (Montage of Heck, by way of comparison, knew precisely when to stop in its trajectory.)

There’s one breathtaking moment in Amy, and it’s almost worth the price of admission in itself. Tucked into a studio booth with producer Mark Ronson, Winehouse is recording vocals for “Back to Black” when the sync track drops out for a few seconds, leaving the singer’s isolated voice to hang in the air, bruised but tremendous—as though her tiny frame was channeling something otherworldly. Had there been more of this this, and less teary-eyed pop psychology, Amy might have been the film its subject deserved.