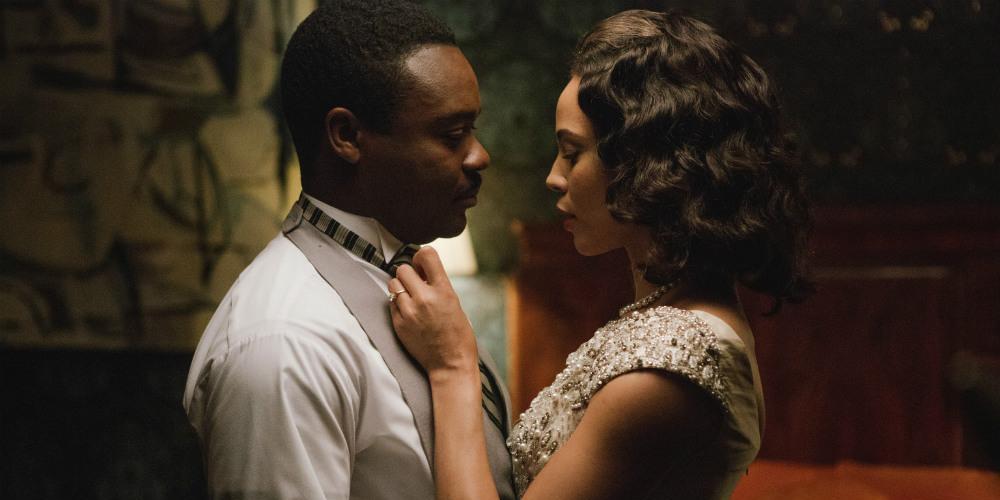 Note. This review originally ran as part of our coverage of the AFI Fest.

Ava DuVernay’s Selma is a joyful, angry, and sad film– occasionally all three in the same scene. It’s smart, soulful, and deeply affecting, boasting some truly powerhouse moments and containing nary a misstep. At the heart of the film’s deep and absurdly talented cast of characters is an unmistakably human depiction of Dr. Martin Luther King Jr., played by a pitch-perfect David Oyelowo. There are a myriad of ways in which a film about Dr. King could have become cheap, manipulative, and unworthy of his memory, and yet DuVernay dodges every potential pitfall. Selma is one of the best films of the year, one of the best biopics of the last decade, and one of the best films ever made on the civil rights movement.

It’s 1965. Black people have the right to vote, but down South, the white people in charge of voter registration have made it nearly impossible for them to exercise this right. Lyndon Johnson (Tom Wilkinson) believes that the issue is far from a priority, but Martin Luther King Jr. Sees the forest for the trees. If black people can’t vote, they can’t elect lawmakers and judges, they can’t sit on juries, and they can’t receive justice when racists inevitably brutalize and kill black people in the recently desegregated South.

King asks President Johnson for help. When Johnson refuses, King decides to push the issue to the forefront of the national conversation. His plan: use his style of non-violent civil disobedience to aggravate the whites in Selma, Alabama, stir up trouble, and subsequently stir up the attention of the media. If a Nobel Prize winner can’t get the attention of the president in person, maybe he can when people are being beaten on the cover of every newspaper around the country.

DuVernay’s refusal to deify the activist heroes is her film’s greatest asset. It’s easy to imagine Dr. King as some godlike image of perfection – never tired, never worried, never mistaken – but this depiction would be an insult to his accomplishments. King isn’t an inspiration because he’s a model of human perfection; he’s an inspiration because he had the same fears and insecurities that we all do, yet he managed to overcome them and persevere. In Selma, Oyelowo’s face does the talking. He knows that he’s far more likely to be killed than he is to succeed, and that knowledge makes him constantly tired. King is depicted here as a soldier, behind enemy lines for years and fatigued from the battle.

Indeed, the movie begins with King imagining a peaceful life with Coretta when his fighting days are over. At first, we think it’s dramatic irony, as we know how this story concludes. As the film progresses, however, we realize we’re not the only ones in on the ending. King knows he’s going to die. He just doesn’t quite know when.

While the film doesn’t deify its heroes, cinematographer Bradford Young certainly manages to make them all look extraordinary. From his work on Dee Rees’ Pariah, Andrew Dosunmu’s Mother of George, DuVernay’s Middle of Nowhere, and now this, only one inescapable conclusion can be reached: no D.P. in the history of cinema has shot black people more beautifully than Bradford Young. As DuVernay put it in the Q&A following the film’s AFI Film Festival premiere, “he loves black skin.” Too many cinematographers in Hollywood wash out their black actors with too much light or muddy the richness of their skin color with not enough light. Not Young.

If you’re skeptical, look at how Oyelowo is lit in some of his Hollywood fare versus how Young lights him in Middle of Nowhere and Selma. Most cinematographers of studio fare wouldn’t even dare try a shot in which dark-skinned actors sit in the shadows of a dark room—they wouldn’t know where to begin. Selma has some of its best scenes at night: whether a crowded jail cell, a car ride, or a late-night phone call to Mahalia Jackson, every image is lush. If you haven’t put Bradford Young on your Mount Rushmore of the best cinematographers working today, you still have time to remedy your mistake.

Oyelowo knows how to play scenes and Young knows how to shoot scenes… but it’s DuVernay who knows how to find their magic. I could make a laundry list of my favorite moments in this film that would extend to the floor like a scroll. The terrible dread seeing four little girls talking about hair in a church. The rousing monologue delivered by the always-magnificent Lorraine Toussaint. A jaw-dropping moment of silence between Martin and Coretta. The history of Cager Lee, performed by Henry G. Sanders, achingly sad and inspiring. I’ve come to expect magic moments in Ava DuVernay’s films, and she has yet to disappoint me. This is her first feature made for over a million dollars. It is beyond exciting to think of the possibilities of what she can accomplish with a decent budget in the future.

Most importantly, Selma manages to wordlessly tie the events of the past to the realities of the present. A young black man is needlessly shot by a white police officer. A city is divided between its population (the majority of which is black), and its government officials and lawmen (the majority of whom are white).  Non-violent protests by the black community lead to police brutality. How embarrassing is it that you don’t know if I’m describing events from 1965 or 2014?

Selma isn’t just a beautifully executed biopic; it’s a call to action. After murders during his protests, King calls out everyone who sits by idly as injustice is perpetrated, giving their hands an equal share of the blood. DuVernay doesn’t lean on the contemporary social relevance of the material; she’s smart enough to know that she doesn’t need to. The story isn’t about one man who fought hard to bring about change. It’s about the mass effort necessary to make such change happen, and the responsibility for injustice shared among the inactive. As long as, to quote Mos Def, “the length of black life is treated with short worth,” Selma will remain an endlessly urgent and relevant work of art.