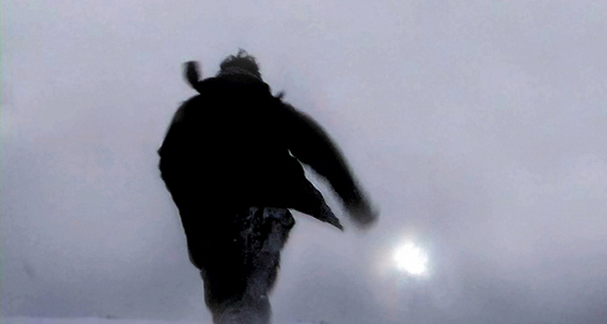 There’s a pull quote on one of the advertisements for A Lake comparing the film’s director Philippe Grandrieux to the likes of Bela Tarr. In a way, this comparison makes sense. While not without some notable differences, Grandrieux’s A Lake is relentlessly bleak, minimal in dialogue, and heavily reliant on a specifically cold kind of style and atmosphere to carry the proceedings. But while I’m no expert on neither the works of Tarr or A Lake‘s helmer, having only seen one of each of their films, I can safely say that in terms of actual quality and artistry, Grandrieux is not even close to his stature.

A Lake is pretentious in some of the worst possible ways. Needlessly opaque, grim without being provocatively so, and just downright ugly to look at, the film has nothing of value to say. Even if there was a nugget of truth in this movie, it’s too thickly obscured by the disruptive style and the unnecessary reliance on ambiguity to truly connect.

The film follows a young man named Alexi (Dmitriy Kubasov) who lives alone in the middle of the woods in an isolated cabin with his small family. The country, time-period, and overall location are unknown to us. Surrounded by nothing but trees and snow, Alexi is childlike and somewhat in tune with nature (At least that’s what the movie tries but fails to really convey), but is prone to epileptic seizures and has an uncomfortably close relationship with his sister Hege (Natalie Rehorova). When a stranger about his age (Alexei Solonchev, looking like a French clone of Nicholas Hoult) comes to live with them, complications arise.

If each of these elements sound familiar to you, then congratulations: you’ve seen at least one foreign art-house film in your lifetime. Except unlike the good ones, where the formalistic elements manage to elevate the proceedings by discovering a truth of human nature worth discovering, or at least tell this familiar story in an interesting, original way, A Lake‘s idea of provoking us is by peppering everything with as much bleakness as humanly possible.

Cold weather, isolation, blind mothers, abandoned parental figures, incestuous relationships, a deep fog that rolls across the hills like a gray pillow smothering the earth in sorrow. It’s not that I have a problem with this much bleakness, but there’s so much of it here that it loses its impact before the ten minute mark has even been reached. Whereas something like The Turin Horse slowly built up its dread using nothing but mood and atmosphere, A Lake throws everything it has at us but fails to make it compelling.

Of course, it would’ve been more effective if we had characters interesting enough to watch. The people who populate A Lake don’t feel like characters so much as they feel like ghosts wandering the film’s desolate wilderness. Like ghosts, they spend a lot of their time looking moody and sullen, and like ghosts they just feel very empty and transparent. It’s a shame because the actors are all very talented and do their best to bring life to the material, but none of these characters have much in the way of defining personalities, and the film’s insistence on refusing dialogue whenever possible doesn’t allow them to develop further. The visual language simply isn’t strong enough to support meager amounts of dialogue. It’s such a detriment to the entire film that I honestly had no idea that the mother was blind until I read the synopsis on iMDB after viewing it.

Not that there’s anything wrong with a lack of dialogue in general, at least when utilized properly. The aforementioned Turin Horse does this quite well, mostly because it conveys emotion through subtle acting and a wistful visual language that conveys everything so the words don’t have to. A Lake certainly has strong enough actors to pull this kind of thing off, but they’re at odds with Grandrieux’s–to put it as bluntly as possible–amateurish direction. If you thought Les Miserables‘s reliance on close-ups and handheld camerawork was bothersome, then A Lake would have you in larger epileptic fits than the film’s main character. 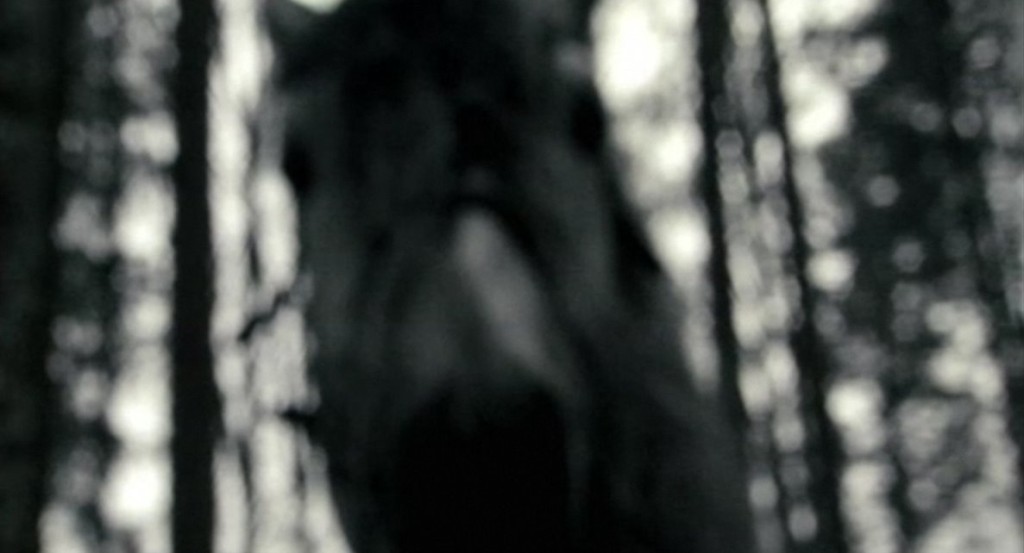 The camera shakes in ways that are simply not natural. When it moves, it sways like a drunkard navigating a frozen lake. When it’s stationary, it feels almost as if the DP was literally shivering from the cold environments of the film and simply couldn’t keep it steady, which would be more charitable than my first thought, which was that it felt artificially inserted to add a sense of faux-realism. Then when the cameraman finally manages to keep things still, he shoots in either odd angles or–even more egregious–intensely soft focus that adds absolutely nothing.

But the biggest sin of the film is the editing, which has not a single regard for spatial reasoning or consistency. Actors you didn’t even known were in the scene are cut to in discordant ways, sometimes in almost entirely different places, even in completely different positions or performing entirely different actions. I wouldn’t be surprised if the editor cut between separate planes of existence. The film would even cut jarringly from scenes of little to no importance straight into a scene that’s meant to be dramatic and affecting, but you aren’t given time to process what’s going on. Also, I hope you don’t mind that scene in which the haphazard editing devotes five whole minutes to two characters caressing each other while whispering and crying to one another, because the film repeats it about four more times.

As far as the film’s few saving graces go, it’s mercifully short at 90 minutes–less so if you exclude the end credits–and so little happens in the film that it doesn’t feel like you’ve wasted your time (Though your wallet hasn’t escaped unscathed). And while the visuals do a poor job at transporting us to this barren winter wasteland, the sound design is evocative and moody in all the right places, with only one instance of music–one that’s actually used very effectively– that breaks up eerie, minimalist atmosphere. As mentioned earlier, the actors are talented enough to provide some semblance of humanity to this dark tale, and under a better director, they have the potential to do some great work, especially Dmitriy Kubasov.

But as a whole, A Lake is just the worst kind of art film. The style constantly draws attention to itself to the detriment of the emotional payoff, the fact that it’s not a particularly good looking film further highlights that problem, and the whole thing is just as distant and isolated as the family’s cabin by the lake.

Vyer Films (www.vyerfilms.com) is a new pay-to-stream service that believes great films matter. They bring the best films from around the world, as determined by festivals, critics, and our board of curators, previously undistributed in the U.S. directly to the viewers that want them: audiences looking for something new, unique, and unlike anything available at the local theater. Packaging each rental with exclusive interviews, essays, and more, Vyer Films helps spur the kind of discussions we all want to have after seeing a great film, the ones that go on much longer than the film itself. With compelling films, thought-provoking features, and the convenience of streaming,Vyer Films doesn’t want you to spend your time looking for something good to watch, they want to help you see something new.