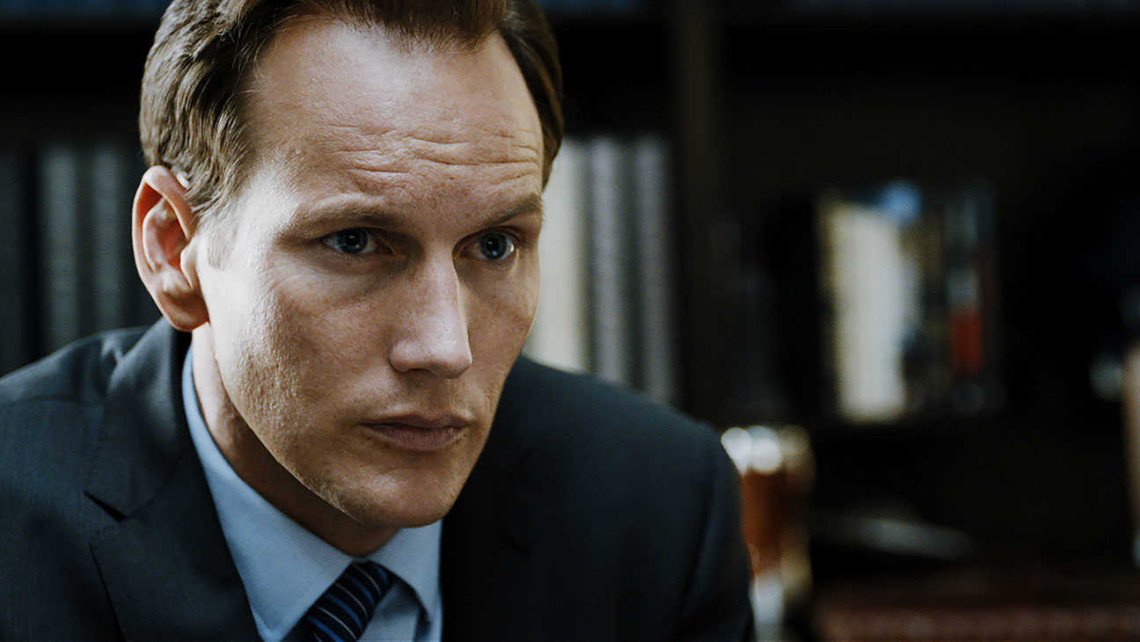 “Zipper” Is Unsexy, Unfunny, And Unsurprising

Of interest perhaps only as a glossy piece of Eliot Spitzer fan-fiction, the hand-wringing drama Zipper stars blandly handsome Patrick Wilson as a Dudley Do-Right U.S. Attorney whose perfectly manicured career and family life begin to come undone when he quite abruptly develops a pesky addiction to high-priced prostitutes. This tawdry tale is presented by co-writer/director Mora Stephens with a cautionary seriousness bordering on hysteria. It feels like one of those alarmist anti-drug films shown in high school classrooms: Just Say No to two-thousand-dollar-an-hour escorts.

But one fateful day, his superior (Christopher McDonald) is interviewing an escort for a potential witness stand appearance and Sam’s entire existence is instantly thrown into upheaval. What are these mysterious things called prostitutes? People just pay them for sex? Nobody’s shutting these services down? How can this kind of thing go on in this day and age? What’s the name of that website again?

Before long, Sam’s buying a pre-paid burner phone and telling himself that he’s only gonna try it once. Sure thing, cowboy. Zipper takes place over the course of 8 weeks, a brief span of time during which Sam rapidly devolves into a frothing, maniacal whoremonger, maxing out all his credit cards, ducking out of work, and sprinting through traffic in a hyperventilating panic to get to his hooker appointments on time. In the movie’s most unintentionally hilarious moment, not even being hit by a car can keep Sam away from his afternoon delight.

There are tantalizing glimmers of satire buried here and there. The escorts refer to their payments as donations, visually matched in the same sort of envelopes with which Sam receives campaign contributions from corporate interests. Headey and Winstone’s characters both embark on their own subplot reminding us that everyone has a price, and a sharper movie could have quite easily addressed the obvious point that in politics these days sex is the least of which is currently being bought and sold.

But that would require having a sense of humor, which Zipper tragically lacks. Wilson is weepy and anguished throughout, conveying none of the arrogance with which public moralists privately trip over their dicks. (I kept thinking Ben Affleck could’ve crushed this part.) The movie isn’t even sexy, presenting every assignation as just another doom-laden march down the road to ruin. But maybe strangest of all is how the film treats common knowledge as shocking revelations, scandalized and unaware that there’s a reason it’s called The World’s Oldest Profession.

One thought on ““Zipper” Is Unsexy, Unfunny, And Unsurprising”