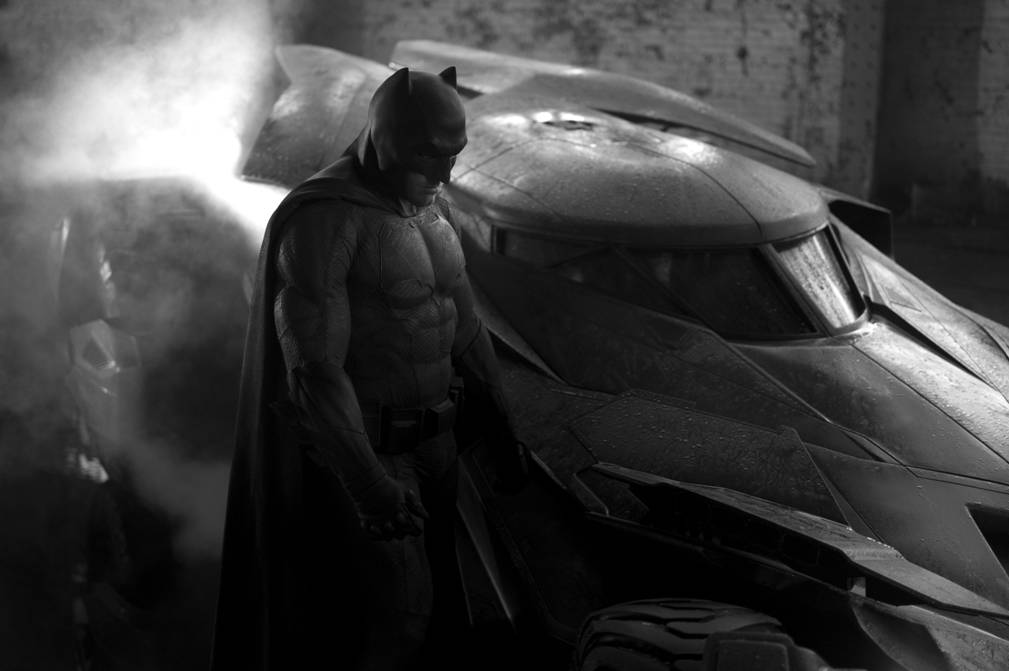 Hoping to avoid being scooped by the paparazzi with the tentatively titled Batman vs. Superman due to start filming soon, director Zack Snyder released a snap of the new batmobile. Snyder hinted this was coming yesterday when he tweeted a partially obscured image of the batmobile, but not many were expecting a first look at the new bat-suit.

At first glance it’s obvious that Snyder’s film will feature a return to a more comic book Batman. Gone is the tank-like vehicle Christopher Nolan used for The Dark Knight Trilogy and in its place a more futuristic hot rod. The suit is also a change from the armored suits that Michael Keaton, Val Kilmer, George Clooney and Christian Bale utilized, changing to a grey cloth suit and short, stubbed ears. If the design looks familiar, it isn’t a coincidence. Snyder, a frequent collaborator with Frank Miller, drew most of the suit’s inspiration from Miller’s The Dark Knight Returns.

It’s difficult to tell if the grey of the suit will be off-set with a dark blue cape and cowl or if they will go with the more accepted black from the films. Future promotional images will have to tell.

The Man of Steel sequel is slated to hits theatres May 6th, 2016.