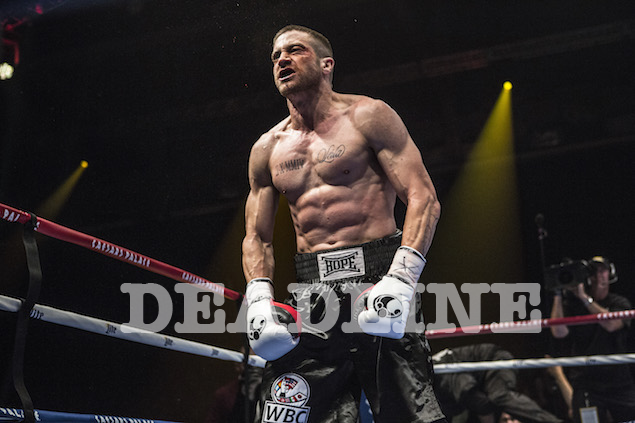 Jake Gyllenhaal is on a roll. We got a terrific performance in End of Watch, saw him pull off double duty with Enemy, gave my favorite performance of last year in Prisoners, and repeated with what will likely be my favorite performance as Lou Bloom in Nightcrawler this year. He’s keeping the train rolling with next year’s Southpaw, the latest from Antoine Fuqua (Training Day, Olympus Has Fallen) with a script by Kurt Sutter (Sons of Anarchy). The film follows a left-handed boxer who wins a title while suffering various tragedies in his life, erstwhile trying to win back the love of his daughter.

While Fuqua hasn’t done anything truly noteworthy since Training Day (I do shamelessly love Olympus Has Fallen though), this will hopefully mark a nice return to more dramatic and engaging fare for him. Gyllenhaal certainly likes the guy, as the two have decided to team up on the crime drama The Man Who Made It Snow about the Medellin Cartel. Looking at the photo below, it’s like Gyllenhaal gained back all the weight he lost for Nightcrawler in pure muscle. It makes me want to go work out and look like him, I’m going to go do 2-3 pushups after writing this before I tire out. Check out the photo below via Deadline, who decided to put their name all over the photo make sure people know they got the scoop first. The film will be released sometime in 2015, and also stars Rachel McAdams, Forrest Whitaker and Naomie Harris. 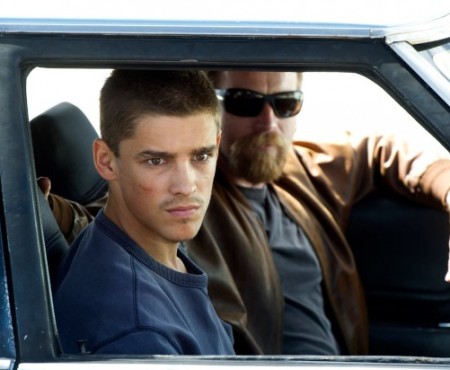