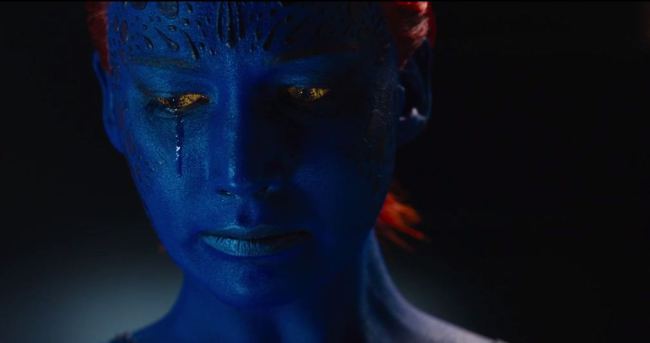 The first trailer for Bryan Singer’s First Class/originals mashup X-Men: Days of Future Past has debuted online, and it aims not for spectacle but is, according to Singer, “primarily a character piece” due to unfinished visual effects. Luckily, this seems to work in its favor by using a more muted tone to sell the movie’s motivations and momentum.

Singer last left the X-Men universe with X2 in 2003, before handing things over to Brett Ratner for The Last Stand (which left most fans feeling cold) and then Matthew Vaughn for First Class (which got their love back). Since, Singer has been floundering with failed Superman, Tom Cruise and Jack and the Bean Stalk adventures. Hopefully, his return to the franchise has reinvigorated him.

The plot is built around time travel as Wolverine (Hugh Jackman) and other older mutants go back in time to the 70s to meet with younger versions of themselves to convince young Xavier (James McAvoy) and young Magneto (Michael Fassbender) to work with him. The trailer mostly shows old Xavier (Patrick Stewart) instructing Wolverine to find him in the past, to lead and guide him and be patient. Wolverine is not patient, unsurprisingly.

There’s a brief look at new cast member Evan Peters (from American Horror Story) as Quicksilver, as well as the returns of Storm (Halle Berry), Shadowcat (Ellen Page) and Rogue (Anna Paquin). What we don’t get is a look at Peter Dinklage as the villain! Anyway, the moody music didn’t really work for me, but it accomplishes what it’s supposed to (high stakes! emotional characters! darker tone!). This is an ambitious project for Singer to take on, as he combines the pressures of the superhero genre (made double with this being a sequel to both First Class and The Last Stand) with a more sci-fi storyline. Check out the trailer below:

It also looks like a major effort was made to make the 70s look like the 70s, through colours and hairstyles and fashion, so I prefer to look at this as the superhero version of American Hustle. I’ll be there.