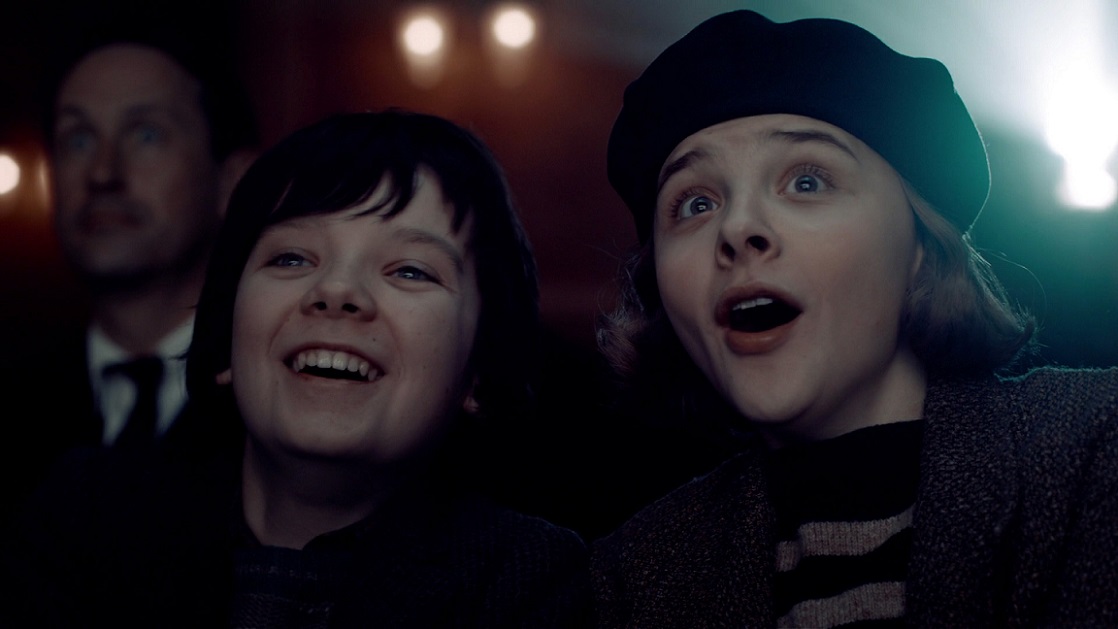 Why We Watch Movies

The first time I remember going to the movies was in 1994 at the age of five. It was the first outing that my sister and I were privy to that didn’t involve coloring mats, kid’s menus, or a playground. This was something adults got to do. This was something magical.

The Regal theatre didn’t appear to be very large driving past it a couple of times a week, but walking in through the entrance everything appeared larger and more grand. The lobby checkered with posters of coming attractions and standees for summer blockbusters. Four hallways led to sixteen individual screens for that weekend’s exhibitions.

My father handed me my ticket and I ran quickly to hand it to the older gentleman in a red satin vest. “Is this your first show?” he asked, I nodded enthusiastically to signal yes. “Well enjoy the show” he added as he gave me the bottom half of the stub and pointed the way to the movie I was going to see, the film in question being Disney’s The Lion King.

I got halfway to the double doors before my parents called out to slow down. My sister is two years younger than me and at that point her legs were considerably shorter, so walking down the long corridor with my parents took a little more time than my impatient self could allow. Once they were behind me I opened the doors to the theatre showing The Lion King. It was the largest at the multiplex with several hundred seats available, seventy or eighty seats of which were already taken. Small red lights lit up the pathway to the seats like an airport runway, guiding eager moviegoers to their places. My parents selected seats in the middle of the row in the middle of the theatre. Five minutes to go until the movie starts. The screen was (at the time) the biggest I had ever seen, probably thirty feet high.

A hush fell over the crowd as the lights dimed and projector came to life. Much to my surprise, the movie didn’t just start, there were trailers beforehand. I cannot remember any of the movies plugged before, but I do remember everything that came next.

I watched, mesmerized by all that happened onscreen. I had seen plenty of movies at home on VHS, but nothing compared to watching a story unfold on a gigantic screen. The experience of watching a movie at home just doesn’t compare to the cinema. At home there are too many distractions, too many reasons to hit pause and go do something else instead. In the glow of the theatre, all of that disappears and you can just be absorbed into what’s in front of you.

And what was in front of me was amazing. The Lion King is hardly high-art, but it was unlike anything I had seen up until that point in my childhood. I had only experienced 30-45 minute videos based around puppets and basic lessons of kindness. What appeared onscreen was far from that. There were stakes to the storytelling, and a sense that all wouldn’t end well before the runtime finished.

I had just witnessed a character die for the first time and while the scene doesn’t rival Bambi, Simba watching his father plummet to his death is still jarring. I sat captivated, by everything that followed: the magnificent colors, the songs, the suspense, the sheer spectacle of it all.

The Lion King was just the start of something that evening, every movie I could get my hands on, starting with my parents VHS tapes in the living room. I watched Home Alone, The Secret Garden, Batman and then finally, after my uncle left his copy at our house, Star Wars. Those films triggered multiple re-watches and I savored every minute I could after school and on the weekends.

It wasn’t too long before a library card furthered my interest in movies with a stock of hundreds of titles at my disposal. Watching new film after new film sparked an interest into something much more substantial. A passion. As years passed and I got older, I released the value of cinema was more than just entertainment.

We watch movies to see through the window into another life. A child raised in farming county in Maryland will likely never get to see the heat rise off the sands of the Middle East, but David Lean’s Lawrence of Arabia gave me that opportunity on a large format screen. Movies open windows into life experiences that we presumably will not have. A peek into another lifestyle, another culture, another world that is not our own. For a few hours audiences can experience something new and unseen. Just take a look at some of the options available to us in theatres this weekend: a NASA engineer in a life or death struggle stuck in space, a freed man forced back into a life of slavery, and a love story between two young French women. Hardly the stuff of day-to-day life for most viewers, these movies serve as a way of introducing new viewpoints and worlds to the uninitiated.

Sure most films are a form of  escapism, but something as simple as combining sound and moving images has accounted for some of the greatest works of art of our time. Experiencing these stories, even if it’s just to escape reality for a little while, can reveal new interpretations of life. Recognition when you see yourself in a character onscreen; the pain of the death of a loved one; the ecstasy of a first kiss; the terror when we find out what lurks in the dark; the breathlessness of a mystery you’re always one step behind of. Those stories may not be real, but the reactions they elicit are.

An interpretation can be mulled over, considered and discussed as your viewing of it changes over time. A reaction from when you are 24 may not hold up when you’re 48. Eternal Sunshine of the Spotless Mind changes from the first time when you first saw it and when you watch it after finding that one true love. When I was sixteen, the ending struck me as being pessimistic—how long will they continue down a road that they already know doesn’t end well? Now I see it as two people willing to give love an immeasurable number of chances. Film evolves with us as we get older and gather new thoughts and beliefs.

Roger Ebert wrote about our constantly evolving relationship with film.

“Movies do not change, but their viewers do. When I saw “La Dolce Vita” in 1960, I was an adolescent for whom “the sweet life” represented everything I dreamed of: sin, exotic European glamour, the weary romance of the cynical newspaperman. When I saw it again, around 1970, I was living in a version of Marcello’s world; Chicago’s North Avenue was not the Via Veneto, but at 3 a.m. the denizens were just as colorful, and I was about Marcello’s age.”

“When I saw the movie around 1980, Marcello was the same age, but I was 10 years older, had stopped drinking, and saw him not as a role model but as a victim, condemned to an endless search for happiness that could never be found, not that way. By 1991, when I analyzed the film a frame at a time at the University of Colorado, Marcello seemed younger still, and while I had once admired and then criticized him, now I pitied and loved him. And when I saw the movie right after Mastroianni died, I thought that Fellini and Marcello had taken a moment of discovery and made it immortal. There may be no such thing as the sweet life. But it is necessary to find that out for yourself.”

We also watch movies in hopes of finding that masterwork, or, even rarer, those pinnacle years like 1939, 1972, and 2007 when a top ten becomes a top twenty. Should those films not hold up then the worst thing that happened was you spent some time in a theatre.

Lit only by a projector, some of my favorite moments happened at the movies. Outings with my father to see movies that my mother and sister weren’t interested in like Batman or James Bond, seeing Rocky Horror Picture Show on Halloween among a crowd of college students in full costumes. But the moment that ultimately jumps out at me is when I asked the love of my life to a late night showing of Shutter Island in March 2010.

Hundreds of outings later, I still note that moment from that first night even if we’re both howling with laughter at some hilariously awful flick or catching a matinee of a re-released classic. For that same reason, the passion that those feel for movies will also never fade away, because in that seat, waiting for the lights to lower and the trailers to start, anything can happen. And that wonderment can never be replaced.

Theatres may come and go, home set-ups may eventually be replaced, but the movies themselves will never leave us and we will never leave them. The death of cinema has been proclaimed loudly and often, yet the very fact you are reading this suggests that isn’t true. Not as long as the passion is still there. The venue may change as video-on-demand and online streaming become more popular, but the movies themselves will not. Cinema is the most resilient art-form and that fact will continue to make sure that cinema never dies.

5 thoughts on “Why We Watch Movies”