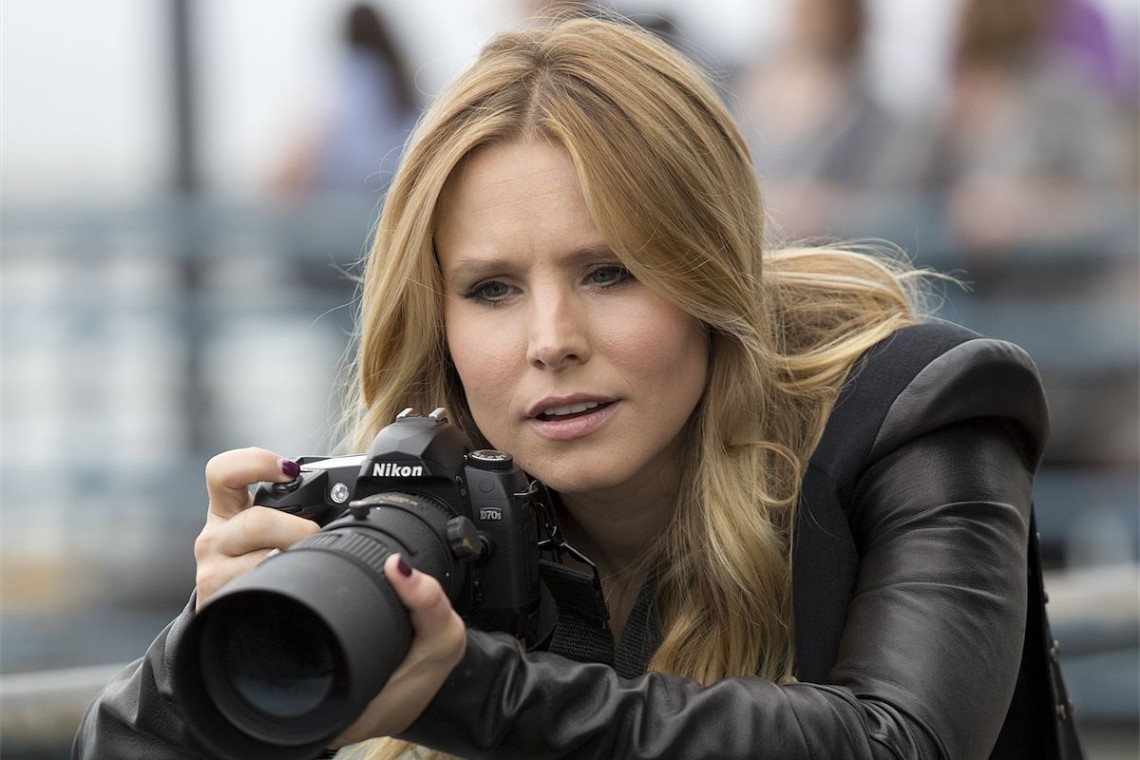 Though a significant portion of its fanbase came late to the party (including this writer), Veronica Mars launched out of the gate 10 years ago this September with one of the few unimpeachable seasons of modern network TV. Its combination of post-Buffy genre and gender politics; a retro throwback to detective fiction that sidestepped hyperreal forensic programs; and sheer wit made it not only the heir apparent to the final curtain call of Joss Whedon’s early-aughts dominion of cult TV but, simply put, one of the most compelling series on television. Its sense of flippant charm blended seamlessly with how effortlessly (but never cheaply) it could punch you right in the stomach, an emotional balance that never wavered in its first season, was effectively maintained in its second, then collapsed in a third and final season that left fans to mourn doubly for a series canceled too soon that also lost its way.

Enter Rob Thomas’ partially crowdfunded feature to not only give fans more time with their favorite person in Neptune but to rescue the property’s reputation from its erstwhile conclusion. The first few minutes of the Veronica Mars movie offer up an extended “Last time on…” introduction, the redundancy of which is made instantly clear by the strictly for-fans-only nature of the story that follows. Uninitiated, beware: Veronica Mars spares no real concern for your lack of foreknowledge, instead assuming the viewer is up on at least the big arcs of the show when it instantly sidelines the promising post-graduate career of Veronica (Kristen Bell), a law student set to join a prestigious New York firm, calling her back to Neptune to defend her most turbulent teen love, Logan (Jason Dohring), from accusations of murdering his girlfriend.

Initially, the film adheres to the worst aspect of these franchise restarters by playing directly to nostalgia over moving things forward. Outlying figures from the show all enter the frame the same way, initially obscured until their faces whip around into full view and the shots linger for a few seconds in pre-programmed breaks for applause and shouts of recognition. When tied to the need to compress a convoluted, twist-ridden mystery into two hours rather than the 15 or so a regular season would offer, this approach can even reduce significant characters like Veronica’s old BFF Wallace (Percy Daggs III) and ex-biker gangbanger Weevil (Francis Capra) to glorified cameos, appearing only to move the story forward instead of resuming the enriching depths once afforded to them. 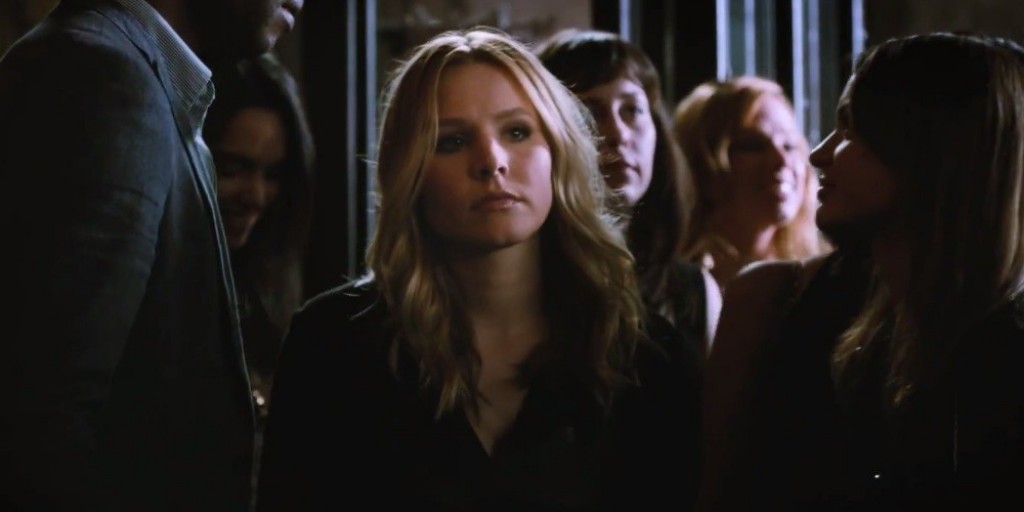 When the film gets down to its selected core of primary characters, though, Veronica Mars picks up like it only went off the air yesterday. Dohring’s Logan was always a minor miracle, a depiction of an unbalanced, thoroughly spoiled bad boy who managed to make his self-pity genuinely tragic and romantic in a way that was dangerous without being downright codependent. It is a delicate balance retained in the overjoyed but embarrassed smile Logan first gives Veronica when she arrives in Neptune, or in his disturbingly unthinking but fiercely loyal violence that breaks out when anyone threatens someone he loves.

Piz (Chris Lowell) once suffered the audience’s wrath simply for not being Logan, but the years have been kind to his memory; instantly backgrounded by Logan’s re-entrance into Veronica’s life, Piz gets a scene so heartbreaking that some of the same people who booed the very mention of his name before the screening groaned with sympathy at his plight. Best of the supporting players is, of course, Enrico Colantoni as Veronica’s dad Keith, whose preternaturally paternal chemistry with his daughter recalls their spunky, supportive energy here and there but primarily manifests in his desperate attempts to get his daughter to return to her promising life in New York, the offense he takes at her returning to this hellhole heartbreaking for the selfless love powering it.

Then there’s Kristen Bell. Like her predecessor in teen-beat deconstruction, Sarah Michelle Gellar, Bell has yet to receive a film role that makes her seem half the natural-born star that her defining small-screen character has. Within minutes of walking back into the world as Veronica Mars, however, Bell recalls what made her seem destined for superstardom back in the day: her impenetrable resolve flecked by weaknesses of the heart she admits but cannot deny, the sharp tongue that typically carries more stopping power than the taser she keeps in her purse. Above all is the manner in which Veronica can suss out the truth with such methodical purpose but still by shocked by her own discoveries that makes the plucky young woman spitting out postmodernist pulp dialogue seem so relatable and human, and Bell handles some of the more revolting twists of the film with that same ability to constantly overestimate Veronica’s sense that she can never be taken off-guard.

The third season of Veronica Mars, faced with network pressure to ease up on the season-long arcs and the increasing demands of complete familiarity to follow along, shifted its formula by mandate but also as a means of exploring its different environment. But the less structured state of college only left the season feeling further fractured. In many ways, this film, about a woman approaching 30 putting a high-profile career in jeopardy to return to the town and people she tried to forget (but never deleted from her phone contacts), fits more logically with its roots than the more natural progression of a teenager heading off to university.

More than any franchise that comes to mind, Veronica Mars suits the notion that high school never ends, and when Veronica and the rest of the characters fall back into their old behaviors (while some people never stopped acting as they did at 17), it plays not as bad, rigid writing but the only possible outcome of her abhorrent hometown’s corrupting and inescapable pull. As such, what could seem like fan service works equally well as pure horror, turning a reunion into a revelation that these people can never truly be free of one another.