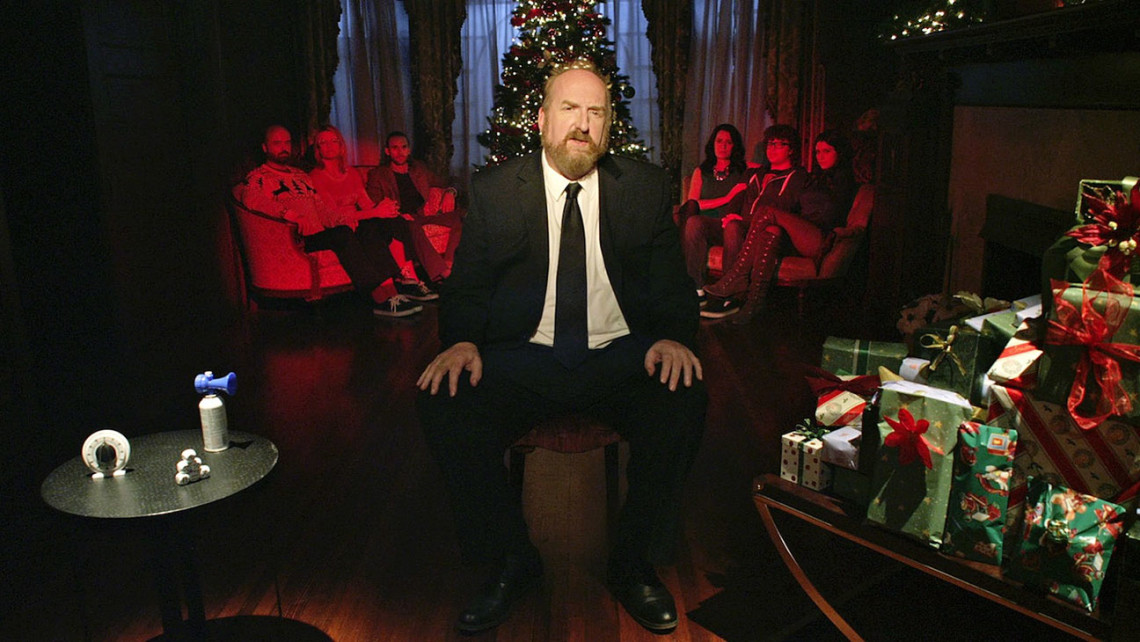 There’s a famous story in which Errol Morris was taking so long to edit his film Gates of Heaven that Werner Herzog promised to eat his shoe if Morris ever finished the movie. This, of course, resulted in Les Blank’s delightful short Werner Herzog Eats His Shoe. Thirty-five years later, the esteemed Morris gets an on-screen credit for “presenting” the odious, agonizingly unfunny Christmas comedy Uncle Nick. I spent the following 93 minutes wondering what kind of absurd bet Morris must have lost to have his name associated with this dire project, and wishing for his reputation’s sake that he’d opted to maybe chow down on some footwear instead.

I was not offended by the subject matter of Uncle Nick so much as I was by the lazy lameness of the gags. Basically, if you’re going to structure a movie around a middle-aged alcoholic trying to bone his barely legal niece, you should probably come up with better jokes than the ones in Mike Demski’s sorry screenplay. It’s the kind of movie that seems to think saying the word “cunt” in close proximity to Christmas decorations represents some sort of grand subversion, when really, it’s just embarrassing for being so inanely pleased with itself.

After the arrival of Nick and Cody’s gassy sister (Missi Pyle) and her sad-sack podcast-crazy husband (“30 Rock”’s Scott Adsit) for a predictably unpleasant and desperately overlong dinner sequence, the film makes a bizarrely bathetic tonal shift. Director Chris Kasick has thus far been intercutting the family affairs with black-and-white inserts and discussion of a notorious Cleveland Indians game that turned into a melee thanks to the stadium selling ten-cent beers. The Morris-esque close-ups of drunken-streakers and ominous slo-mo mayhem suggest impending doom for a Christmas Eve that just plain peters out.

Uncle Nick wants to revel in the main character’s anti-social antics, then attempts to make him a hero in the chickenshit final act. It’s a massive cop-out and the ill-advised turn towards serious drama renders Posehn even more awkward and adrift. (Long, silent gaps between characters’ line readings leave his deadpan delivery asphyxiating in a vacuum. Boy howdy, this is one badly edited movie.) Mostly, the film just reminds you what a holiday miracle Bad Santa really was, and a role model not to be emulated.