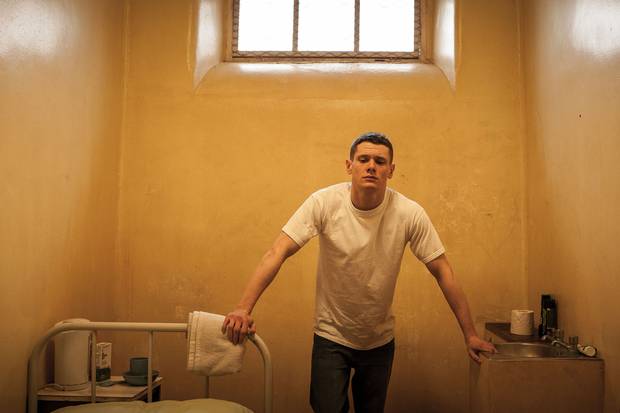 Starred Up, the indie drama that surprised audiences at festivals such as TIFF and Telluride has just been picked up by Tribeca Film. The plan is for a 2014 release.

The prison drama boasts a stunning performance from newcomer Jack O’Connell and supporting turns from Ben Mendelsohn and Rupert Friend.

Director David Mackenzie is known for his controversial work, with films like Young Adam, Hallem Foe, and Asylum under his belt, as well as 2011’s Perfect Sense, a highly underrated drama about a world where humanity loses each of our five senses. Starred Up looks to be a career making film that may get this independent director some well-deserved attention.

The screenplay is written by Jonathan Asser who has already been awarded with the Best British Newcomer Award at the 2013 BFI London Film Festival.

The film follows Eric, a 19 year old man who is extremely violent and has been moved to an adult prison facility, where his father also happens to be held. Eric is faced with the choice to try and turn his life around when he is approached by a volunteer psychotherapist who runs an anger management group for prisoners.

The struggle that Eric goes through is heightened as his relationship with his father is uncertain; does his father support him or is he one of his enemies?